Building unity in the body of Christ 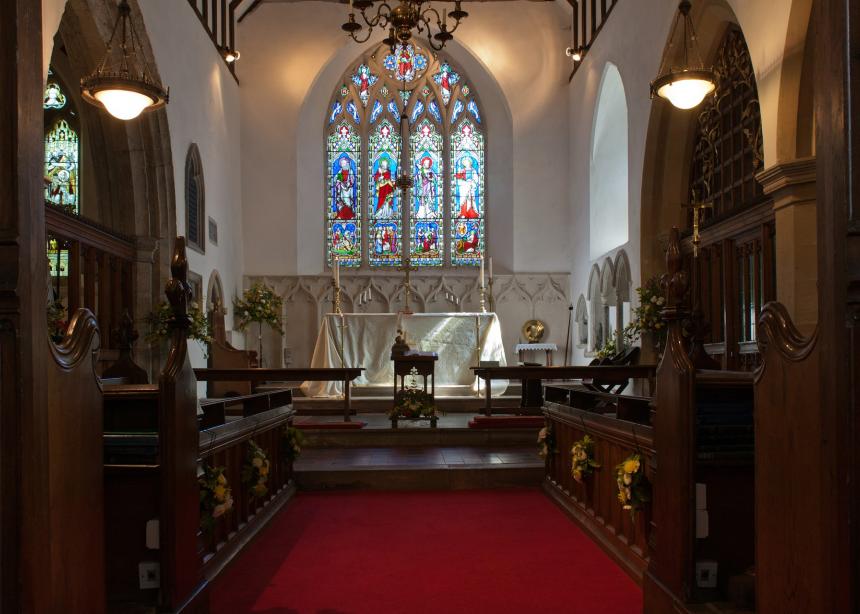 A group of 12 people from both denominations gathered from May 24 to 26 at the University of Manitoba’s St. John’s College in Winnipeg. They spent the weekend sharing the struggles each church experiences and the resources they offer, a practice they have labelled the “exchanging of gifts.”

“It seems that denominational affiliation is becoming less important, and Christianity is shrinking in many sectors in Canada,” says Melissa Miller, interim pastor at Home Street Mennonite Church in Winnipeg. “So it seems more important that Christians from different denominations engage with each other and learn from each other and lay down some of those divisions.”

Miller is the Mennonite co-chair of the dialogue, and Christopher Trott, warden of St. John’s College, is the Anglican co-chair.

The Anglican Church of Canada-Mennonite Church Canada dialogue began in 2016, when both conferences approved a resolution. It had its first face-to-face meeting in 2018. The group is now in its third year of a three- to five-year mandate, and meets annually in person with additional virtual meetings in between.

When the group started out, members deliberately entered into an open-ended conversation, establishing no specific goals beyond the mandate of a reciprocal exchange of gifts. Miller says the traditional idea of quantifiable “progress” that people expect from meetings is thus hard to grasp in this situation.

Miller says Anglicans want to learn from Mennonites about life on the margins, as their position in Canadian society becomes less prominent, and Mennonites want to learn why so many from their denomination are continually drawn toward Anglican worship services. But rather than making assumptions and limiting themselves, the group is keeping an openness to the question: “What are the gifts our denominations can share with each other?”

This year, members engaged in “gospel-based discipleship,” an Anglican practice similar to lectio divina, in which they read Scripture repeatedly and shared reflections on the passage and where they felt the Spirit leading.

Their second order of business was engaging in learning and reconciliation with Indigenous peoples. Local Indigenous elders Velma Orvis and Vince Solomon shared about their experiences as Indigenous Christians. Their faith is shaped by both traditional Indigenous spirituality and Christianity.

Miller appreciated their teachings. “The Anglican-Mennonite dialogue is enriched by hearing from Indigenous peoples who have extensive ‘interfaith’ experience,” she says. “In the same way that I am open to understanding the gifts of the Anglican tradition, I see much to learn from the gifts of Indigenous peoples and their understanding of the Creator.”

Both denominations are responding to the Truth and Reconciliation Commission’s recommendations to churches. Kerry Saner-Harvey, Mennonite Central Committee Manitoba’s Indigenous Neighbours Program coordinator, offered a reflection on Canadian Mennonites’ past and present engagement with Indigenous peoples. Trott gave a similar report on behalf of the Anglican denomination. The group also engaged in lament, noting the harms done to Indigenous peoples by settlers.

The weekend of meetings concluded with worship at Home Street Mennonite Church. Group members led the adult Sunday school class before the service, introducing congregants to what the Anglican-Mennonite dialogue has been doing and why it exists. A process that has so far been contained to a small group is now beginning to spread to the wider church community.

Miller calls it “a kind of curiosity and hunger” to engage with each other. “As we continue the dialogue, we deepen our understandings of each other’s histories, structures, passions, practices, fears and hopes,” she says. “As the dialogue evolves, we hope to build more unity in the body of Christ.”