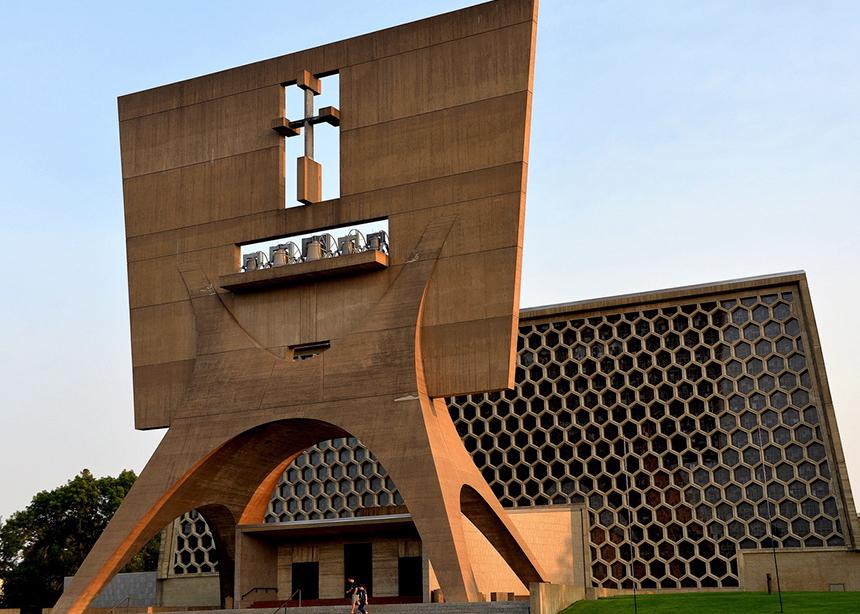 Time does not erase the past, but intervening centuries have led some to a sort of Reformation reconciliation. Differences remain, but a good number of people now travel bridges between Mennonite and Catholic worlds. The upcoming Bridgefolk conference in Winnipeg will celebrate such cross-denominational connections and grapple with lingering divergences, just as Bridgefolk conferences have for 20 years.

Bridgefolk started when about 25 people met at a Mennonite retreat centre in Pennsylvania in 1999. Two years later, Abbot John Klassen of St. John’s Abbey in Minnesota—one of the largest monasteries in the world—offered to host annual gatherings. Although the Abbot did not grow up Mennonite, as his surname might suggest, his endorsement lent credibility to the movement.

Conferences have happened at the Abbey and elsewhere. The July 25 to 28 event at Canadian Mennonite University in Winnipeg will be the second Bridgefolk conference in Canada. The theme is “Indigenous-settler reconciliation.”

Biff Wideman plans to attend, as he did the original gathering in 1999 and every conference since.

He “wandered” into the Mennonite church in Indianapolis in his mid-20s. He has held to that Mennonite identity—and later served as a Mennonite pastor—but he also had yearnings that led him down Catholic paths. Early in his journey, he came upon a book called Ordinary People as Monks and Mystics that awakened an awareness of something he had felt drawn to but could not name.

He visited a monastery in Wisconsin and another in Michigan, recognizing some of the same things that attracted him to Anabaptism: “non-conformity, humility, hospitality, simplicity of life.” During that period he was invited to the first Bridgefolk gathering.

For Wideman, Mennonite-Catholic connection is more than an annual conference; it is daily life. In 2011, he married Margie Pfeil, a theology professor at a Catholic university (Notre Dame) and co-founder of the Catholic Worker House in South Bend, Ind., where they remain involved. Fittingly, they met at Bridgefolk.

In a phone interview, they spoke about their weekly “liturgical double-header”—Catholic Mass followed by a service at Kern Road Mennonite.

Pfeil's path to Bridgefolk involved Gerald Schlabach—a co-founder of Bridgefolk—who was at Notre Dame and knew she was a peace-minded Catholic who, as such, sometimes felt like she was in the minority in her own tradition. Schlabach invited her to Bridgefolk.

While Bridgefolk has involved scholarly endeavours, at the core it is very simple: people on the bridge between Catholic and Mennonite worlds "proceeding in friendship," to use a common Bridgefolk phrase. Wideman compares conferences to family gatherings. He talks about friendship, sharing personal stories, validation and a basic unity.

Each conference has a theme, as well as a hymn sing followed by an ice cream social. Foot washing is also part of the tradition, as is communion. That is where things get tricky. Catholic Canon Law is breathtakingly complex but, in simplest terms, non-Catholics are not permitted to receive communion in a Catholic service.

During a talk at Goshen College in 2015, Pfeil said of that rule, "it feels very exclusive because it is."

But amidst the intricacies and Canon Law, and particular local practices, lies some grey area. Pfeil says many Mennonites go forward for communion when Bridgefolk meets at St. John's. She said in the 2015 talk: "It's up to each person, in conscience, to discern in their hearts whether they are prepared to receive eucharist and, if the answer is yes, no one can say no."

That is how the monks at St. John's explain it she says.

Still, she tells me, "it is delicate." The Bridgefolk community has "grappled with being separated at the table" as long as she has been involved. She speaks of the value of people getting to know one another well enough to talk about the tensions, as well as the need to accept where the institutional churches are at, while celebrating the many points of connection and holding to the "eschatological hope of being united in Christ." Pfeil then returns to the Bridgefolk mantra of proceeding through friendship.

For Pfeil and Wideman, ecumenism is a way of life. He speaks about being "fairly regularly surprised" by the "unexpected blessings" when people discover places of common ground across denominational lines.

As they look forward to the Winnipeg conference, they "invite people who find themselves interested or curious to come and participate." For conference details, visit bridgefolk.net/conferences/bridgefolk-2019.

This article appears in the June 24, 2019 print issue, with the headline “From rebellion to reconciliation."

Further reading:
Building unity in the body of Christ
On the bridge between Mennonite and Catholic shores 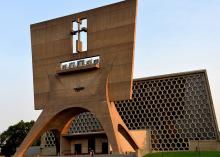