Sharing gifts in a post-denominational era 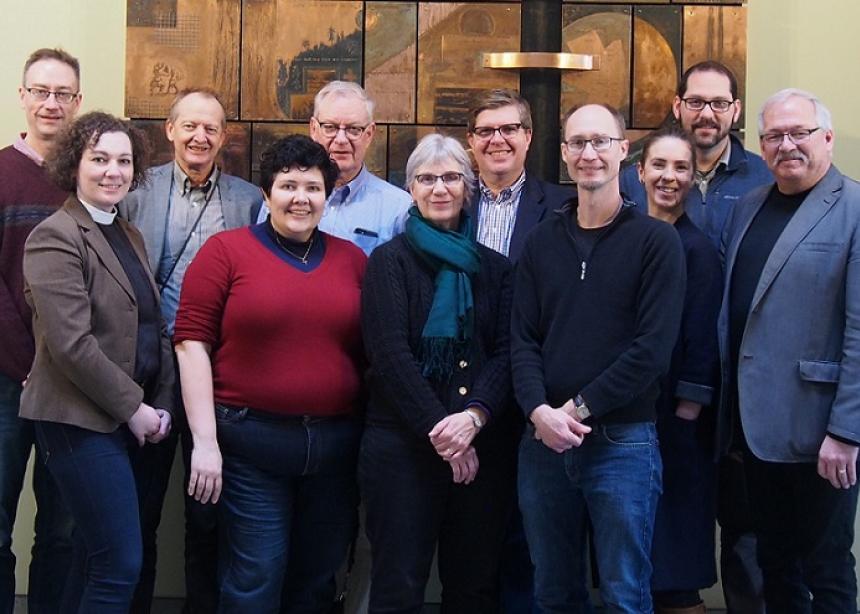 As the Anglican Church of Canada has increasingly found itself on the margins of power in Canadian society, it decided to reach out to a group of fellow Christians that has long been in the position. At the invitation of the Anglicans, a group of Mennonite Church Canada leaders and lay people met with their Anglican counterparts at Conrad Grebel University College in Waterloo on Feb. 2 and 3, 2018.

According to Melissa Miller, Mennonite co-chair of the dialogue, this is not a one-way conversation. “Mennonite are interested in Anglican liturgy, use of Bible, regularity of communion and rituals,” she says.

Willard Metzger, MC Canada’s executive director, echoes this sentiment, noting “that more and more Mennonites are in Anglican worship and congregations. . . . What is drawing them? What is missing in our worship that can be found in Anglican worship?” he wonders.

On the other hand, Anglican priests are naming themselves as Anabaptist, according to Metzger, and Miller points out that Mennonite materials on Indigenous-settler relationships are being used by Anglicans.

Mennonites are interested in how Anglicans keep together a disparate body that ranges from Anglo-Catholic to evangelical, especially as some issues are presently deeply dividing Mennonites. “As all Christian denominations are shrinking,” Miller said. “It is important to talk and to imagine the future of Christians working together.”

Unlike MC Canada’s dialogue with the Evangelical Lutheran Church in Canada a few years ago, this dialogue is not aimed at full communion, but rather at sharing gifts, including the possibility for shared mission projects.

During the days of dialogue the group worshipped together twice, taking turns leading.

While future discussions are envisioned, no dates have been set.

Miller says that the dialogue is planned with “an open and generous spirit about shaping the future by all participants . . . the relationship will develop organically, with no pre-determined outcomes.”

Other Mennonites taking part in the dialogue were: