‘A bigger impact in the neighbourhood’ 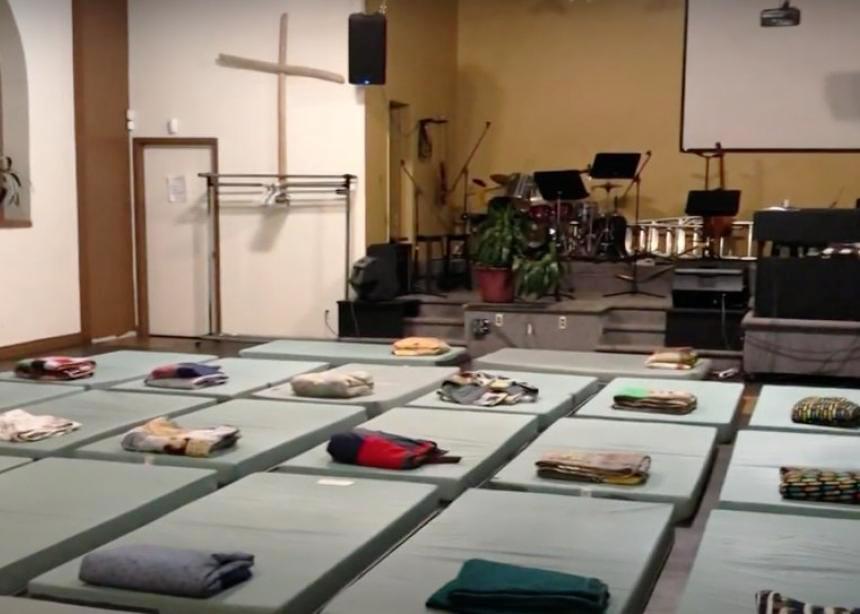 In October, Care Montreal opened seven nights a week as a licensed shelter after completing extensive renovations. Now volunteers at the shelter, housed at Hochma, a Mennonite Church Eastern Canada congregation, provide supper in the basement at 6 p.m. for 70 people who are homeless.

Guests can take a shower or play games. There is time for volunteers to establish a relationship with the people who come off the street to seek shelter for the night. By 9 o’clock, those with tickets for the night move upstairs and find one of 30 mattresses to sleep on. Another 20 people can sit inside overnight, out of the cold. Breakfast is served at 6 a.m., and by 7 the place clears out so other volunteers can prepare for the next night.

Hochma takes its name from the low-income Hochelaga-Maisonneuve area of Montreal, where it is located.

Sylvain L'herault serves as night director from 9 p.m. to 8 a.m. He came to Hochma for its Sunday breakfast years ago while struggling with homelessness and addiction. The church offered him friendship and support. After overcoming his addictions and committing his life to following Jesus, he helped to start Care Montreal.

“He is on a mission with Jesus in the neighbourhood to help the city become more and more Christlike,” said Lyne Renaud, pastor of Hochma, as she shared her “firestarter story” to spark the imagination of the church at MC Canada’s Gathering 2019. “Truly, no one is better to take care of that centre because people in the neighbourhood have seen the changes in this man’s life.”

Care Montreal’s official opening came at the right time. According to a CBC Montreal story, the unseasonably cold weather and early snowfall in November put a strain on homeless shelters in the city.

The renovations to the Hochma building were done by Mennonite Disaster Service volunteers, with resource support from MC Eastern Canada, so the building could be licensed as an overnight shelter. New kitchen and bathroom facilities with showers were installed, as well as Sunday school space and a pastor’s office. Some more upgrades to the worship space are still needed. Mennonite Central Committee Ontario provided quilts to replace threadbare bedding used in the shelter.

“Hochma wants to say a big thank you to all the [MC Eastern Canada] family and churches that took part in our renovation project,” Michel Monette said. He is co-founder of Care Montreal, chair of the board and general manager, and he currently fills in as pastor at Hochma while his wife Renaud recovers from a health emergency.

Monette describes in an email what inspires the work of Hochma and Care Montreal: “Jesus is the centre of all our actions. We do this because we think that Jesus would be there with us doing it. We work to reduce social injustice by providing free food, a free bed and friendship to the most fragile and vulnerable people of our city. . .Jesus was homeless. I think he would have appreciated a good meal and a warm place to sleep.”

Monette further describes what a difference the expanded ministry of Care Montreal is making in people’s lives. It allows us “to increase our time with them . . . have a bigger impact in the neighbourhood.”

Monette also fundraises for Care Montreal, since the shelter does not receive money from any government. “Please pray for us,” he asks. “We do this as volunteers, but it is exhausting.” 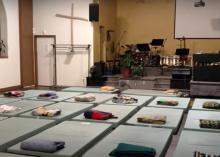