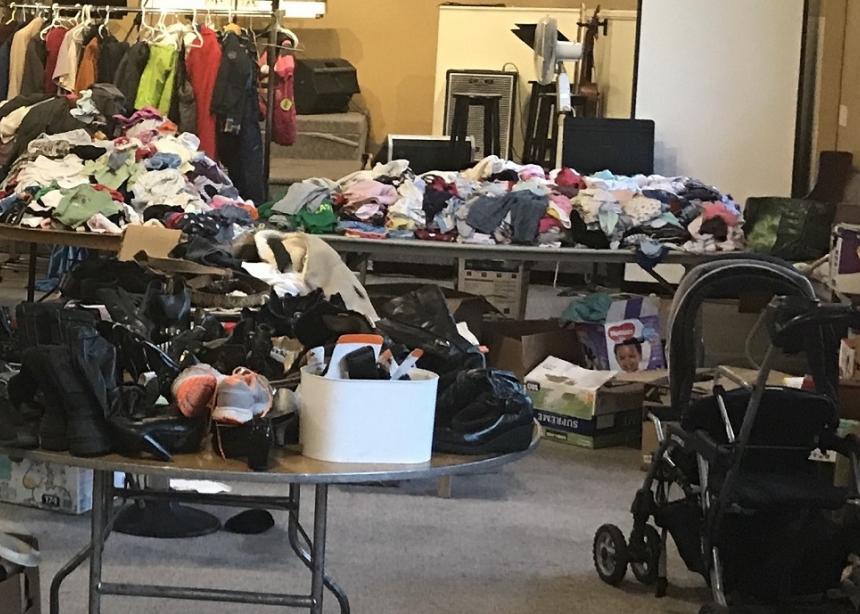 Not feeling safe in the United States, a young woman climbed on a plane and flew to Montreal with her children. But the U.S. is considered a safe country for refugees, so she was forced to return. Still afraid, she crossed the border into Quebec and ended up at Coalition d’aide aux réfugiés à Montréal (Coalition to aid refugees in Montreal), housed in the Hochma church building.

Hochma is a Mennonite Church Eastern Canada (MCEC) congregation located in the Hochelaga-Maisonneuve part of Montreal. At the height of this summer’s flood of refugees, 30 to 50 people were arriving daily, but Michel Monette, on staff at Hochma, noticed the woman and listened to her story. A Palestinian, from Gaza, she fled because her husband was politically active in a way of which Hamas disapproved. Hamas used her house as a location from which to shoot missiles and so it was destroyed by Israel. She can’t return home where her husband is imprisoned, she can’t stay here, and she feels unsafe in the U.S.

This is only one of hundreds of stories Monette and the others involved in the Coalition have heard since they opened their doors on Aug. 8, 2017. Brian Bauman, MCEC Missions Minister alerted Monette to a YWCA video showing the overflow of refugees in Montreal. A group of local pastors met on the Aug. 5 and decided to do something about the busloads of refugees, mostly from Haiti, who were arriving.

After announcing the work to the congregation on a Sunday morning, Monette, who has a business in IT, spent the rest of the day installing computers and a network in the church basement. Mennonite Central Committee (MCC) Quebec and Maison de l’amitié are part of the 20-congregation group, including Mennonite Brethren, who are involved.

Haitians are leaving the U.S. for fear of being sent back to Haiti, which has not recovered from the earthquake of 2010, and has more recently been ravaged by Hurricane Matthew in 2016. Monette speaks Creole, an advantage in working with Haitians.

The flow of refugees at the centre is down to 10 to 20 per day now. Monette hopes in this “lull” to work at planning and organizing and also getting financial support for long-term support. His company and church have been major supporters—$35,000 so far.

MCEC is facilitating donations via the website. Contributions designated “Haitian Montreal” will go to Monette and his network of churches to continue this important work. A CBC story is available here.