The allure of horror films 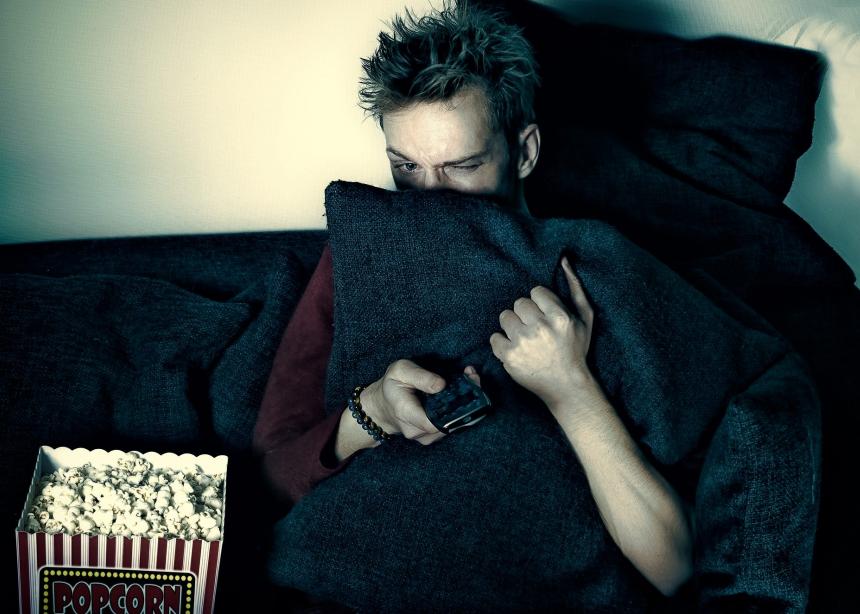 'Why do I enjoy watching horror movies?' (Image by Sammy-Williams/Pixabay)

Halloween is a few weeks away, and I don’t know about you, but I can’t wait to watch some horror movies to get into the spirit.

I just stopped and re-read that first sentence and I can’t help feeling like a deviant. This is Canadian Mennonite after all, a magazine in which you’re more likely to read about The Passion of the Christ than you are about The Shining. Horror movies have historically been considered taboo for many Christians and non-Christians alike.

They were certainly verboten in my household when I was growing up. I didn’t believe in ghosts, vampires, werewolves, UFOs, astral projection, mental telepathy, ESP, clairvoyance, spirit photography, telekinetic movement, full-trance mediums or the Loch Ness monster, but I believed in the devil and hell. Whatever I learned at home and in church left me with the impression that, much like listening to the riffalicious rock ‘n’ roll of Ozzy Osbourne, watching horror movies was akin to sending Beelzebub a handwritten invitation to be my Dark Lord.

I no longer think that way. And, at this very moment, I’m not particularly interested in whether or not my pop culture choices are wise. Ultimately, I don’t know that the average horror movie is any more transgressive of Mennonite values than the average action film.

What I am interested in is this question: Why do I enjoy watching horror movies?

In thinking about my answer, I reached out to two people. One of them is a horror aficionado named Joey Penner. He’s my cousin and one of my best friends. We were born a month apart, we went to Sunday school and youth group together, and we were baptized on the same day. All that’s to say, we had very similar upbringings. I thought hearing about his experiences might help me articulate my own feelings.

“There’s so much to be said for just the atmosphere [horror movies] create,” Joey said. “I don’t know what it is about momentarily living in these dark shadowy worlds but, I guess, because it’s so different from my reality, there’s something thrilling about it.”

He went on to explain that the horror movies he gravitates toward involve a ghost of some kind. Usually this ghost is haunting a house belonging to a white, upwardly mobile suburban family. “This middle American family thinks they’re doing all the right things by living the way the textbooks tell them to . . . and that’s taken away from them in the form of this haunting they can’t escape.”

That concept intrigues Joey, although he couldn’t name why. “These really traditional [North] American values that everyone’s trying so hard to uphold are kind of useless, ultimately, in the face of a power that’s way beyond their control,” he said. “The haunting becomes a symbol for chaos being always present, and you can’t just avoid it forever. The things we’ve come up with to be our safety nets [could] fail at any given moment.”

Prior to calling Joey, I talked to Murray Leeder, a lecturer in the University of Manitoba’s Department of English, theatre, film and media. He holds a PhD from Carleton University in Ottawa and his books include 2018’s Horror Film: A Critical Introduction.

I asked him why people who watch horror movies enjoy being scared.

“I think, in actuality, people don’t like to be scared,” he replied. “If you’re in a [real-life] circumstance that would really scare you, you would avoid that.”

Horror movies, however, give viewers “the physiological circumstances of being scared—it induces reactions [like] making people scream or making their hair stand up—but in an environment you know is safe,” he said. “So I think it’s a way of sampling those extreme kinds of versions of human experience in a way that ultimately is free of consequences.”

So why do I enjoy horror movies? Like Joey, I get some thrills from spending time in shadowy worlds that, at first glance anyway, are different from my own. I’m not sure I need another reminder of how chaotic life can get and, God knows, there are enough real-life scenarios that frighten me, whether it’s the COVID-19 pandemic, fascism or the climate crisis.

I suppose one of the things I like about horror movies is that, no matter how intense the action gets, everything gets resolved in 90 minutes. If only that were true of real life. 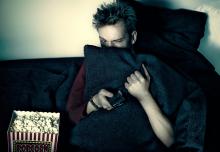 'Why do I enjoy watching horror movies?' (Image by Sammy-Williams/Pixabay)

In contrast to Aaron, everything does not get “resolved in 90 minutes” for me. The gruesome and bloody images, along with the fear, terror and revulsion they evoke, stay with me and haunt my sleep. Personality differences? Or a generational difference in exposure to violence?