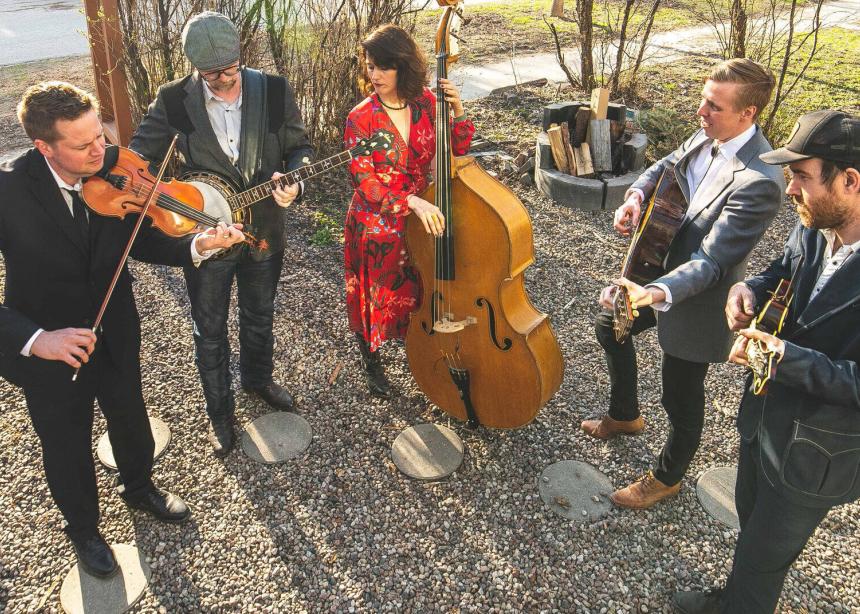 After more than two years of putting a pause on performing, Manitoba bluegrass quintet the Stanley County Cut-ups is finally playing again.

“I would say that the cogs are back in motion for musicians,” says Jess Reimer, the band’s bassist.

For the Cut-ups, this is a busy summer. The group has already played at multiple venues, including the popular Winnipeg Folk Festival at the beginning of July.

“This is the first summer where things feel like a real music summer,” Reimer says. “There’s a lot of festivals happening for us.”

Rounded out by Jeremy Hamm (mandolin and fiddle), Jeremy Penner (fiddle), Tim Osmond (banjo and dobro) and T.J. Blair (guitar), the Cut-ups had not played together for very long before the COVID-19 pandemic started.

“It’s a bit of a blur, but we had just formed as a band and had played a few shows,” Reimer says. “We’d had a few festivals lined up for that summer and those all got cancelled, and it was just like a pause.”

Now that the cogs are back in motion, the band has been able to play their best songs.

“There’s an essence that we’re going for,” Reimer says. “We often pick these bluegrass songs that have ‘that thing’ when it comes to the harmonies.”

“And, we even named our band after one of the main guys, which is [American bluegrass musician] Ralph Stanley. He has that—I call it the ‘moan-groan’—he’s got this voice that, like, you can feel the pain in it when you listen. He’s got that sound that we really love.”

The Stanley County Cut-ups are scheduled to perform Aug. 19-21 at the Northern Lights Bluegrass Festival in Big River, Sask.

Related stories:
Gospel songs with an edge: Jess Reimer and Jeremy Hamm explore faith and doubt on Down the Valley
The luthier of La Riviere