Gospel songs with an edge 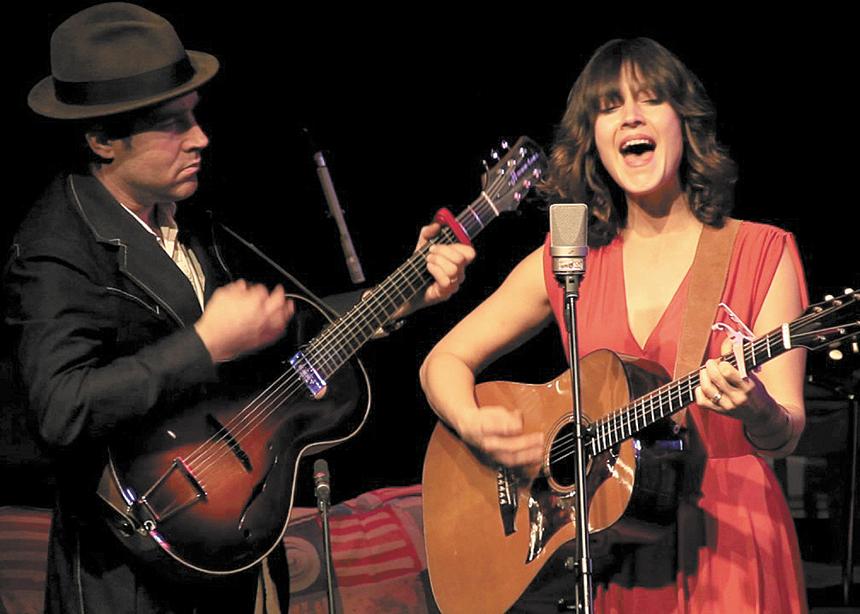 Jeremy Hamm and Jess Reimer have been playing music together for more than 15 years. (YouTube photo)

Jess Reimer recalls the first time a friend told her about Jeremy Hamm, the man who would become her musical partner and husband.

“I remember being excited there was a guy who wasn’t a senior citizen who was into bluegrass like me,” she says.

When the two met in 2002, they connected immediately. “Within 10 minutes, we were playing bluegrass songs together,” says Reimer. “We were smitten right away.”

The most recent fruit of the duo’s musical labour is Down the Valley, which they released last November.

Reimer wrote most of the 11 bluegrass-folk songs that appear on the album while living with Hamm and their three children in La Rivière, a small village in southern Manitoba’s Pembina Valley.

On songs like “I Want to Believe” and “Knockin’, ” Reimer and Hamm—who attend Pembina Mennonite Fellowship, a house church that’s part of Mennonite Church Canada—explore their faith.

“Writing gospel is what I love,” Reimer says. “I like to put an edge in my gospel songs.”

On “I Want to Believe,” Reimer expresses her desire for a stronger faith in the midst of her doubts. “I think a lot of people go through periods of feeling alone in their faith, or questioning it, or not quite knowing how to connect to it, and I think that has gone into my gospel songs,” she says.

Her songwriting is also informed by the unconventional life she’s lived—unconventional, at least, given the culture of the small, predominantly conservative Mennonite southern Manitoba city where she grew up.

“I’ve lived life to the fullest probably,” she says. She’s done a lot of travelling and had a child on her own prior to meeting Hamm.

Her father Doug is a retired University of Manitoba English professor who taught Reimer and her brothers to think for themselves.

When Reimer was a teenager, she came home from a youth event, upset because the speaker had said that rock music like U2 is part of the occult. “Don’t worry,” her father told her. “There’s no such thing as hell.”

“I grew up with this very different, not oppressive relationship with religion,” she says. “That has shaped all my perspectives, and I think there’s a place for that.”

Reimer has always had a special relationship with her father. The two used to perform together as the Doug and Jess Band. He also appeared on Reimer’s two solo albums, 2010’s Sweet Darling and Sorrow and 2014’s The Nightjar and the Garden, the latter of which was produced by Bob Wiseman, a founding member of Blue Rodeo.

“In any kind of family band, the genetics make it so that your voices work together in a way that’s pretty rare,” Reimer says. “Singing with my dad is easy. It’s like sleeping or breathing.”

Although Reimer and Hamm have toured across North America in the past, they are looking forward to keeping things local for the foreseeable future. She works part-time playing music for patients in a local hospital and also teaches English as an additional language. She and Hamm are currently in the process of moving their family to Winnipeg, where Hamm, a luthier, recently moved his business.

They have a show scheduled for May 12, 2018, at the Krahn Barn in Neubergthal, Man., and they hope to perform at a few folk festivals in southern Manitoba this summer.

“And I want to make another bluegrass record,” Reimer says. “So, we’ll just keep doing what we’re doing.” 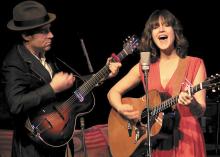 Jeremy Hamm and Jess Reimer have been playing music together for more than 15 years. (YouTube photo) 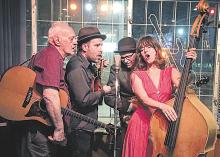 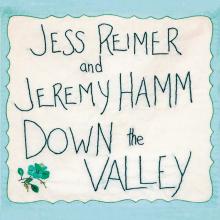 Down the Valley album cover