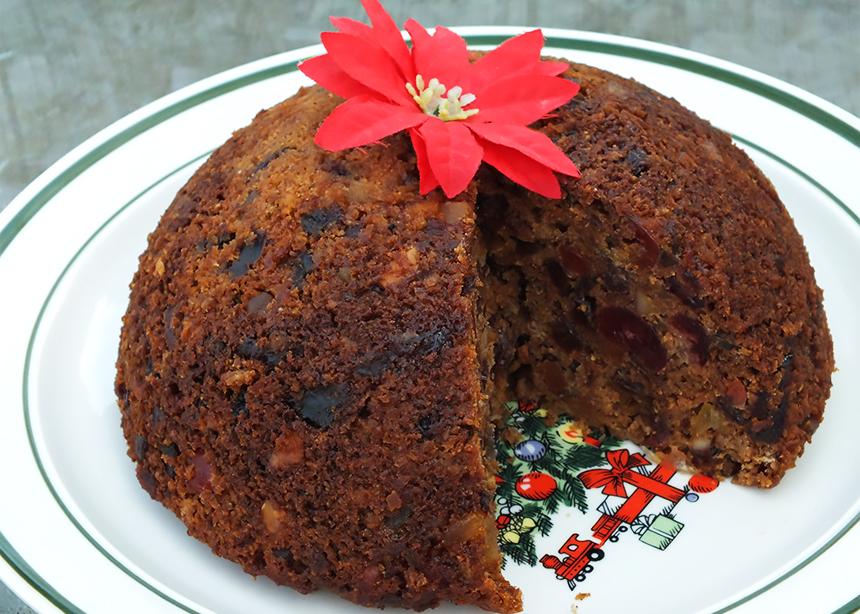 This recipe comes from my husband’s “Aunt” Nancy who was an English war bride. I cut the recipe in half and made a few adjustments to suit my preferences.

To see the story that goes with this recipe go to "Christmas pudding a long time tradition."

Combine these ingredients in a heavy pot or a glass 2-cup measuring cup if using the microwave. Heat, stirring frequently until it boils and thickens. Add:

Cream butter until soft and add salt and rum flavouring and gradually add icing sugar. Divide into three, adding green and pink colouring to two of the batches. Chill. Using your hands, roll into balls about 2 cm in diameter and chill. Serve cold with warm Christmas pudding.

Here is Ethel Draper’s recipe for Christmas pudding that she copied into her recipe scrapbook about 100 years ago. It belonged to her mother, Annie, who was born in England in 1851 and came to Canada in 1902.

A little almond flavouring and mix with milk. Boil 10 hours.

If you use three or four eggs, you can omit egg powder and use pastry spice.

(This quantity made one large one [in 5 lb. honey pail], two fair-sized ones in basin and small one as a taster.) 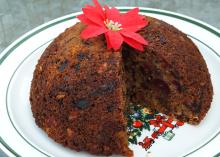