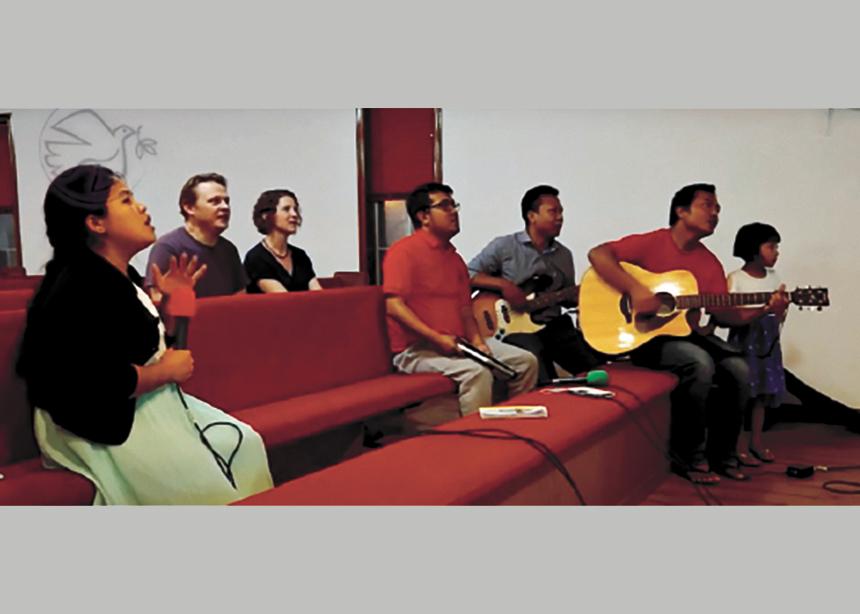 In 2017, the Calvin Institute of Christian Worship awarded members of the Voices Together hymnal committee a grant to explore Mennonite worship in communities that worship primarily in languages beyond English. Katie Graber, Bradley Kauffman and Darryl Neustaedter- Barg represented the committee on their visits to 11 congregations, ranging in location from Vancouver to Fort Myers, Fla.

The goal of the project was to equip the committee to create a more expansive denominational worship resource. Kauffman, Voices Together’s general editor, said of the study: “Since we don’t all identify as hymn singers, this study will help bring a breadth of worship practices and needs more clearly into focus. A single hymnal cannot serve every congregation, so we hope to build something representative of a range of practices that are giving life to Mennonite worship.”

When the group visited Chin Emmanuel Baptist Church in Houston, Texas, a Mennonite Church U.S.A. congregation, the congregation’s worship band was prepared to teach three of their “heart songs”: the songs they cherish the most. After sharing “What the Lord Has Done in Me” by Hillsong, and “Above All,” most prominently recorded by Michael W. Smith, they shared a new song called “Jehovah Shammah.”

The piece, now titled “Zisuh nih a zultu hna sinah (Peace Be With You! Jesus Told His Friends)” is No. 165 in Voices Together. The worship band explained that the piece was originally written by a Chin person who converted to Christianity early on. One of the band members, Olivia Tluang, described what makes the song so special: “We like this song the most because it was written by one of the people who first knew Jesus and received God . . . and when he composed this song . . . he reminded us that God is our provider and our caregiver. I really like the lyrics and how the song flows.”

The hymn writer was evidently influenced by turn-of-the-20th-century gospel hymns; the melody bears some resemblance to ones like “I Have Found a Friend in Jesus (Lily of the Valley),” published in 1881 and included in the 1940 Mennonite Hymnary.

The song is intended to be sung rather quickly, so some communities may find it helpful to go over the text before singing it. The piece can be done in a contemporary style, accompanied by guitar, keyboard, bass and drums, or it can be done more simply with just acoustic guitar or piano.

The church pastor, Simon Tlumang, provided a rough English translation for the Chin text. The Mennonite Worship and Song Committee then created a more nuanced English translation. The version in Voices Together presents two verses in Chin, followed by two verses in English. The English chorus reads: “Holy light is shining in our hearts. Holy peace is flowing in our breath. God has promised us the things we need, giving us the vict’ry over death. Hallelujah, all praise and glory to God.”

A celebration of God’s provision and abundant care, this piece offers a way of joining with Mennonite siblings who worship in a range of languages, places and ways.

Anneli Loepp Thiessen is co-director of the Anabaptist Worship Network and was a committee member for Voices Together. 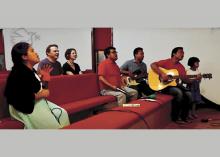