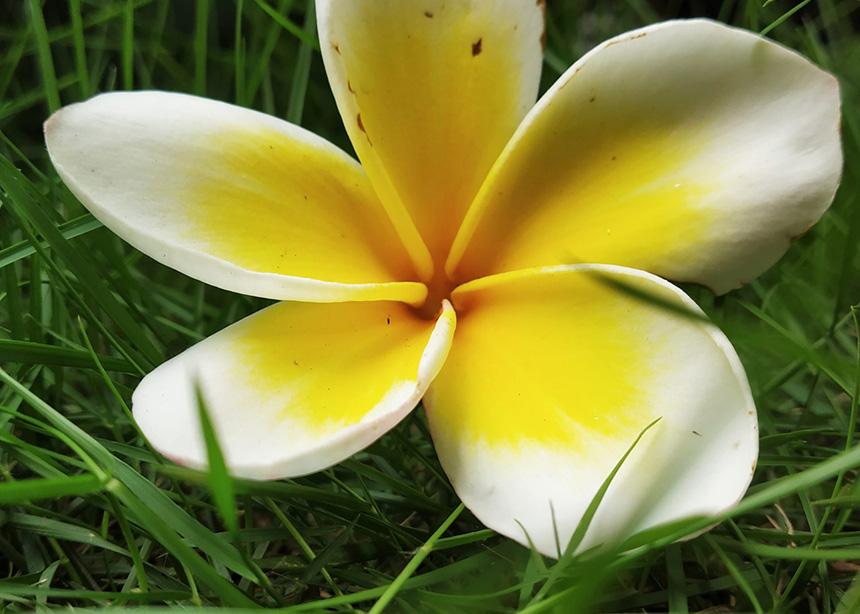 Duang Champa, the name of the folk melody, is a translation of the name for the Lao national flower, the plumeria. (PixaHive photo by Prabhakiran (CC0 licence))

“Dear friends, we’re one in Jesus’ love, restored to hope, so trust him fully, he’s the Lord who calls us friends.” Voices Together’s No. 525, is a simple and lilting Laotian traditional melody, with lyrics that describe Jesus’ followers as friends. The song is featured in the “Sharing our Stories: Family, Friendship, and Marriage” section of Voices Together (VT), filling an important need for songs that touch on themes of companionship, relationship with each other and friendship in Christ.

Matthew Boutda, music director of Leaside United Church, who grew up at Toronto United Lao Mennonite Church, first encountered the song in its current iteration in the 2000 hymnal, Sound the Bamboo, a hymnal of music from around the world that was specifically compiled for Asian Christians. There are several other selections from Sound the Bamboo featured in VT. These include No. 115, “Praise Be to God,” a Japanese traditional song with text by Nobuaki Hanaoka; No. 567, “Prabhoo Lay lay (Savior Jesus, Enfold Me),” a piece first written in Urdu by Samuel Paul from Pakistan; and “Nyanyikanlah nyanian baru (Sing to God a New Song),” a song in Indonesian based on Psalm 148 and set to a traditional Batak melody.

To see more pieces in common between the two hymnals, visit Hymnary.com, that allows for a comparison of texts and tunes between hymnals on its website.

Boutda was already familiar with the tune of “O phi nong oei” when he encountered it in Sound the Bamboo. He says: “Growing up in the Laotian community, this folk tune melody, also known as Duang Champa, would often be accompanied with dance, especially during Lao festivals and events. It is quite a popular melody!”

Duang Champa, the name of the folk melody, is a translation of the name for the Lao national flower, the plumeria. Unlike the tune, the text of the piece in Sound the Bamboo was unfamiliar to Boutda. He says that neither the text writer nor the translator are known. It is speculated, however, that the Christian text was likely written in the 20th century, when the tune name became known as YESU HAK, which translates to “Jesus’ love.”

A consultant on Laotian resources for VT, Boutda agreed to write a piano accompaniment for the piece. His arrangement is simple enough for many pianists to feel comfortable playing, but it contributes to the flowing, forward motion of the piece. The accompaniment edition and pew edition of VT also include guitar chords for the piece, making it a suitable choice for guitarists who want to lead music from intercultural contexts.

When teaching the song, Boutda encourages communities to share a video with some context on the song, which can be found on MennoMedia’s YouTube channel under the Anabaptist contributors playlist. On how he hopes that the piece will impact Mennonite communities, Boutda says: “Especially during Asian-Heritage Month through the month of May, I encourage congregations to sing this song in community. I hope it will stir up some good discussion and invite congregants to ask, ‘Why should we sing this song?’ If you have any Laotians in your congregation, extend an invitation for an opportunity to song lead collaboratively.”

Anneli Loepp Thiessen is a PhD candidate in interdisciplinary music research at the University of Ottawa. She is co-director of the Anabaptist Worship Network and was a committee member for Voices Together. 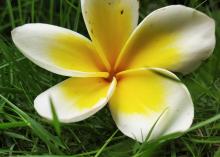 Duang Champa, the name of the folk melody, is a translation of the name for the Lao national flower, the plumeria. (PixaHive photo by Prabhakiran (CC0 licence))