At work with God on climate change 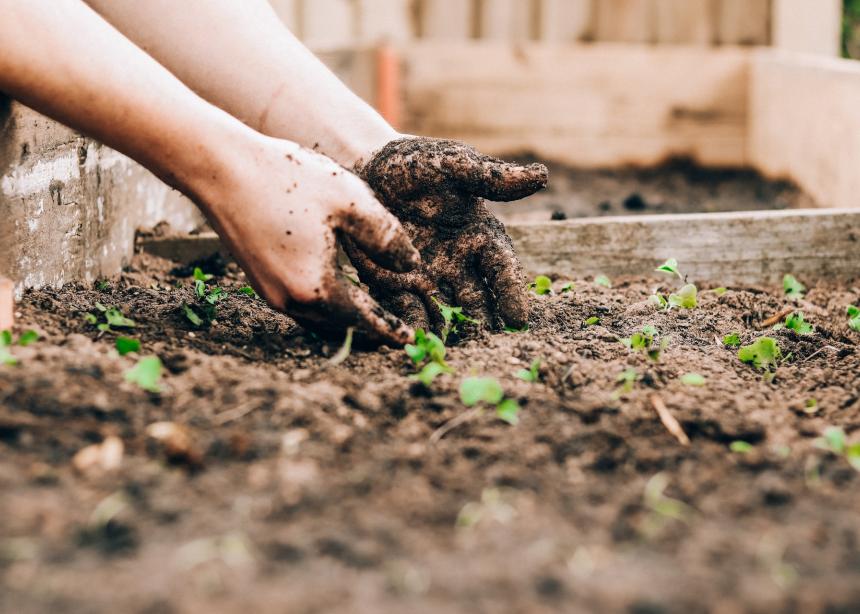 It all begins here.

We have four grandchildren at various stages of life. The eldest is in university and thinks about non-renewable fossil fuels and their impact on the Earth. The next is in high school and has, for years, been concerned about the destruction of coral reefs. The other two are still toddlers and just like to explore outdoors.

Their grandparents’ lives are already impacted by climate change. One set makes a living by guiding hunters and fishers in northern Saskatchewan. But, with the rampant forest fires and contamination of the rivers, it’s not clear how long they will be able to survive on their traditional skills.

On a Mennonite Central Committee trip to Vietnam in 2019, where another part of our grandchildren’s extended family live, we experienced some climate changes firsthand. We were surprised to eat, instead of fish caught in the South Sea, lots and lots of squid and octopus. We were told that rising water temperatures no longer support fish life, but octopus and squid fare much better. And what will happen to coastlands as the polar snow caps melt?

We had planned to return to Vietnam in response to the Vietnamese Mennonite churches’ invitation. We wonder, will the transpacific flight or the lower-level in-country flights be the one that releases enough CO2 to irreparably damage the Earth’s ozone layer?

While not with our grandchildren or travelling, we also like to garden. But the list of woes here continues to grow: unpredictable growing season, water shortages, pest infestations, higher seasonal temperatures demanding different garden produce. How long before all garden produce is grown in greenhouses?

The Mennonite Church Saskatchewan Council and Ministries Commission are keenly aware of the climate crisis we face. The newly formed Climate Emergency Response Team (CERT) will work together with church communities. CERT will encourage prayer for the Earth; provide educational opportunities about the needs of our planet; act where possible (plant trees, reduce dependence on fossil fuels, ride a bike to work); when necessary, advocate on behalf of the world by petitioning governments and big business to modify destructive policies and practices; and offer support for those experiencing distress associated with the climate crisis.

Youth perspectives will inform each project undertaken and decision taken. CERT will also seek advice from Indigenous consultants. Other MC Canada regions and international partners will be conferred with throughout the group’s mandate.

In moments of stillness, I sometimes listen to the pulsating sounds of life and labour around me and wonder, “Is this the sound of the earth groaning in anticipation of redemption?”

Read more From Our Leaders columns:
When the ‘grey’ is not holy
Reflection on Ukraine
Listen, debate, decide
‘It is hard to be afraid when you understand’
Life can be real