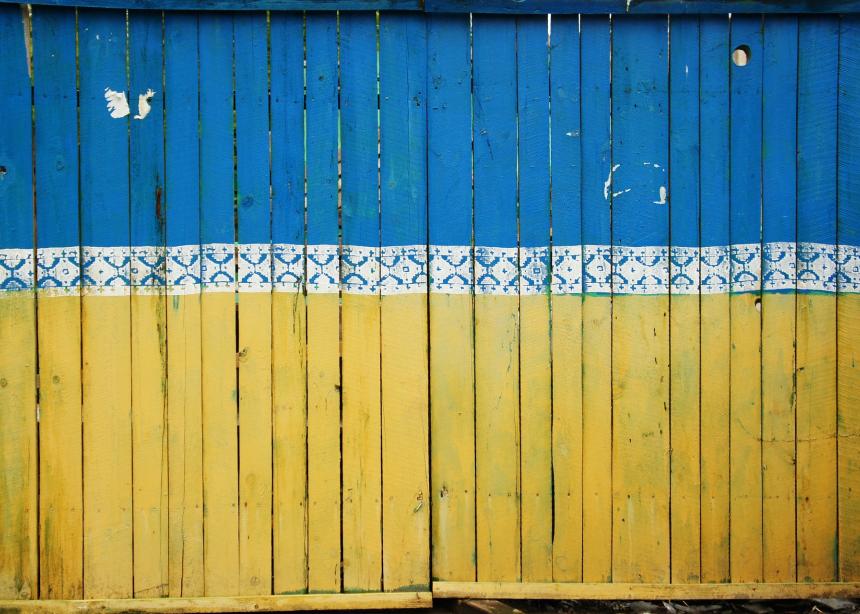 The horrific images from Ukraine jolt me from my comfort and I reflect on air-raid sirens, bunkers, explosions, refugees, civilian and military casualties.

Historical connections to the region seem to draw my curiosity closer. Ukraine is part of my family lore.

Moreover, the Ukrainian countryside and their cities look very much like ours. Mariupol looks like Winnipeg. The maternity hospital, hit by an air strike on March 9, looks like the health-care building two blocks from my home.

And I notice many of the people themselves look like me: a white male of European descent.

In a more sober moment, I wonder about atrocities in general, of which there are many: Myanmar, Afghanistan, Yemen, Ethiopia, South Sudan, Syria, Palestine and many more. And I wonder about our selective news coverage, the overwhelming need, our political will, the role of the church—and the significance of my own white racial lens.

I am reminded that it’s possible to name a citizen, armed to protect their country, a “hero” (in Ukraine) and another, a “terrorist” (say, in Palestine).

Mainstream media narrates the heroism of the current Ukrainian population, and I am drawn into the emotional appeals, the strong pleas, the “sensible” nature of defensive violence against barbaric attacks.

I am also reminded that, 100 years ago, in this same region, under similar violent and chaotic circumstances, some in my Mennonite history formed the Selbstschutz, or self-defence units. Some would consider them heroes, although the dominant Mennonite storyline, to which I have generally subscribed, has viewed such violence as a severe compromise to a pacifism that is central to our faith.

My sombre reflections invite me to deeply consider two things: A racism that colours what we see and don’t see, and a personal faith that would be duly tested should such horrific circumstances be closer to home.

What do we do in this complexity? Where is God when doubt and fear and anger rise?

Let me offer some practices to which I feel compelled:

May all our efforts of nonviolence become habitual practices and loving postures, whose effects, multiplied by the Spirit, reach beyond our imaginings.

Arlyn Friesen Epp is director of the CommonWord Bookstore and Resource Centre in Winnipeg.

Read more From Our Leaders columns:
Listen, debate, decide
‘It is hard to be afraid when you understand’
Life can be real
Joining the Office of Fun
Fatigue, polarization, uncertainty