Who is my Samaritan? 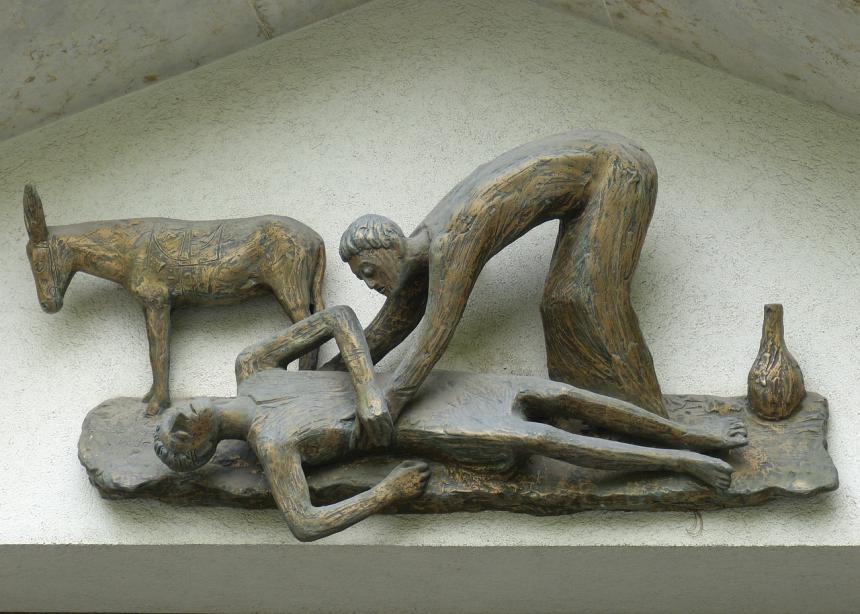 In a conversation with an educated religious scholar, Jesus agreed that the most important thing is to love God and love one’s neighbour as oneself. Then the scholar asked Jesus, “Who is my neighbour?” In typical Jesus fashion, instead of answering directly, he told a story: the parable of the Good Samaritan.

In a conversation more than 20 years ago, I said, “If Jesus were preaching in our churches today, he would probably tell the parable of the Good Homosexual or the Good Muslim.”

Today, depending on his audience, Jesus would probably tell the parable of the Good Anti-vaxxer who didn’t wear a mask, or the parable of the Good Public Health Officer who recommended another lockdown. Why? Because that’s how Jesus rolls. It was one of the things that drew me to Jesus as a teenager, his provocative contrarian attitude. He seemed to delight in challenging the assumptions, beliefs and opinions of anyone he was speaking with.

Why did Jesus use a Samaritan as an example of what love looks like in first-century Judea? The answer is obvious to me. Because the people he was talking to despised them. Why did they despise them? That’s more complicated.

Samaritans are believed to be descendants of people in the northern kingdom of Israel who intermarried with Gentiles. Some Jewish “purists” viewed them as unclean and impure. It seems the term “Samaritan” was used as a derogatory slur in certain regions of Galilee and Judea.

In the Gospel of John, for example, Jesus was called a “demon-possessed Samaritan” by his opponents.

Samaritans had different religious rituals and a different version of the Bible than Jewish people. They also disagreed on where faithful believers should worship God. They considered Mount Gerizim to be the true dwelling place of God, not Jerusalem’s Temple Mount.

There were likely many reasons behind Jewish people’s disdain for Samaritans, but notice how Jesus never addresses any of them. He simply challenges the Jewish attitude towards Samaritans by telling a story about one of them.

I was raised in a fundamentalist church that had many “reasons” for judging and despising all kinds of people. As a teenager, I questioned the rigid religious views of my childhood tribe. In my 20s, I embraced the classical liberal values of individual liberty, equal rights and freedom of speech. I rejected the judgmental dogmatism of fundamentalism and adopted more tolerant and compassionate socialist values.

I believed, and still believe, I was following Jesus in affirming and supporting the Samaritans that my childhood tribe despised, namely, people who were gay, lesbian, pro-choice, Catholic, Pentecostal, Muslim, welfare recipients, immigrants, liberals and socialists.

A lot has changed over the past 30 years, including our social landscape in Canada, and the tribe I’m connected with. For instance, my professional and social circles consist, almost exclusively, of left-leaning progressive liberals. Lately, I have noticed other changes as well, like who the Samaritans in our society are, or at least in the liberal world I inhabit. The way most people I know talk about “anti-vaxxers,” “anti-maskers,” “right wingers” and “Freedom Convoy people” has caused me to pause and reflect. Are these the new Samaritans I’m called to support and love as a follower of Jesus?

This has been a struggle for me. Due to my abusive upbringing in a fundamentalist church, I have lingering issues with right-wing attitudes and beliefs. Truth be told, I have kind of enjoyed right-wing conservatives getting a bit of a taste of their own medicine. I’m not proud of this, but it’s true. I also find some of the “logic” and conspiratorial thinking aligned with some of the government mandate resistance, to be bizarre, delusional and even dangerous. So I’ve been asking myself, “Can I really support these people?”

Then it happened. Wait. Did I just say “these people”?

That was the moment I knew I had to repent. I confessed I looked down on, and dismissed, this diverse group of people, assuming they’re all the same. I realized these people were my Samaritans.

It doesn’t matter what our reasons are, when we view people as Samaritans, we part ways with Jesus. For years, I’ve reflected on the question, “Who is my neighbour?” I’ve recently acknowledged two equally important questions. “Who are my Samaritans?” And, “What kind of positive story would Jesus tell me about them?”

Troy Watson is a pastor of Avon Mennonite Church in Stratford, Ont.

Read more Life in the Postmodern Shift columns:
The end is probably nigh, but I’m optimistic
The Paradox of Enoughness
In the tension
My opinion on opinions
‘Godfidence’ and confidence 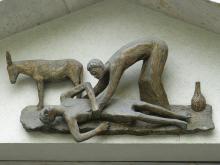