The end is probably nigh, but I’m optimistic 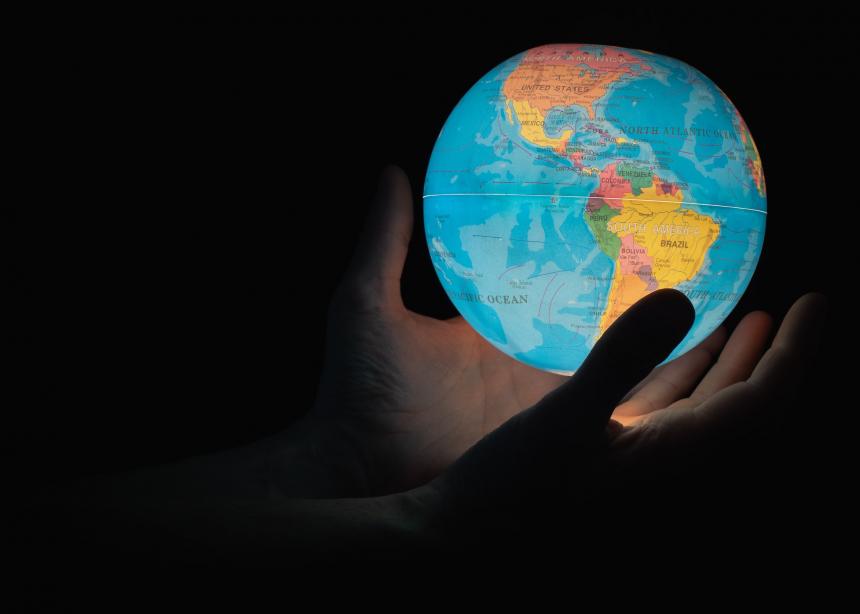 This summer, I met a wildlife conservationist named Leo. His life passion began in California as a young adult, when he joined the California Condor Recovery Program. In 1987, there were only 27 California condors left in the world. Today, thanks to the efforts of people like Leo, there are more than 500 California condors. It’s not exactly a stunning victory, I suppose, but things are moving in the right direction.

The International Union for Conservation of Nature estimates there are more than 41,000 species under threat of extinction today. The word “estimate” is key. You might be surprised to hear scientists have no idea how many species currently exist on Earth. Estimates range from 2 million to 100 million. Scientists also estimate we are losing between 200 to 50,000 species every year. These numbers are based on mathematical calculations, though, not actual observation. A little over 900 species have actually been identified as going extinct over the past 500 years.

Extinction is by no means a modern phenomenon. Earth has seen five major extinction episodes in its history. Many scientists believe we are now in a sixth mass extinction, and human beings are partially to blame. It is estimated humans are responsible for making the current extinction rates 1,000 to 10,000 times higher than the “natural” extinction rate. As far as stewardship of creation is concerned, we are failing miserably. It’s far beyond negligence at this point.

Yet extinction is part of reality on Planet Earth, with or without humanity’s destructive impact. It is estimated that between 4 billion and 30 billion species of organisms have existed since life began on Earth, and 99.9 percent of them are now extinct. That is a staggering statistic to contemplate. It means extinction is an inherent part of the evolutionary process. Extinction is the inevitable future of virtually all species, including homo sapiens.

It’s a strange feeling to contemplate human beings as an endangered or extinct species. Yet there are many days I struggle to understand how we haven’t blown ourselves into oblivion already. It really seems like it’s only a matter of time.

Are you feeling optimistic yet?

Throughout history, certain human beings have consistently risen to the occasion, when faced with cataclysmic crises, usually at great cost to themselves, just as Jesus modelled and taught us.

For example, on Sept. 26, 1983, a communist Russian officer named Stanislav Petrov was on duty, operating the Soviet Union’s missile-attack warning system, which began displaying, in bold red letters, the word “Launch.” The computer screen in front of him indicated an American inter-continental missile was headed towards the Soviet Union. At first, it was just one missile, but over the next few minutes, the number increased. There were now five American missiles and counting headed towards Russia, his homeland.

Petrov was forced to make a quick decision. Would he report the incoming American strike, or not? If he did, the Soviet nuclear doctrine was clear: full nuclear retaliation. There would be no pause to double-check the warning system. The response would be swift and comprehensive.

Reporting this was not only his duty, it would have made sense, considering this was at the height of the Cold War. The Reagan administration, in power in the United States at the time, had a more antagonistic posture toward the Soviets than all the presidential administrations before it.

But Stanislav Petrov said he had a funny feeling in his gut. He made a bold decision. He did not report the incoming strike. He concluded it was a false alarm, and he turned out to be right. The system mistook the sun’s reflection off the clouds for a missile. As a result, he prevented a nuclear war between the United States and Russia, and the deaths of more than two billion people (including deaths caused by radiation and starvation).

Petrov was reprimanded for disobeying orders and was, in his words, “made a scapegoat.” He later suffered a mental breakdown. The cost for saving the world is often high.

Reflecting on his story, I can’t help but wonder, what cost am I willing to pay to help save the world? I’m also thankful there are many people like Petrov and Leo in the world. Far more than we think. And I’m grateful for the mysterious ways the Spirit moves in our world, to protect us from ourselves.

Read more Life in the Postmodern Shift columns:
The Paradox of Enoughness
In the tension
My opinion on opinions
‘Godfidence’ and confidence
Christ in you