Transmission of love and peace at European Mennonite gathering 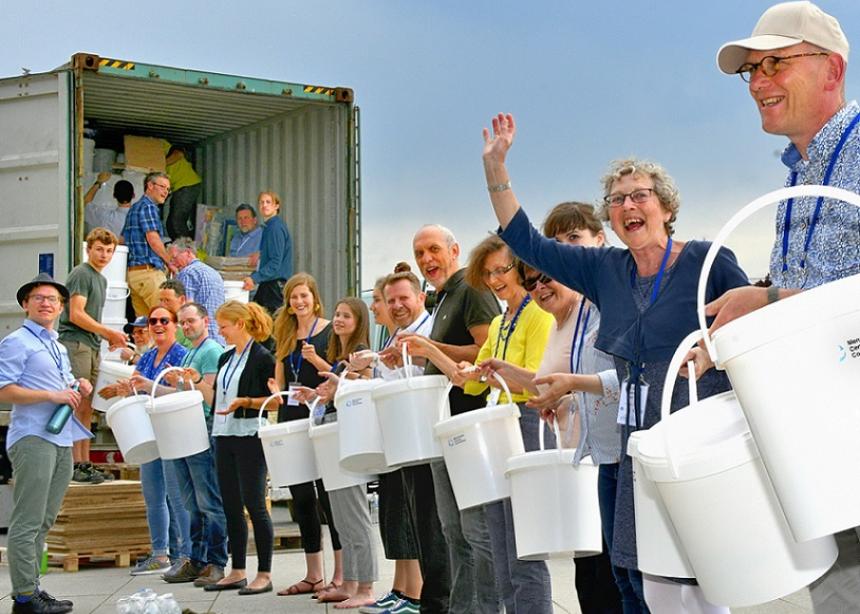 “We can’t keep our story. We must share.” That is the message Danang Kristiawan brought home after attending the European Mennonite Conference (known by its German acronym MERK), from May 10 to 13, 2018.

The gathering of European Mennonites that occurs every six years was bigger than ever, with a total of 2,300 people attending some part of the program.

There were multilingual singing, a multimedia retelling of the Anabaptist story, testimonies from numerous countries, sermons, art exhibits and relief work activities.

MERK is one of the few possibilities to meet Anabaptists across borders in such a great number, said Vicky van der Linden, a student from Doopsgezinde Gemeente Groningen, who is retraining from historian to theologian. “It makes me feel like I’m part of a bigger family that understands and respects each other’s views on life and living in the Spirit of Christ.”

Kristiawan, an Indonesian pastor, participated in MERK as a guest of the Dutch Mennonites, who also brought four young Indonesian church leaders with them as special guests to the conference.

“It was nice to see that there were participants from outside Europe,” van der Linden said. “That’s valuable, because they can share what they have seen and heard at home.”

Kristiawan did just that. His first Sunday back, he gave a sermon tying the conference theme of “transmission” to the essential work of the Holy Spirit started at Pentecost. “Transmission is needed at two levels: to the next generation and to other communities,” he said.

This message was particularly on point in Indonesia, where a recent church bombing had been carried out by a family. “If terrorists transmit hatred and violence, as a Mennonite community, we must be more serious to transmit love and peace, starting with the family,” he said.

Through the conference proceedings, MERK transmitted love, unity amid diversity, and learning.

“The best part of MERK was seeing how smoothly brothers and sisters of the Mennonite family could interact with each other and feel like one big family,” said van der Linden. “This was especially during the meals, and the MCC [Mennonite Central Committee] school kit project."

From his experiences in Indonesia, where Christians are the minority, Kristiawan was able to transmit another perspective to the discussion on showing hospitality to strangers. “The church also needs to perceive our identity as a guest, a guest who offers and engages peace to the host. . . . Gospel transmission from the church to the world is sometime obstructed because of our failure to be sensitive to the context where we live,” he said. “As the church, we need to incarnate the gospel in our changing context.”

Van der Linden was also inspired by the theme of transmission. She said she was returning home eager “to see if it could give my personal faith a revival while sharing it with others.” 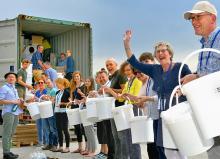 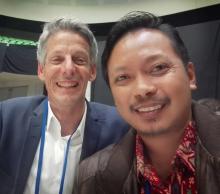