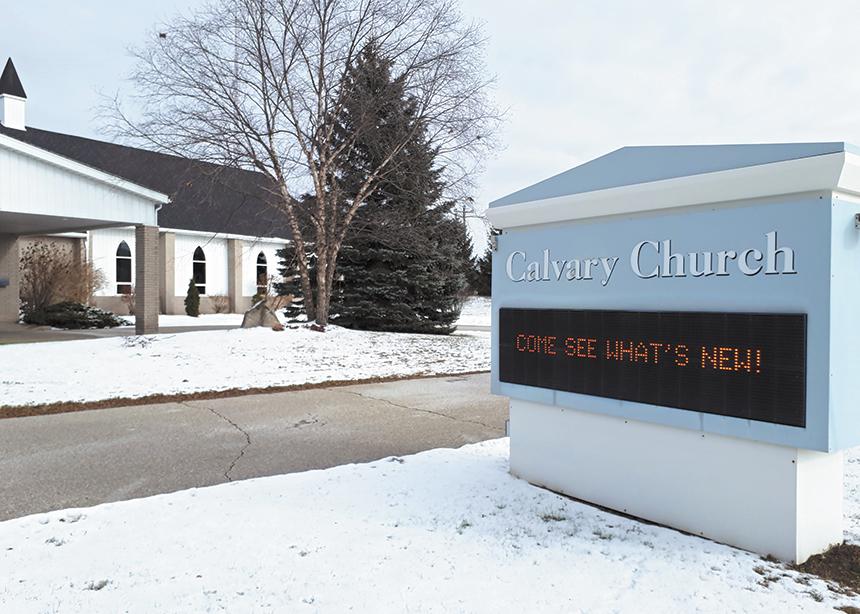 In September 2019, Mennonite Church Eastern Canada reported: “We announce with great sadness that River of Life, Calvary Church Ayr (Mennonite), and Milverton Mennonite Fellowship [all in Ontario] have left the MC Eastern Canada family. After healthy conversation with leadership from each congregation, we mourn their leaving and we bless and pray God’s best for each of them in their future ministry.”

Hans Peters, pastor of the Milverton congregation provided the following statement on behalf of its leadership team: “In the fall of 2016 and the spring of 2017, leadership of Milverton Mennonite Fellowship met with leaders of MC Eastern Canada and MC Canada. We discussed concerns we had with the stance and direction the Mennonite conference was taking on several issues. After these meetings, it became very clear to our congregation that on numerous matters concerning our core values and beliefs we no longer were in alignment with those values and beliefs expressed by the leaders of MC Eastern Canada. In the fall of 2018, we changed our name to Milverton Christian Fellowship. After two-plus years of prayer and discernment, in March 2019 we voted to align ourselves with Partners in Harvest and their supporting congregations. As of the end of June 2019, all the ties with MC Eastern Canada were officially severed. Our prayers would be that God would bless both MC Eastern Canada and Milverton Christian Fellowship moving forward, and that the name of Jesus would be lifted high.”

According to its website, Partners in Harvest is “a worldwide family of churches partnering to spread the fire of God’s love, presence and healing throughout the nations.”

The Ayr congregation is in the midst of a significant shift, becoming the Ayr campus of Calvary Pentecostal Assembly of nearby Cambridge. Facing dwindling attendance and volunteers who were burning out, Calvary Church Ayr, which did not regularly participate in MC Eastern Canada activities, needed to address its future.

Several options were explored, according to Lloyd Oakey, who pastored at Ayr for the past 14 years, and now pastors at Zion Mennonite Fellowship in Elmira. Calvary Church considered sharing its facility or merging with another congregation, or closing and selling the property. After two-and-a-half years of discernment, it decided to join the Pentecostal Assembly, one of the churches it had reached out to. The vote was unanimous.

According to an article in The Ayr News, the Pentecostal Assembly was inspired to “branch out” after Pastor Jeff Johnston attended a church planting conference, so the timing of the merger was good. Sharing the name “Calvary” makes the transition simpler.

The congregations will merge into one church with two expressions. An intentional transition is underway. In September 2019, the merger began with a “soft launch,” which involved fundraising and working on renovations and upgrades at the Ayr location. Pews have been replaced with padded chairs.

A large group from the Pentecostal Assembly in Cambridge committed to attend worship services and invest their time and talents in Ayr for a year, to boost numbers and create momentum. Interim pastor Mark Giancola stepped in. The official, public launch at the Ayr campus is set for Easter 2020.

The Ayr church began in 1954 as a Sunday school outreach by young people from Mannheim Mennonite Church. The first building was constructed in 1961. The current facility was built in 1990. Over its history the church has gone through several cycles of considering denominational change but never acted on it until now. Oakey says this time the congregation “felt they were too different to stay,” even though MC Eastern Canada “has lots of variety under their umbrella.” Calvary wants to be an “evangelical, conservative, community church.” Oakey, who continues to pastor in MC Eastern Canada, says that parting with the regional church was amicable.

River of Life began in 1995 through collaborative efforts of three MC Eastern Canada congregations. It withdrew from the regional church in May 2019. The leadership team at River of Life declined the opportunity to comment on its change in relationship with MC Eastern Canada. The church meets in downtown Kitchener at the former Zion United Church.

This article appears in the Jan. 20, 2020 print issue with the headline, "Mourning and blessing."

Related story:
Listening to those who have left 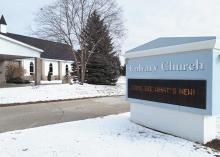