Listening to those who have left 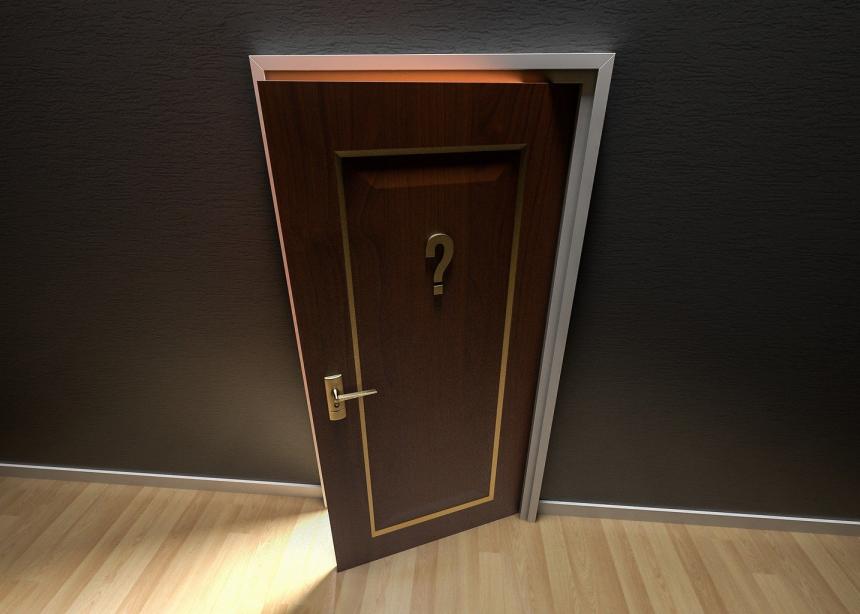 'He recently left a Mennonite Church Canada congregation that professes open-mindedness and inclusivity. I wanted to know why.' (Image by Arek Socha/Pixabay)

A Mennonite elder once told me, “We need to listen to people who leave the church.”

John Reimer (a pseudonym) is one such person. A soft-spoken grandpa, he recently left a Mennonite Church Canada congregation that professes open-mindedness and inclusivity. I wanted to know why.

Reimer had been at the church for a couple decades but felt excluded—not primarily because he is more conservative than his fellow church members, but because he experienced virtually no openness to discussion of differing views.

Reimer is well acquainted with both ends of the spectrum. Once a New Democratic Party member, he recalls differing with a particular party position and being shut down.

Over the years, Reimer says he “drifted more and more to the right,” (although, just like others I spoke with, he is not comfortable with the terms “left,” “right,” “liberal” and “conservative”).

Reimer says people unthinkingly subscribe to the views of the group they choose to identify with and then silence those who do question them.

Reimer feels these tendencies have grown worse over time. He came to a point of feeling “absolutely excluded from a group that prides itself in being inclusive.” In his understated way, Reimer deems this as “ironic, perhaps.”

His wish is not to be part of a church group that shares his views—he is similarly frustrated with the right—but, rather, he says: “I would love to be part of a community where there is openness to discuss different viewpoints.”

Reimer says he also found some MC Canada staff unwilling to discuss the concerns he had. Specific topics he mentioned in our conversation included climate, Indigenous relations and LGBTQ+ matters. The views he shared with me, he says he would not have felt free to share in his former congregation.

When asked what the left does not understand about the right, he says, “that the right has just as many good people.”

His message to Mennonites across the spectrum of belief is simple: “Think for yourself. Question. Don’t just accept the generally accepted view.”

Doug Klassen, executive minister of MC Canada, says we live in “anxious times,” and that makes us want answers to hold onto. In his life he has seen congregations that are “locked down hard and fast” at both ends of the spectrum, having left “relationship-based faith for the realm of ideology.” But that is not when we are most open to the Spirit; it is not a point of vulnerability.

He says that in anxious times we must live in prayer and contemplation, fostering a “rich inner life,” and looking to the “living Word of God, which is Jesus Christ.”

Our image of God is important. While the Old Testament was more about who is in and out, “Jesus worked the margins really hard,” Klassen says. “Jesus collected people around him.”

Having started his current role last June, Klassen comes on in the wake of numerous congregations having left MC Canada.

Reece Friesen belongs to one of those churches. He is associate pastor of Eben-Ezer Mennonite Church in Abbotsford, B.C., which left partway through the Being a Faithful Church (BFC) process a few years ago. It is still a part of MC B.C.

Like John Reimer, Friesen has felt excluded by those professing inclusion, but, unlike Reimer, he says it was the “allowance of differing views,” not the absence of such allowance, that led to departure. Ironic, perhaps.

The “differing views” in Friesen’s case were MC Canada’s stated adherence to the one-man-one-woman position on sexuality and its simultaneous recommendation to leave room for testing of alternative understandings.

For Friesen, the Bible is definitive on this point. But I called him not to talk about positions per se, but how we deal with differences.

First, he notes that God created an amazingly diverse world and called it good. Difference of God’s creating is to be celebrated. And it is to be distinguished from difference that results when humans deviate from God’s ways. These are to be dealt with by means of loving, respectful, humble, relational “church discipline,” starting, as per biblical guidance, with one person simply talking with another.

In the case of the BFC, Friesen says MC Canada tried to keep everyone happy, tried not to offend anyone, tried to include everyone. And this trumped adherence to biblical truth. “People getting along,” he says, “is not the highest of all Christian values. . . . Sometimes we do have to part company,” as happened in the Bible.

He recalls regional church leaders coming to Eben-Ezer. They listened, nodded, prayed together, and Friesen says he and his colleagues felt like they had been heard. But later this rang hollow.

He felt as though Eben-Ezer has continually been invited to be part of the broader church but really only if they leave their beliefs at home. “It does not work to use language that says we want to have a relationship with you,” he says, “if that relationship includes censorship or exclusion.”

In his view, “the gospel of tolerance is a very poor guide.”

Friesen draws clear lines when it comes to faith, and one of those lines is that no person is to be rejected or disrespected, regardless of differences. We cannot say or act as though we are better than others. His passion for connecting in a spiritually meaningful way with a broad range of people is evident.

I asked him, as a pastor in a church that has left MC Canada, what message he has for the rest of us. His reply: “I encourage people to completely abandon the language of tolerance and rights.”

'He recently left a Mennonite Church Canada congregation that professes open-mindedness and inclusivity. I wanted to know why.' (Image by Arek Socha/Pixabay)

mr. klassen identifies this time as a'time of anxiety.' is anxiety a malady, or a symptom?

i suggest this is a misdiagnosis by mr klassen.

perhaps anxiety is a symptom of a deep distrust of leadership that has unhinged MC Canada from Apostolic understandings of doctrine, and set us free to explore every dogma of the day. BFC gave us freedom without doctrinal foundation.

we are now living into that confusion.

I had been attending a MCEC Church for 26 years. Over the years I began feeling that political initiatives and secular values were pushing praise, prayer and biblical learning from our worship service. My wife and I started leaving our worship services with a heavy feeling and we felt that God was no longer present at our church. The name of Jesus Christ was mentioned fewer and fewer times and political causes, First Nations" concerns and LGBTQ issues were entering our worship services in an increasing amount.

I missed a church retreat the last winter I attended due to health concerns, and we decided to attend another church that Sunday. When we left their Sunday service I felt enlightened, renewed and closer to God. It was 100% worship, prayer and learning. We knew at that time we needed to leave our MCEC church. I look back now and ask myself how I could have spent so many years listening to non-biblical rhetoric and having prescribed initiatives and values set upon us, rather than spending more time worshiping our Lord, praying for those in need and learning His word.

There's almost no interest in new ideas in most Christian churches and their broader organizations, including Mennonite churches and Menn Ch Can. It takes decades for something so basic as the normalcy of homosexuality to be accepted in Menn Ch Can, with many people leaving in the process, yet there are many more new ideas to consider and accept, in my opinion. So, Menn Ch Can can be called very traditional. It's only slightly progressive, relative to other Mennos sects, but that isn't saying much, cuz most work very hard to not change at all.

A very reasonable, but "non-approved" perspective on a current topic, or on a "non-approved" topic, presented in a letter or article submitted to CM, stands little chance of being printed. Nor can they be discussed at a local church. Anything "radical" is generally ignored or quickly shut down, except traditional radical ideas (eg, nonresistance) or currently approved radical topics (eg, LGBTQ rights).

So, in Menn Ch Can, you generally get some warmth and fellowship, good personal morals, charitable programs, etc. These are its main strengths, but don't look for much more. If this satisfies you, you found your place, but are likely quite a spiritually unadventurous person. Those with deeper, broader quests must go elsewhere, or at least keep their mouths shut. No one wants to talk about things I want to talk about, much less accept or develop new philosophy, theology and practices based on our conclusions, so I left a long time ago.