A survivor of sexual abuse speaks out 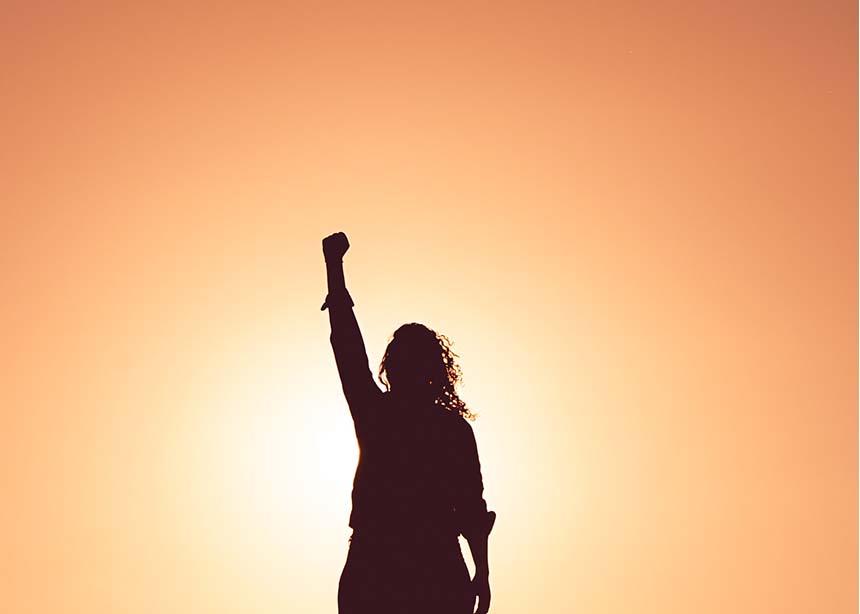 Yet again, I read last month about another pastor, an Anabaptist leader at that, being accused of sexual misconduct. It was Bruxy Cavey, pastor of The Meeting House, a Be in Christ megachurch. I thought to myself: “yet again.”

Our denomination, has also had, has, and will have, pastors among our congregations who will be awkward, cross the lines, manipulate and even abuse those whom they have said they would serve.

And yes, many of the safety guards and protocols that we’ve tried to implement in the past few years—or perhaps even decades—in our congregations will help us better protect many in our flock.

We need to make particularly sure that we have these in place for those who cannot always speak for themselves and are the most vulnerable, such as children, refugees and people with disabilities.

“Yet again,” misconduct cases will pop up in congregations as long as the church is made up of humans. As I’ve come to understand, there are a couple of reasons for that. One is that being a pastor is attractive to those who like having power over others. Not only is it a position of high regard and responsibility, but it also allows them access to vulnerable people whom they may easily manipulate. This is why it is important to have thorough background checks, references and accountability groups for pastors. It is also important to hold them to the same standards of safety and accountability as one would with anyone else in the congregation.

Second, we now live in a time when victims, survivors of abuse, perhaps feel safer and more empowered to come forward and hold their perpetrators accountable. It is not that these things did not happen 20, 30, 40, 50, 60 years ago. We know that. I hope you know that. But times have changed, and survivors are now risking the potential shaming of their communities to hold pastors and the church accountable for the sins committed against them.

The problem that I’ve kept running into when these cases come up—and we need to have these hard conversations—is that people keep saying: “Yet again? When are we going to be able to stop dealing with these cases?”

And just like that, as a victim of abuse myself, as a survivor who was never able to hold the perpetrator accountable, a little voice in my head says: “Not worth it.”

I have to fight that voice. I am a fierce pacifist, which is to say that I don’t believe violence is the answer to anything, but I won’t go down easy either. I am also a fighter. I have fought mental-health issues for half of my life, due in part to sexual assault and abuse. Every day I fight the brightness of the day because I am more comfortable in the dimness of the light, where my body does not attract as much attention and my eyes do not have to squint.

I fight every day to get out of bed and face the world because my bed is the most comfortable place for me, since the outside, as adventurous and attractive as it may seem, can also be so overwhelming and exhausting. I fight every day to allow myself the intimacy with others that I wish to have, that trauma sometimes does not allow me to properly enjoy. I fight every day to not let myself slip away because of what was done to me.

I say all these things not so others take pity on me. I do not need anyone’s pity. I am a fighter who comes from a long line of women fighters. Fierce pacifist women at that!

Your annoyance, however, may communicate to victims that what happened to them is a mere inconvenience to you. You don’t mean it that way, you may argue, but that wouldn’t change the result. Besides, I’m already fighting many things you can fend off “yet again.”

Andrea De Avila, is an associate pastor of Sargent Avenue Mennonite Church in Winnipeg (Treaty 1 Territory). She has a master’s degree in theological studies from Canadian Mennonite University in Winnipeg. 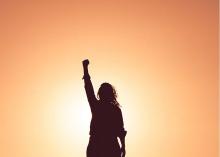 Whenever I read or hear about sexual abuse, I note the omission of any discussion about why it happens to begin with. What is it about men, the male gender, that allows and encourages them to think it's ok to do what they're doing? It seems there is something wrong with the thinking of the males of our species. When will we start to address that? It is never mentioned in any discussions about sexual abuse, and especially childhood sexual abuse! We are still afraid to point the finger at the perpetrators (men), to get at the root causes and hold men accountable for these heinous acts. Oh, yes, we now mention the occasional hockey coach, priest, Mennonite minster, movie mogul or prince, but what about the thousands of children who are victims of fathers, brothers, uncles and neighbours? The perpetrators are MEN and until we have the courage to name that, sexual abuse of women and children will never stop. If we can't name it, we will never stop it.

I acknowledge and admire your courage in carrying on the fight.

I read your comment with great interest. The principle theme of your comment, point to a very troubling crisis within society, including the faith community. I agree that anyone who abuses another person should be held accountable and support must be available to all victims. I personally know several victims of abuse and the damage is horrible and life altering!

The generalization of your comment is what concerned me because I am a man. I agree that a high percentage of perpetrators are men, but that shouldn’t define all men as perpetrators. In fact, many men work tirelessly to prevent perpetrators from striking again and are as angry as you might be with abuse of women.

Yes, let’s work together to prevent abuse in the future!

Thank you for your courageous article…..we must stand together for justice and wholeness for those of us who have walked this difficult journey.
In solidarity

I love that phrase that you use to describe yourself--- "a fierce pacifist". That is what I want to be too, and yet it is sometimes just easier to be meek and go with the flow, to ignore things or situations that make one uncomfortable, that rock our little boats. Yes, we need to listen, we need to speak up, we need to support victims, we need to demand justice, we need to be a friend! Thank you for reminding us.