What peacemakers need to understand about power 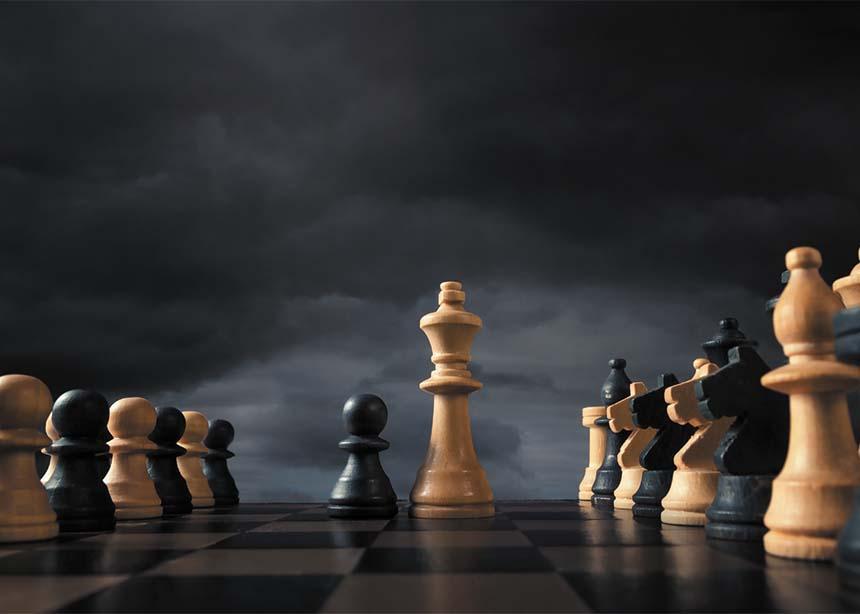 Did you know, there are over 650 occurrences of the word “power” in the Bible? Dunamis, a Greek word for power, occurs 120 times in the New Testament and means “strength” or “ability.” It is used to describe, for example, the power of God (Matthew 22:29), the power of Elijah (Luke 1:17), and the power of evil spirits (I Corinthians 15:24). In the plural, it is translated as “miraculous powers.” Miracles are, in effect, mighty works or works of power!

Power, or the ability to effect change, is present in every relationship and context we find ourselves in. Are you aware of when you have more power than others? I think first of my role as a parent of two young children (ages 5 and 2). While at times it feels like my kids are the ones controlling me, I can effect more change in our relationship than they can. As a pastor, I also have a significant amount of role-based power. I have the privilege and the responsibility of ministering to people in their times of vulnerability.

In each of these roles, as parent and pastor, it is important that I use my power appropriately to support and empower other people rather than to control, manipulate or abuse them. These are examples of formal power—power that is role- or position-based. Other examples of formal power in the church include the roles of church council chair, board chair and chair of the pastor-congregational relations committee.

There are also times when I remain largely unaware of my power. I don’t always notice the ways in which my white skin, for example, might lend my voice greater credibility in a conversation or afford me greater safety in certain situations. This unearned power based on how one looks is called “privilege” and, even when those who have it remain unaware of it, they continue to benefit from this power. Each of us experiences various privileges and disadvantages depending on the context or relationship we are in.

I am much more aware of when I do not have as much privilege and power compared to others (that is, when I experience disadvantage). I think of times when I, as a young person in the church, felt like my voice was not heard during various discernment processes. There were also times when I was at a disadvantage because I was a woman, when male voices overpowered mine in workplace meetings.

One time, I applied for a job that was listed as a two-year term position with benefits, including a financial top-up for maternity leave. But I was offered a contract of two years less one day, which meant no paid maternity leave. I wondered why the contract was changed by one day after my interview.Was this because I was a woman of childbearing age?

These are examples of informal power, or power related to social identity. Social identity is something we have very little control over. It is how other people view us because of what we look like, how much money we make, or the cultural background we come from, including whether we come from Russian or Swiss Mennonite families or from neither.

Our social identity is given meaning or value through the stories we tell about race, class, sexuality, gender, age, ability and so on, and we bring these stories and influences into our churches as people with those same story-formed bodies.

While power is neither inherently good nor inherently bad, in our history as Anabaptist-Mennonites we have often viewed power as the problem, and we have sought to be “powerless.” We have interpreted Jesus’ death on the cross as a sign of powerlessness and submission, and we have seen that as inspiration to be powerless too. (For more, read Susanne Guenther Loewen’s article “Gelassenheit and power.”)

During the Radical Reformation, early Anabaptists rejected abuses of power by church leaders in positions of authority, as well as a close relationship between church and state. These are views that remain important to many Mennonites to this day.

The problem is, back then and today, we lack an accompanying understanding of how power operates in the church and a vision of how it should operate. What do healthy, life-giving, nonviolent uses of power look like? How does God exercise power and how are we, as disciples of Jesus, called to use power? When we do not understand and name how power is present in the church, then power is more likely to be abused and existing inequalities will be perpetuated.

Sexual violence is an example of what can go wrong when we don’t talk about power and do not have a vision of what healthy relationships of power should look like. Sexual violence is primarily an abuse of power. An excellent new resource by Mennonite Central Committee, “A Guide for Responding to Congregational Sexual Harassment and Abuse,” clearly articulates the connection between sexual violence and power. It clarifies that even though it may not be the conscious intention of the individual committing the abuse to gain power and control, sexual violence “nevertheless results in the feeling and experience of powerlessness [for the victim]; of not being able to control or have agency over one’s boundaries.”

The guide explains that, where there is a significant imbalance of power due to status or role, a seemingly consensual relationship may indicate a breach of fiduciary duty (for example, the responsibility of a professor for a student, of a therapist for a client, or a staff member for a congregant).

Sexual violence is power in the form of domination and control. I think of residential schools and how an estimated 5,000 people committed a sex crime at a residential school over the course of the system’s 100-year existence. Why so many sexual predators? Because sexual violence is about power, it was used to maintain the existing inequality between settlers and Indigenous children by creating fear and forcing those children into staying submissive and subordinate.

When we read Scripture while paying attention to formal and informal relationships of power, we read it with new eyes. Think of the story of David and Bathsheba. Could Bathsheba, a regular citizen, and a woman in a society in which men held more power, really consent to sex with King David? What would have happened if she had said no? Given the significant power inequalities between them, it is much more likely that this is a story of rape rather than of adultery.

So, what do healthy relationships of power look like? There are many examples in the Bible of how God exercises power in life-giving and nonviolent relationships with humans, animals, water, trees, and more. From Genesis to Revelation, we can trace the Creator’s desire to be in a mutual and loving relationship with God’s good creation. God empowers humans to participate in God’s mission of reconciliation in the world!

In this relationship, we are meant to be aware of God’s power, as well as the power that God has gifted each of us to use wisely. The power that is within each of us is a power that we might call “agency,” or the ability to act in ethical ways, including the choice to choose God or not.

Jesus also modelled how to use power wisely. He demonstrated relationships of “power with” rather than “power over” others. In the healing narratives, for example, we find that Jesus worked with others to heal. In the story of the hemorrhaging women (Mark 5: 20-30), the woman was an agent in her own healing. She reached out and touched Jesus and was healed. Jesus, the healer, was also affected by the healing. He felt it happen and addressed her about it.

As theologian Carter Heyward notes in The Redemption of God: A Theology of Mutual Relation, “The healing was enabled not by Jesus ‘in himself,’ but by Jesus in relation. Healing, and the intimacy that grounds it in relation, is a reciprocal process in which the healer is affected by the healed.”

Jesus used the power of his role responsibly, to work with others and to love others. When it came to informal relationships of unequal power, he lifted the lowly and held those with greater privilege accountable.

We all exist within relationships of power, including in the church. This is not a bad thing. What we need to do is figure out what power we have and how to use it well. We can use our formal power wisely, to empower those with less informal power. When we are feeling disempowered, we can remember the inherent power within each of us—our own sense of agency.

If we are serious about being peacemakers, then we need to talk more about power.

Related story:
A survivor of sexual abuse speaks out 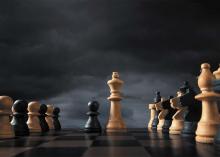