Going to the mountain 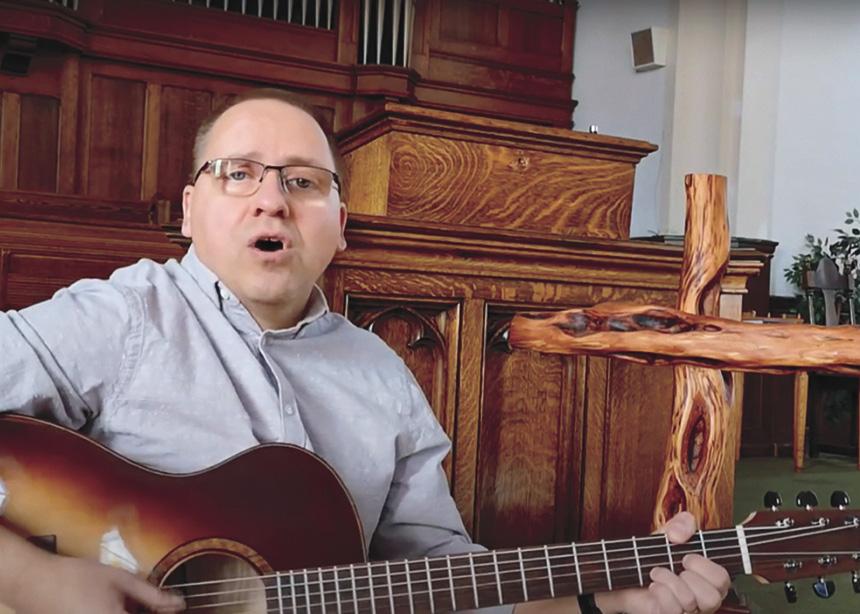 With the new Mennonite hymnal Voices Together (VT) recently released, many are eager to learn about the context of pieces within the collection. This column will tell the stories behind resources in VT. It will highlight songs and resources that reflect Anabaptist theology, come to us from Mennonites in many parts of the world, and are written by women and people of colour in particular.

One example is Phil Campbell-Enns’s “Mountain of God” (VT No. 11), which is widely known and loved by Canadian Mennonites yet which hadn’t been previously published in one of our denominational collections.

Campbell-Enns wrote this anthem in the spring of 2000, after being inspired by rich learning and conversation in a course on youth ministry offered through Canadian Mennonite University in Winnipeg. He composed it for use at the Mennonite youth conference held that summer, based on his reflections on passages in Isaiah and Micah.

On his songwriting process, he professes that “faith and music both show up out of thin air, then combine to become an expression of worship, is itself a sign of the Holy.” The song was eagerly picked up at the conference, and attendees brought the song back to their church communities. It is still beloved more than 20 years later.

Conference attendees often learn several new songs over the course of a Mennonite Church Canada gathering or youth gathering, but not all of them stick. In this case, Campbell-Enns reflects: “I think the reason the song caught on after the conference was over was because it was the easiest thing for youth to take back and share with their congregations after we had spent that amazing week worshipping and learning and playing together.”

“Mountain of God” is written with a simple verse-chorus structure and features a soaring refrain that is easy to catch on to. The song sounds most at home being led by guitar, but a piano accompaniment is also included in VT. Although it is written in unison, some communities may find that improvised harmonies come naturally, particularly on the refrain. The lyrics of the anthem invite us to come as we are, particularly in the refrain: “So come, come as you are / oh, come, from near and far / oh, come, salvation we’ll taste / as we climb the mountain of God.”

The facing page for “Mountain of God” is a work of visual art entitled “Tree of Life,” by Saejin Lee. The descriptive images in the art depict children, adults, animals, insects and dinosaurs gathered in celebration under the tree of life. Like Campbell-Enns’s song, it is a vision of God’s creation coming together.

Today, Campbell-Enns serves as a co-pastor of Home Street Mennonite Church in Winnipeg. On his hopes for the song as it continues to be learned and sung, he says: “I wrote the song for a one-week conference and never imagined the broader church would pick it up. But now that the song has been so warmly received, I hope it continues to give the church a way to express an inclusive and invitational faith—come as you are, as we share this journey of faith.”

Anneli Loepp Thiessen is a PhD candidate in interdisciplinary music research at the University of Ottawa. She is the co-director of the Anabaptist Worship Network and was a committee member for Voices Together. 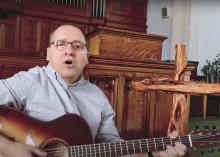 We are singing this song in our church in Harrisonburg, Virginia. I have always loved the wide invitation it offers.