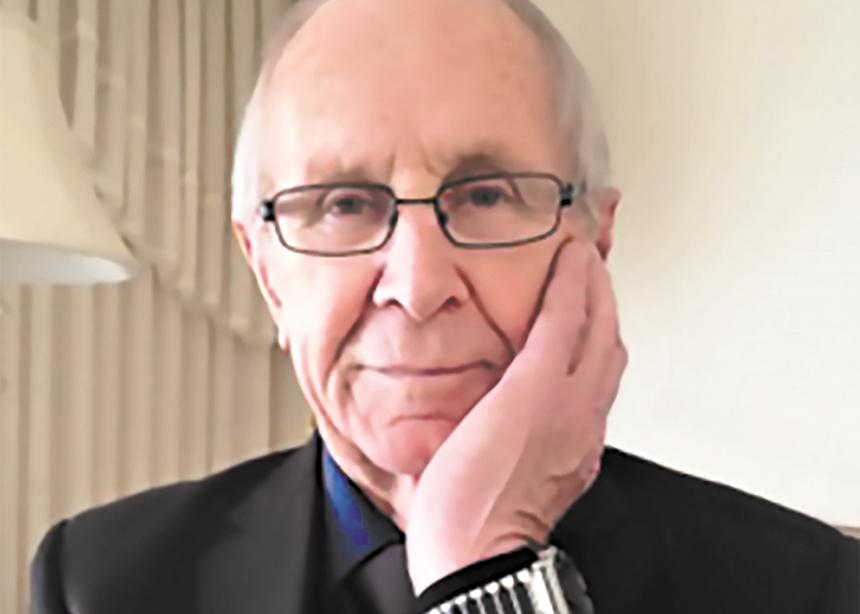 John H. Neufeld died on Jan. 11, 2021, after a life of serving the church in numerous places and in various roles. Born in Winnipeg, he lived and served in British Columbia, where he directed a camp and taught school at various grade levels over the years. He also taught at the Seminário Bíblico Mennonita in Montevideo, Uruguay, along with two longer periods of service in the Mennonite settlements of Uruguay, Paraguay and Brazil.

Over the course of his career and in retirement, he served as teacher, pastor, administrator and writer. He also contributed a number of radio meditations for Mennonite Church Manitoba’s Faith and Life program and for the German-language program, “Frohe Botschaft,” for more than 25 years.

I first heard of John in the mid-1960s, when I was a student at Canadian Mennonite Bible College (CMBC) in Winnipeg. Some fellow students raved about this amazing instructor at Bethel Bible Institute in Abbotsford, B.C. I came to know him personally a few years later, as he was at what is now known as Anabaptist Mennonite Biblical Seminary in Elkhart, Ind., and I at nearby Earlham School of Religion.

Our paths crossed more frequently after he moved to Winnipeg in 1969 to become lead pastor of First Mennonite Church, one of the largest congregations in the Conference of Mennonites in Canada. For 15 years he led that congregation, challenging it with dynamic preaching, providing pastoral care across a broad age spectrum and leading the congregation with a robust vision for the church.

In 1984, he moved across town to become president of CMBC (a founding college of Canadian Mennonite University [CMU]), serving the church in that role for 13 years. Those of us who worked there came to know him as an excellent administrator, an outstanding teacher, and an effective public spokesman and advocate for the school.

Each week he would lead a two-and-a-half-hour meeting of faculty and administrators, a vocal group ready to debate with each other and leadership. He may have found this frustrating at times, but he did it joyfully and energetically. He would challenge us, or even reprimand us, when he felt it was needed. His forthright, some might call it blunt, style could be grating, but we all knew he was doing it in an effort to move us to a consensus that served the church.

When students saw he was scheduled to speak in chapel, it would be full. He would tackle boldly any issue, whether it be how he understood conversion or how students might manage their sexuality. They knew he would be well prepared and sprinkle his talk with humour.

Not surprisingly, his course in homiletics developed a strong reputation; many Mennonite Church Canada pastors were nurtured in their preaching craft by him. One year he taught I Corinthians to one of the largest classes at CMBC, making the book come alive and relevant.

Budgets at a school like CMBC were always very tight, so he tackled fundraising with his typical energy. He not only hired the first development director, he devoted countless hours to the task of fundraising himself. He found a real joy there as the relationships he developed with many business people became occasions for pastoral care.

John’s direct and open way of dealing with people and issues continued in retirement. Only a few months after he left his role at CMBC in 1997, I received a phone call. His first words were, “Gerald, I have cancer.” For the rest of his life, cancer was a companion in his life journey. But rather than being overcome by it, he took it on as a challenge. When he observed the solemn mood of those taking chemotherapy with him, he brought comic movies to the treatment room, and they then watched them together. Laughter, he believed, would help healing.

John’s illness also did not prevent him from continuing to preach, teach and write. Indeed, some of his best teaching may have taken place during these years. His sermons were published in a book called The Story That Shapes Us. He developed courses on aging, on mortality and suffering, on forgiveness and forbearance, and on the Book of Revelation, sharing them with congregations across Canada, and in CMU’s Xplore program. He remained perpetually curious, always ready to share his insights.

A year ago or so he asked for time with CMU emeriti faculty so he could share with us his latest research and insights about the Bible and its role for the church. Until very recently he remained actively engaged in issues around him, ready to send an email with observations, critiques and suggestions. Preaching and teaching, the Bible and the church, these were central to who he was and what was important to him.

Mourning his death are his wife of 65 years, Anne Hiebert, originally from Waldheim, Sask., four children, plus 28 grandchildren and great-grandchildren, as well as the larger Mennonite community.

Related story:
The gift of a coffee with John H. Neufeld 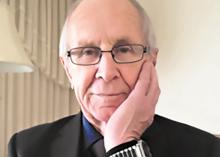