The gift of a coffee with John H. Neufeld 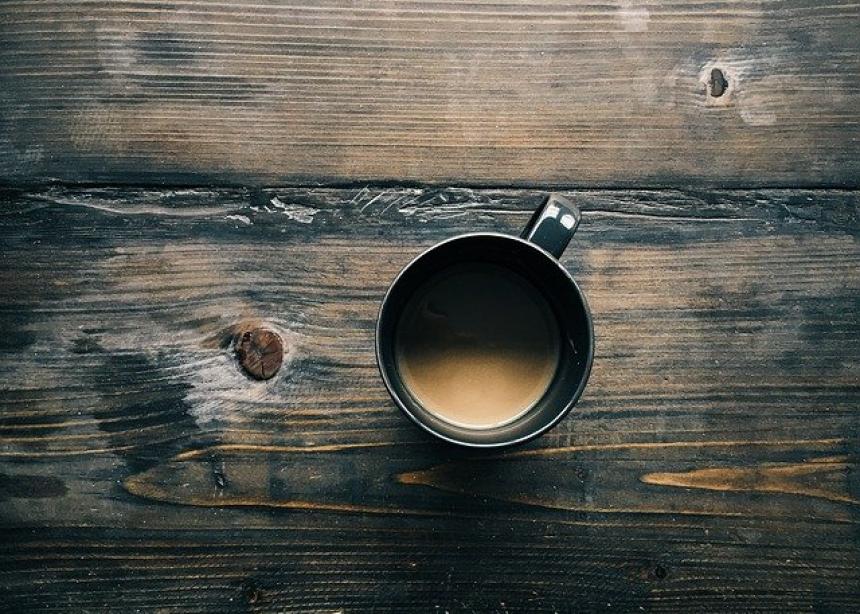 One of the greatest gifts you can give another person is your time. No matter how much we work or how much money we earn, our time is finite. Once it’s gone, it’s gone. That’s why I’m so honoured and humbled whenever people surprise me by wanting to spend their time with me. This week, I was reminded of this again after hearing of the passing of John H. Neufeld.

I didn’t grow up in a Mennonite denomination, but for those who did (especially those who went to Canadian Mennonite Bible College), John was a well known teacher, pastor and all-around faithful church member. When I first came to Manitoba and started attending a Mennonite church, I quickly learned that John was someone important, someone who had given, and continued to give, a lot of himself to the world of the Church.

As is often the case with people who carry “celebrity” status, I assumed that John spent his time in different circles than me, and that the only way I would interact with him would be to hear him speak. Of course I don’t think John would have ever described himself as a celebrity, but I’m sure he wasn’t aware of how many people knew of him.

Before I began pastoring, I attended a study conference on how to read the Bible in light of LGBTTQ+ Christians. At the conference, we tried to understand why there’s such a big divide between Christians on the subject. It was here that I heard John speak for the first time. John talked about the church in a way I had never really heard before. Again, I was new to Mennonite theology with its priesthood of all believers and community discernment. As I think back on it, John’s session was a key moment that made me fall in love with Anabaptism.

John used several images for the Church to convey what the Church was called to be. He stressed the importance of unity, even in the midst of disagreement. As he spoke, I started to believe that our love for one another and the work we do together can unite us despite our disagreements. I imagined how many church conflicts he had been through and how tough it must have been to keep having to remind the Church to be unified. I wondered if he ever got tired of dealing with these kinds of issues.

I held on to the words John spoke that day as I returned to my own circles, never imagining that our paths would cross again. They did in small ways for a few years. I saw him at events and I was aware of some of the important work he was doing. I heard about his illness and his desire to speak on the topic of suffering and death. I never imagined that he would contact me, want to talk to me, or spend time with me—but then I got an email.

John messaged me just under a year ago. We were both at the same event where I stood up to ask a question. My question intrigued him enough to contact me and to invite me to have a coffee with him. I jumped at the opportunity, and one week later, I found myself sitting opposite John. I was quite intimidated at first. I, a young pastor who didn’t grow up Mennonite, was meeting with one of the pillars of our church.

I thought I had nothing to offer him. So I decided to simply ask questions. After all, I had to take advantage of this opportunity to learn as much as possible. Surprisingly, John was keenly interested in my story. And the more we talked, the more I realized that we had a lot in common.

Usually we think of people like John as theological giants. We might use words like “strong” and “unwavering.” Although it was clear to me that he was committed to his faith, I realized that John’s journey of faith has had many curves and bumps. We spent most of our time talking about the difficult issues that we have had to work through and the ways in which God has changed us in the process. I was amazed that even after 87 years of life, he was still learning, growing and changing his mind about things.

When we commit to the Church, we don’t join a building or an institution. We join the living body of Christ that manifests itself in all the cultures and contexts of an ever-changing world. To me, John was an example of a Christian who realized that God is not subjugated to a box. It seemed like he was always asking, even in his last years, about how to discern God’s call for us in the present. John was open to being wrong and willing to change.

As I left our coffee meet-up, I was struck by two things. First of all, I was encouraged in my own faith journey. There’s no finish line here on Earth; we never have it all figured out. We always have more to learn and the task of discernment is one that will never leave us. There’s room for questions and doubt, and even to change our minds. John didn’t seem like someone who was “stuck in his ways,” and if John could live out his faith like that, then I know I can too.

The second thing that struck me was John’s original invitation. John didn’t owe me anything. I didn’t even think he knew I existed. And yet he reached out and took the time to have coffee with me. As I left the restaurant, I felt energized and honoured to have that encounter. And now that he has passed away, I am even more aware of the value of that gift.

During this pandemic, where so many limitations have been put on us for the sake of our communities, I’m more mindful of the importance of the time we have. It’s truly a gift, one that we can never get back, and that makes it all the more special. There are so many people who knew John much better than I did. I didn’t know him as a pastor, teacher or family member. But I will always remember the time he took to have coffee with me and the way I felt welcomed in our wider church family because of it.

Moses Falco is the pastor at Sterling Mennonite Fellowship in Winnipeg, Man. He blogs at mosesfalco.com, where this post originally appeared.

More articles by Moses Falco:
We shouldn't be colour blind
God or coincidence?
Why I still believe in going to church 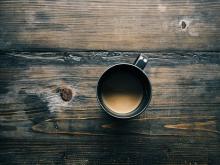