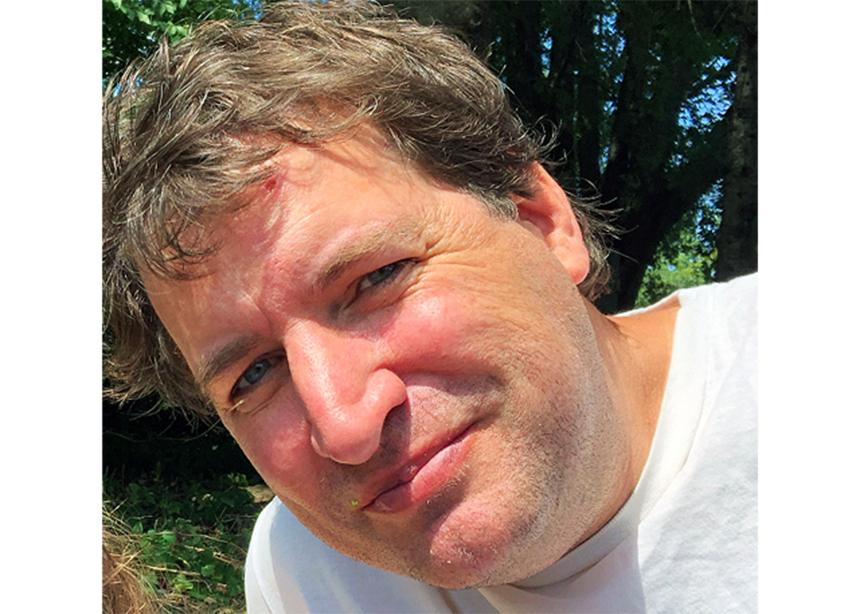 Mennonite Church Eastern Canada should have taken action against Wilmer Martin at least two years ago, says one of the people responsible for bringing complaints against him to the regional church.

Doug Johnson Hatlem, who served as co-pastor at Erb Street Mennonite Church in Waterloo, Ont., from August 2016 until January 2020, says MC Eastern Canada “persistently mishandled” its investigation into Martin and repeatedly failed to follow the Ministerial Sexual Misconduct Policy and Procedure, the protocol used throughout MC Canada and MC U.S.A.

The regional church announced in June the termination of Martin’s ministerial credential after investigating him for ministerial misconduct and ministerial sexual misconduct alleged to have occurred during his tenure as pastor at Erb Street from 1978 to 1991.

MC Eastern Canada leadership says it began its investigation, as per the policy, after receiving a written complaint on Oct. 31, 2019.

The regional church should have acted sooner, Johnson Hatlem said, adding that a wide range of complainants came forward over the years to pastors, elders and council members at Erb Street, as well as MC Eastern Canada leadership. And he believes that the regional church could have done more to support Erb Street’s pastors and church council.

“[MC Eastern Canada] had plenty of written records from me or from other people by late October to mid-November 2017 [and] it ought to have done something,” he said. “There’s no two ways about it that they failed to act when they should have acted in the fall of 2017.”

Johnson Hatlem said he made the regional church aware of allegations against Martin in November 2017. In the two years that followed, he worked alongside Erb Street leadership—including his co-pastor and wife, Jodie Hatlem, and the church’s council—and MC Eastern Canada leadership to launch an investigation into Martin.

According to Johnson Hatlem, MC Eastern Canada reached an agreement with Erb Street’s council on two separate occasions that it would accept a complaint from the council on the church’s behalf, and that MC Eastern Canada would start an investigation as a result. The regional church leadership later broke each agreement, Johnson Hatlem said. “They made agreements about what was needed to make this case go forward. We met those agreements and then they changed their tune and claimed various reasons why,” he said. “They constantly moved the goal post.”

Johnson Hatlem said he resigned from his role at Erb Street in January 2020 as a matter of conscience related to the matter. The church’s council placed Jodie Hatlem on involuntary leave shortly thereafter. She resumed her work at the church earlier this month.

At the end of February, Johnson Hatlem posted on social media that MC Eastern Canada was investigating Martin for misconduct, and that the investigative team was open to speaking with any and all people who had information regarding similar misconduct.

He also criticized the regional church’s handling of the investigation, stating, among other things, that MC Eastern Canada had “steadfastly refused to agree to protect the safety of key people harmed.”

MC Eastern Canada believes that its investigation was conducted fairly and in good faith, in line with the Ministerial Sexual Misconduct Policy and Procedure manual, according to David Martin, the regional church’s executive minister. “Throughout this investigation, [MC Eastern Canada] has always acted within the provisions of the policy,” he said.

He added that, when concerns about Wilmer Martin’s conduct came to his attention in late 2017, he approached congregational leadership at Erb Street and immediately explored those concerns with them and with legal counsel.

According to David Martin, MC Eastern Canada leadership worked to explore the complaints, to ensure the safety of those involved, and make sure that any action it took allowed due process for everyone involved. MC Eastern Canada also consulted with Erb Street’s leadership as the congregation appointed a victim advocate who reached out to individuals with possible concerns related to Wilmer Martin.

“The denominational policy and procedure for investigating misconduct is premised on a direct complaint of a first-hand nature. The policy is triggered by a formal, signed complaint,” David Martin said. “[MC Eastern Canada] did not have a formal signed complaint by a complainant until Oct. 31, 2019, and the policy has no provisions to act on second-hand information.”

He disputes Johnson Hatlem’s claim that MC Eastern Canada leadership broke agreements it made with Erb Street, saying that no firm agreements were reached. “Mr. Hatlem’s perception is not the same as that of Erb Street Mennonite Church leaders and [MC Eastern Canada],” David Martin said. (Jen Helmuth, Erb Street’s church council chair, declined to comment for this story.)

David Martin added that he does not understand Johnson Hatlem’s accusation that MC Eastern Canada refused to protect the safety of people allegedly harmed by Wilmer Martin. “One of the highest values that [MC Eastern Canada] has in investigating allegations of misconduct is the safety of the complainant and keeping the identity of the complainant confidential,” he said. “That is probably the highest value we hold as we investigate. . . . [MC Eastern Canada] would never put that at risk and has never put that at risk in the current process.”

Johnson Hatlem isn’t convinced. He believes MC Eastern Canada was hesitant to investigate Wilmer Martin because of his influence in Waterloo Region. After Martin’s pastorate at Erb Street ended in 1991, he became the president and CEO at Habitat for Humanity Canada for nine years; then he became president of TourMagination, a Mennonite-oriented travel company, until his retirement in 2016.

David Martin denies that the regional church was hesitant to take action. “[MC Eastern Canada] always responds to misconduct complaints with unwavering resolve,” he said, adding that the Wilmer Martin case has been challenging for everyone involved.

“My prayer is that God’s healing touch might enfold each person, so that justice and right relationships might find a path through this difficult experience, and lead each one to renewed health and wholeness within the body of Christ,” he said.

The Ministerial Sexual Misconduct Policy and Procedure manual was developed by representatives of MC Canada and MC U.S.A. for use across both denominations. A revised edition was released in 2016 and addresses both sexual and ethical misconduct by ministers. The manual includes input from area conference ministers, survivors of ministerial sexual abuse, professionals who work with sexual abuse and legal counsel in both the U.S. and Canada. It outlines the process of investigation, including how complainants are to be supported and a process for appeal by the accused minister. It is available here. 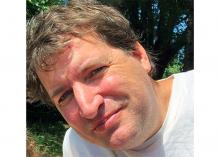 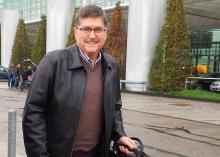 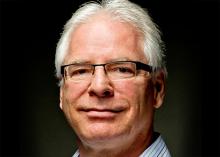 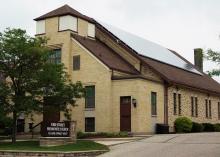 Wilmer Martin was the pastor at Erb Street Mennonite Church from 1978 until 1991. (Facebook photo)