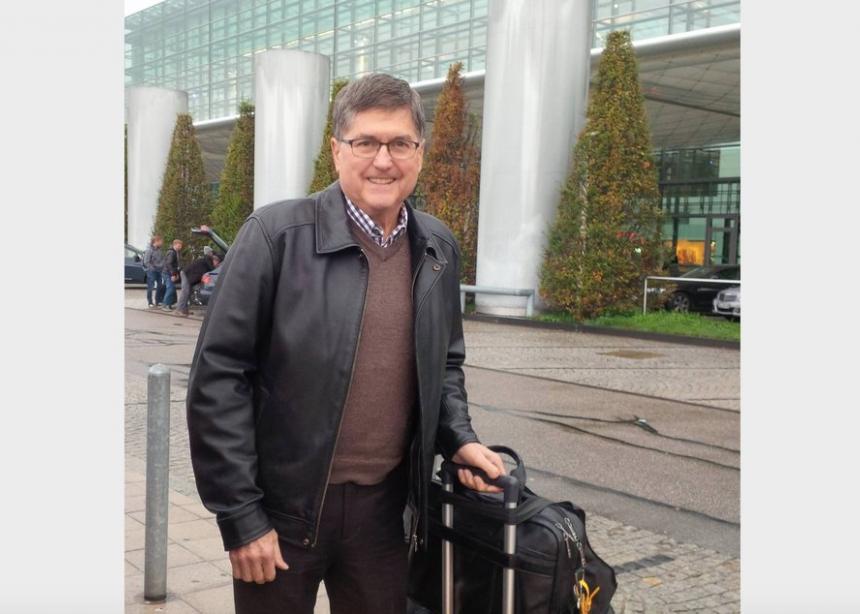 Mennonite Church Eastern Canada has terminated a retired pastor’s ministerial credential after investigating him for ministerial misconduct and ministerial sexual misconduct. The regional church made the announcement about Wilmer Martin, 75, of Waterloo, Ont., on June 16.

Martin served pastorates at Tavistock (Ont.) Mennonite Church and Erb Street Mennonite Church in Waterloo from 1968 to 1991 before becoming the president and CEO of Habitat for Humanity Canada from 1991 to 2000. He was then president of TourMagination, a Mennonite-oriented travel company, from 2000 until his retirement in 2016.

The complaints against Martin stem from his tenure at Erb Street Mennonite. According to MC Eastern Canada policy, there is no statute of limitations for ministerial misconduct.

Terminating a credential is the most serious outcome of an investigation and is not something that MC Eastern Canada does lightly, said David Martin, the regional church’s executive minister. “The church is deeply saddened and grieved when it believes that ministerial leaders have caused harm to congregants. Our highest value is on the well-being and safety of people in our congregations.”

According to David Martin, MC Eastern Canada began its investigation after receiving a written complaint against Wilmer Martin on Oct. 31, 2019. He wouldn’t specify the nature of the misconduct, citing complainant confidentiality, nor the number of complaints. Official guidelines for Mennonite ministers outline a range of activities that constitute ministerial sexual misconduct, from flirtation to rape.

As stipulated by the policy, MC Eastern Canada appointed three people to investigate the matter.

Marlene McBride, a professional workplace investigator with more than 25 years of experience as a police officer, led the investigation team. Marianne Mellinger, a former pastor and credentialed therapist, and Steve Manske, a research scientist with significant church council and administrative experience, also served as investigators.

After receiving the investigation report, MC Eastern Canada’s Leadership Council—a seven-person group that oversees the calling, training and credentialling of pastoral leaders—spoke with the investigators and Wilmer Martin.

The council determined that the evidence against Wilmer Martin “was sufficiently compelling and credible to terminate his ministerial credential,” according to an MC Eastern Canada news release.

A three-person appeal panel reviewed the documentation from the investigation and conducted a hearing, during which they heard from the accused and Leadership Council. Members of this panel were Marvin Friesen, an MC Eastern Canada pastor; Karen Huehn, formerly the clinical director at Shalom Counselling Services in Waterloo; and Elsie Goertzen, coordinator of Mennonite Central Committee B.C.’s End Abuse program.

The panel ruled that the investigation process was valid and upheld the Leadership Council’s judgment.

“I am terribly disappointed in the findings of [MC Eastern Canada],” Wilmer Martin told Canadian Mennonite in an email. “I did not commit ministerial misconduct, sexual or otherwise.

He criticized MC Eastern Canada’s handling of the matter, saying that the regional church did not provide him with details of the allegations, which prevented him from responding with documents or witnesses.

MC Eastern Canada also did not allow Wilmer Martin’s lawyer to be present during his interview. The reason for that, said David Martin, is because the internal church procedure to determine the status of a ministerial credential is not a legal court proceeding.

“[MC Eastern Canada] believes that the investigation, hearings and appeal were conducted fairly and in good faith,” he added.

The impact of ministerial sexual misconduct

Survivors of ministerial sexual misconduct face long-lasting trauma, said Carol Penner, an experienced pastor and an assistant professor of theological studies at Conrad Grebel University College in Waterloo. Although she could not speak about the Wilmer Martin case specifically, Penner—who has written resources for MC Eastern Canada related to healthy boundaries in the church— said in an email, “[Survivors] often lose their trust in authority figures, their trust in the church, their trust in God,” adding, “Healing is measured in decades, not years.”

Surviving sexual abuse is a personal journey that is different for every person, added Barbra Graber, a survivor herself and founder of the Mennonite Abuse Prevention (MAP) List, an archive of documents on Anabaptist church leaders who have been credibly accused of sexual violations. Graber, who lives in Harrisonburg, Va., said, “These incidents can create long-term struggles with sexual dysfunction, depression, lack of self-esteem, inability to trust others, eating disorders [and more], but sometimes people who have experienced it don’t even realize their struggles are connected to the incident they thought was just a thing they could shove out of their minds and be fine.”

David Martin advises survivors of ministerial misconduct who wish to report the incident to seek the support of a trusted friend or spiritual guide, and with that person’s support, to bring their concern to the regional church—even if they are unsure about whether or not what they experienced was misconduct.

MC Eastern Canada has background materials on its website to help people understand what sexual ministerial misconduct is and how to contact someone if they wish to discuss their experience: mcec.ca/resources/sexual-misconduct.

“My advice to an individual with a concern is to definitely explore it, to be confident that the church will hear your story in good faith and trust, and that you can expect that the exploring of that concern and any potential laying of a complaint is one that will be safe and is one that will be confidential,” David Martin said. “They do not need to expose themselves or fear that they will have to be put on public display.”

But Graber said that survivors who want to report what has happened to them can reach out to a local crisis centre or non-Christian therapist specializing in sexual abuse. She specifies non-Christian, saying, “The Christian ones too often want [survivors] to forgive and ‘find closure.’”

Survivors can also talk to a lawyer, a prosecutor, a civil authority or a survivor network like the MAP List, Survivors Network of those Abused by Priests (SNAP), or Into Account, a Kansas-based organization that provides resources for survivors.

“Someone who can objectively help them think through their personal options and will not try to push them in any one direction is important to find,” Graber said. “I advise never to start with telling someone getting a paycheque from the institutional church, especially if the abuser is from the same community. You may want to return to church people for support, but, if you start there, you will likely not be encouraged to explore all your options.”

Canadian Mennonite is investigating allegations that challenge the investigation timing and process. Watch for an upcoming report.

Thank you very much for this excellent, and much needed, article.

While the outcome of MCEC's actions did result in a positive step for the victims, it's not clear how the past trauma, the most-certainly re-emergent trauma and the ongoing needs of the victims of this abuse were treated in coming forward, communicated with and cared for during the process and how they will be cared for ongoing.

While this article clearly does not, nor is able to, convey all the actions taken by the various institutions, the only proactive action noted above is that of Habitat for Humanity who has set up a confidential process for other possible victims to reach out.

I know it took much courage for the Erb Street victims to bring this to light. I hope there is more than just "prayers" for them but that, additionally, their community is treating them with care, consideration and an attempt to understand the impact the past and the current events has had and is once again having on them.

Rather than the accused, please consider the victims first. It is they that are the courageous ones, but they are also the vulnerable ones.