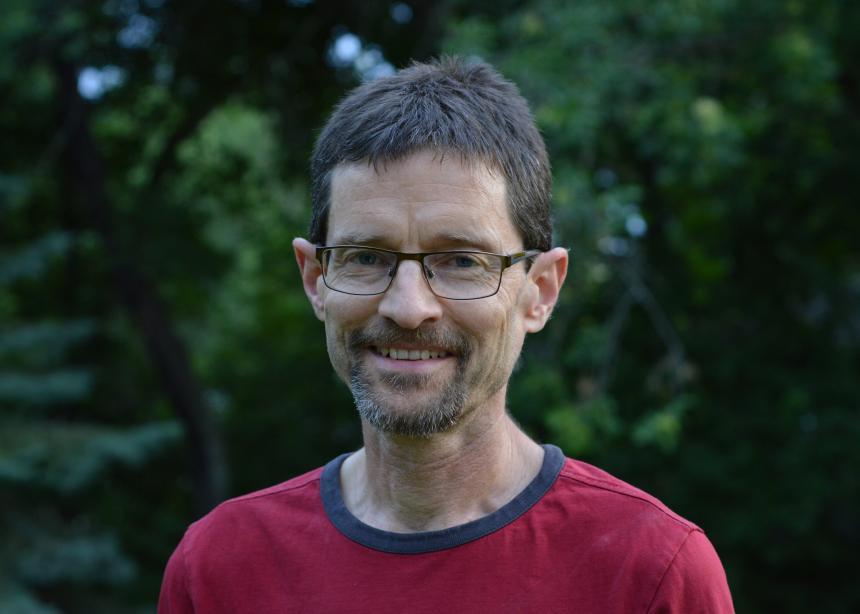 When Kevin Drudge needed a children’s story for his church’s Sunday morning worship service, he decided to write one himself. But what began as a one-time occasion has become more than two dozen stories and a deal with a publisher.

Drudge is the pastor of Covenant Mennonite Church in Winkler, Man. He published his first two children’s books in August with Word Alive Press in Winnipeg.

Michael’s Ice Cream Surprise and Imagine, Michael! are two of the many stories Drudge has written, all of which involve the character Michael, an adventurous and inquisitive young boy.

In the first book, Michael loves to be first at everything. Yet he gets a surprise at the end of the story that turns the idea of being first on its head.

In the second, Michael is bored on summer holidays, so his parents tell him to use his imagination. What unfolds is the boy’s creative vision of a biblical story and how he can experience Jesus with him in his imagination.

Drudge’s fellow church members were enthusiastic about the Michael series and encouraged him to get them published.

“I think the kids just enjoyed a fun adventure story, but also the adults said that was a really meaningful connection with that verse or that idea,” he says. “That was sort of the goal, to present a biblical concept in story form that children could relate to.”

He did this by weaving tales of children’s ordinary experiences with simple yet meaningful messages from the Bible, like love one another and the last shall be first, which the stories ultimately lead to Michael discovering.

“Sometimes the adults have said, ‘Well we could have just finished right after the Michael story, that would have been enough!’ ” Drudge says. “People of all ages enjoy a story, and sometimes, just like Jesus’ parables, it can be a fairly simple story but it captures the message in a very pointed and unique way.”

Telling stories is one of Drudge’s passions.

He has written many puppet plays and, when his children were young, he would tell them improvised stories about a young boy named Johnny, who was not unlike Michael. Over the years, they went on a myriad of escapades with Johnny and his family through the stories.

So Drudge was well practised when he began writing down his oral stories. Equipped with 8.5”x11” paper stapled together, and illustrations drawn by his eight-year-old daughter, he began the journey that would eventually lead to publication.

Drudge hopes these stories will be a useful resource not only for church and Sunday school, but also for bedtime reading at home.

Michael’s Ice Cream Surprise and Imagine, Michael! are available for sale or loan at CommonWord.ca.

Further reading from our Fall 2020 Focus on Books & Resources:
New hymnal will be ‘part of the fabric of our lives’
COVID clean-up leads to inspiring discovery
‘The Daily Bonnet’ creator publishes book
Living at ‘home together’
Fall 2020 List of Books & Resources 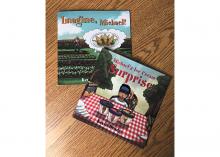