One decade, two deaths and a wealth of affirmation 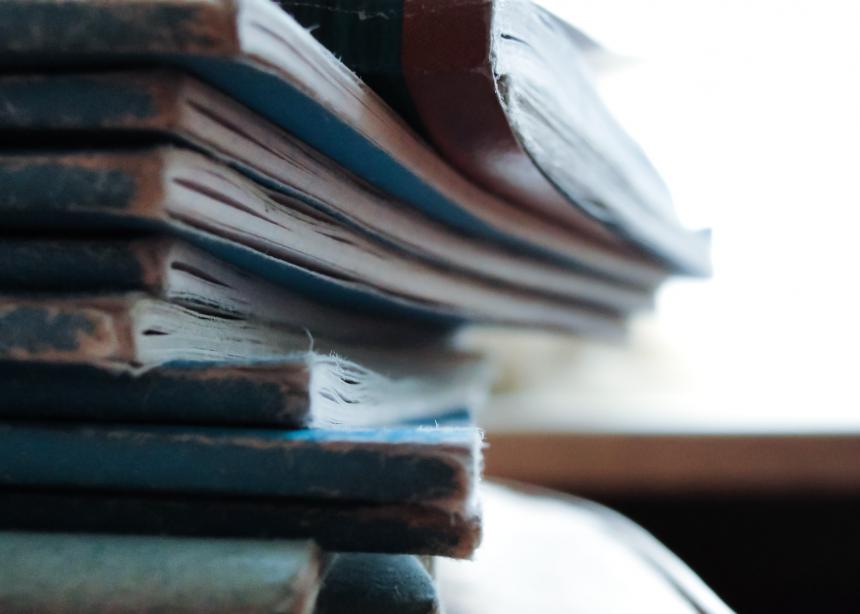 On my first day as senior writer for Canadian Mennonite, one of the two most important elders in my life died. Gene Herr, along with his wife Mary, created the Hermitage, a spiritual retreat centre in Michigan, which served as a spiritual home for myself and many others. Gene died on Jan. 1, 2012.

Then, this past summer, a day before the memorial service for Menno Wiebe, the other key elder in my life, I was offered CM’s executive-editor position, leading to the end of my time as senior writer. (Wiebe died in 2021, but the post-COVID-19 memorial was held on Aug. 27, 2022.)

Thus my decade as senior writer, which ends with this and another article in this issue, was bookended by moments of loss as well as gratitude for two remarkable lives. Such are the cycles and rhythms. Such is the gift.

First, I acknowledge Mary Herr and Lydia Wiebe, their surviving wives. While I had more interaction with Gene and Menno, their wives are inseparable from them, and certainly no less gifted or wonderful.

A shepherd of shepherds

Gene Herr was a true pastor, a shepherd after God’s heart. He guided and accompanied others, holding various ministerial roles and eventually creating the Hermitage—a barn remodelled into a guest house on 25 largely wooded hectares—where he and Mary welcomed people into silence, prayer, rest, healing and surrender to God.

Gene had a holy restlessness and that drew him ultimately to the ancient tradition of contemplative spirituality. “I had tried like crazy to be a good Mennonite pastor in the current model of Anabaptist ministry of the day—I took every class, read every book,” he wrote in 2010. “But the enduring hunger for a more contemplative ministry” continued to beckon.

He spent much time in silence and prayer. He steeped himself in Scripture and the writings of mystics past and present.

At his funeral, Father Eric Haarer, a Catholic monk who was raised Mennonite, spoke of the John 15 passage Gene had chosen: “Abide in me as I abide in you.” Haarer spoke about “the search for the place of belonging, for home.”

And then, once you arrive, a deeper journey awaits. Near the end of Gene’s life, Haarer suggested that Gene’s life had prepared him for his “final homecoming.” Gene said: “I think I’m ready.”

Menno Wiebe’s journey was different and similar. As the long-time director of Indigenous programming with Mennonite Central Committee (MCC), Menno thought intensely about the mission, character and trajectory of the church. In 1996, he presented a paper to a gathering of provincial MCC directors in Calgary. His presentation was thorough, clear and direct: “Always religion is in danger of becoming an ideological device for blessing the status quo. Because if divine assent for oppressing the poor is obtained, what greater assent is needed? .. .

“God’s people are not to be cocooned in their own sustenance. . . .

“If we can accept the history of Mennonite migration to this country as God-willed, then our coming also presents the opportunity to treat our neighbours with justice. Otherwise, the church would only be a mechanism used to give quasi-divine assent for the national mistreatment of its First Peoples. . . .

“Do Mennonites have what it takes to hear and respond to the plight of the unjustly treated?”

The Gospel reading at Menno’s funeral—like Gene’s—was from John 15, although with an emphasis on Jesus’ tender declaration: “I have called you friends.”

Along with the same concluding Gospel reading, Gene and Menno shared key traits. They were both uncommonly present to others, with little to prove themselves. They were both highly entertaining characters. They both overflowed with affirmation for others. And they both lived out of the depths of an intimate faith.

Having found a place of belonging, of transcendent friendship, of holy home, they could then accompany others on their own journeys toward new journeys. Such are the cycles and rhythms. Such is the gift.

At transitional points in life, the enduring call and undying affirmation of saints who have gone ahead is a particular grace.

Thanks be to God.