‘We really need each other a lot’ 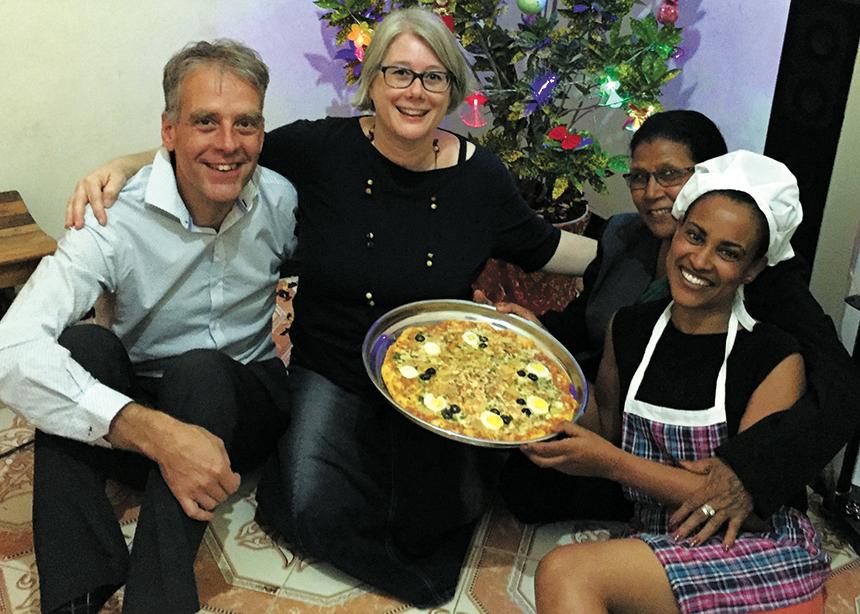 Werner and Joanne DeJong returned to Edmonton’s Holyrood Mennonite Church excited about the Anabaptist church in Africa and at home. They see possibilities for ongoing partnerships that benefit both the rapidly growing church in Ethiopia and the declining church in Canada. “We really need each other a lot,” Werner says.

The Ethiopian church, unlike its North American counterparts, is growing faster than its ability to train leaders. Meserete Kristos is the largest Anabaptist denomination in the world, and the college, located just southeast of Addis Ababa, has a unique and profound contribution to make to this dynamic environment.

“They have a peace and justice stream and a community development stream,” says Joanne of the college. “The other evangelical schools don’t have this.”

Adds Werner: “They can lose the uniqueness of what is Anabaptist if they aren’t careful, and that is what is needed: The peace theology and teaching, the whole notion of Christianity as discipleship, and following Christ in everyday life.”

The impact of good teaching is hard to underestimate, according to the DeJongs. Students come to the college from different people groups all over the country and then return to their churches with what they have learned.

Once, after presenting a full-day workshop on discipleship formation, the pastor of a local independent evangelical church told the DeJongs: “The best way to describe the Mennonites that have come [to Ethiopia] over the years is that they ‘walk straight,’ ” meaning that they live out the things they teach.

While at the college, the DeJongs also “walked straight.”

Joanne says their joy was in the students. “We spent every minute we could with the students. We went to their homes, churches, events. . . . We tried to be incarnational. You have to be involved in their lives for them to see you living out your faith.”

The DeJongs also took the opportunity to visit with Sudanese Christians in Gambella, Ethiopia. Many of these people have been displaced from their homes in Sudan and have relatives in the South Sudanese Mennonite Church in Edmonton.

Solid Anabaptist teaching is what the DeJongs see that the North American Mennonite church can provide the church in Ethiopia. The Ethiopian church, in return, has significant gifts to offer.

“For me, the most significant thing I take away from them is their dependence on God,” says Werner.

Werner was immediately able to apply this concept at Holyrood upon the couple’s return in early 2019, starting regular prayer meetings. According to him, “The emphasis on waiting on God, praying and seeking God’s direction dovetails perfectly with Vision 20/20,” Mennonite Church Alberta’s call to prayer for the future direction of the church.

Werner says that his students repeatedly asked about church decline in North America: “What is wrong with the church? Are you not praying? Do you not trust God? Are you not listening to the Holy Spirit?" He found himself torn between feelings of defensiveness and being constructively challenged by these questions, which were asked out of curiosity, not judgment.

“They have something to give us. God is there.” Joanne says. “Ask any student what plan God has for their life and they have an answer.”

The DeJongs felt a sense of freedom because the Ethiopian culture is not secular, but one in which God is openly acknowledged. People were open and eager to discuss matters of faith and life.

Werner, who recently completed a doctorate in spiritual formation, worked as an instructor at the College, while Joanne preached, engaged students and served anywhere she could.

They raised their own sabbatical funds, using a relational funding model, and were accountable to the church through Eastern Mennonite Missions, Mennonite Central Committee and Mennonite Church Canada.

Their time at the College has confirmed a sense of calling for the DeJongs. However, what exactly God’s plan looks like is still in process for them. Upon return from sabbatical, Werner is committed to at least a full year of pastoring at Holyrood, as well as praying about “how this relationship with the Meserete Kristos College can continue.”

For more on the DeJongs’ sense of calling, see: “Exploring God’s call.” 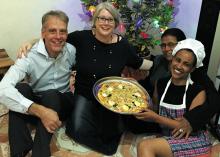 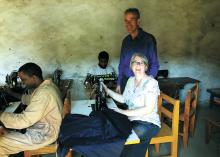 Werner and Joanne DeJong visited an Ethiopian prison that had received donated sewing machines from Mennonites. Joanne also preached at this prison. (Photo courtesy of the DeJongs)