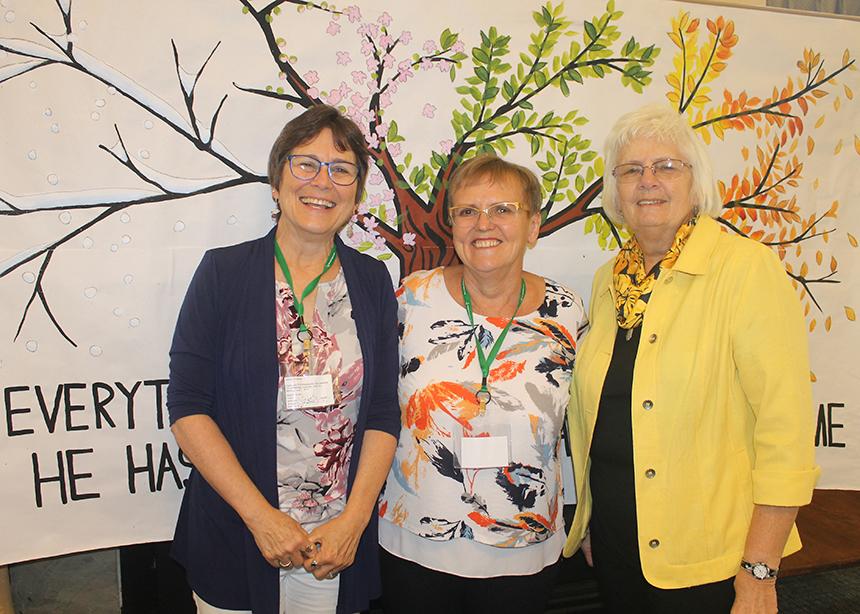 In spite of the sadness involved in bringing the Mennonite Women Canada (MW Canada) organization to a close, Shirley Redekop, the final president, expressed confidence that “God is still at work in our midst—bringing forth new shoots, new growth and renewed purpose among women of faith.”

The final meeting of this nationwide ministry was held in Abbotsford in June 2019, but the final dissolution came on Jan. 31, 2020, after all of its financial assets were distributed.

MW Canada decided to distribute its remaining assets to the regional churches to support women’s ministries, as decided by their women’s organizations. The percentage of the total for each regional church was determined by the percentage of membership in Mennonite Church Canada. Out of total assets of $102,168, MC Eastern Canada received $45,976; MC Manitoba received $30,650; MC Saskatchewan received $9,195; MC Alberta received $5,108; and MC B.C. received $11,238.

For 67 years, MW Canada encouraged regional and congregational women’s groups, as well as supporting female missionaries and theology students. Together with the women’s organization in the United States, MW Canada provided annual Bible study guides to be used by women in congregations.

At MW Canada’s final meeting, Jason Martin, MC Canada’s director of International Witness, acknowledged that, in the past 18 years, the women’s organization had raised $100,000 for overseas mission workers.

While the MW Canada website is closing, the blog at mennowomencanada.blogspot.com/ will continue so that it can serve as an archive of recent MW Canada activities. All issues of the Connections newsletter and the annual report books from 2011 to 2019 can be found there, as well as 483 posts beginning in 2009.

“I will miss our times together as an executive, and will miss meeting women from across Canada at our national gatherings,” wrote Redekop in her final reflection. “Our meetings were times of sharing of our personal joys and concerns, as well as sharing the vision and the challenges. . . . I want to sincerely thank all the committed and passionate executive members across Canada who volunteered their valuable time and energy to their regional women’s organizations and to MW Canada. Thanks also to all of the women who have faithfully supported those in leadership positions, both financially and prayerfully. Your faithfulness will be remembered.”

Related story:
Igniting flames of hope in the midst of ending 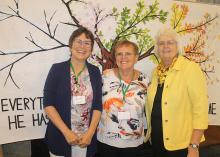