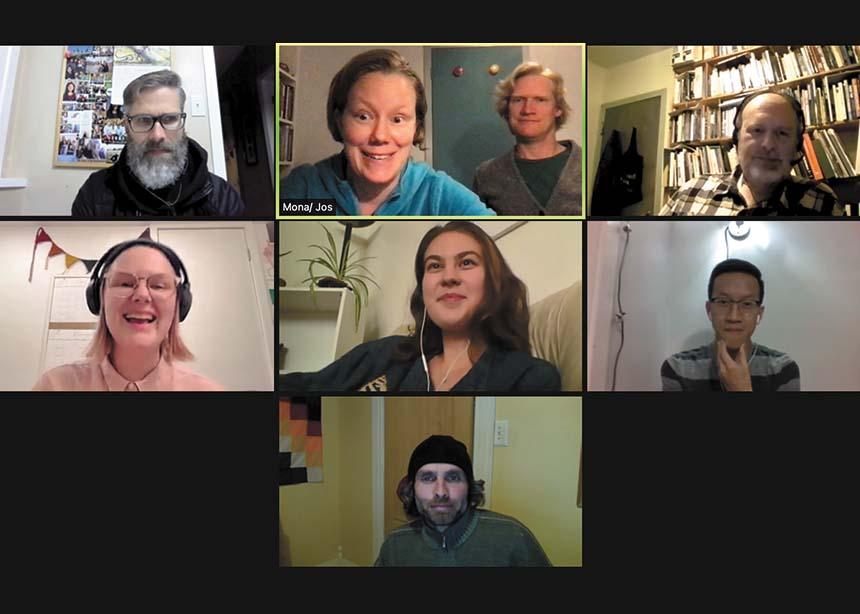 At the beginning of November, thousands of people from across the globe gathered at the COP26 Climate Summit in Glasgow, Scotland, to address the climate crisis.

Meanwhile, there was also action happening closer to home. A committee of Mennonites from across Canada launched “7 Calls to Climate Action for Mennonite Church Canada,” which urges the denomination’s leaders to act immediately for climate justice.

“This good world that God so loves is in a climate emergency. And it is too late not to act,” states the “7 Calls” document.

“The people in power, the people who make decisions, don’t seem to be listening to the science that is so clear and so essential, saying this impacts all of us,” says Mona Neufeld, a “7 Calls” committee member who attends Hope Mennonite Church in Winnipeg. She believes the church cares about the things represented in the calls, but that they need to move beyond talk and act on them.

The “7 Calls” initiative came together swiftly, in roughly a week.

“I think a lot of times we don’t want to act until we have the right words to support our actions. . . . [W]ho cares what we call it, let us go out there and do something about it,” Neufeld says, of the climate crisis. “Species are dying, people are dying, our earth is being destroyed. . . . [W]e don’t have the luxury of waiting for perfection.”

It is clear that others share the same conviction. The committee is encouraging people to support the calls through four actions:

When this article was written, more than 200 people had signed on and more than $12,000 had been pledged.

When considering how slow Mennonites can be with change and decision-making processes, “the response that we’ve had so quickly speaks to this being close to people’s hearts,” Neufeld says.

Mark Bigland-Pritchard, a member of Osler (Sask.) Mennonite Church and of the “7 Calls” committee, is passionate about climate justice because of his faith. “Whose world is this? It’s not ours,” he says. “It’s God’s, and it’s our job to look after it properly.”

Bigland-Pritchard has been fighting climate change for years, formerly working in physics and energy and, now as migration and refugee resettlement coordinator for Mennonite Central Committee, where he hears about the extreme impacts of climate change from the people he works with.

“People all over the world are suffering as a result of climate change and, for the most part, it’s the people who have done next to nothing to generate the problem.”

“What I really value in the calls to action is how it demonstrates passion and real concern for the climate, that is there in our Mennonite church family,” says Tim Wiebe-Neufeld, the executive minister of MC Alberta and chair of MC Canada’s Sustainability Leadership Group (SLG).

Doug Klassen, executive minister of MC Canada, acknowledges constituents’ frustrations that past resolutions and movements have still not generated enough change. “We have taken action, and created some really good things . . . but it isn’t enough,” he says.

MC Canada leaders responded to the “7 calls” in an initial statement published on Nov. 4.

“We are in a climate emergency,” it read. “Out of devotion to God our Creator, we must hear and respond to the call to urgent action for the sake of God’s good creation. Out of love for our neighbour, we must hear and respond for the sake of our human family, especially those most vulnerable to the devastating effects of climate change. . . . As leaders within Mennonite Church Canada, we commit ourselves anew to working for climate justice and a sustainable future for all God’s creation and all God’s children.”

They have had further meetings to discuss next steps, the outline of which will be forthcoming, but Klassen hopes their responses will be “action-oriented and have accompanying timelines.” He is in conversation with the “7 Calls” committee.

Neufeld recognizes that people will have concerns and critiques of the movement, and she appreciates those contributions to the process, too. “What we want to put out there is this strong invitation to join us in this messy middle that we find ourselves in, and to be willing to make mistakes and to take risks,” she says.

This article appears in the Nov. 22, 2021 print issue, with the headline “‘It is too late not to act’ on climate emergency.” Do you have a story idea about Mennonites in Manitoba? Send it to Nicolien Klassen-Wiebe at mb@canadianmennonite.org. 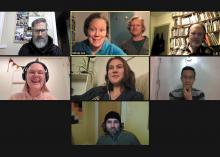 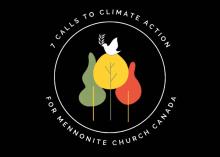