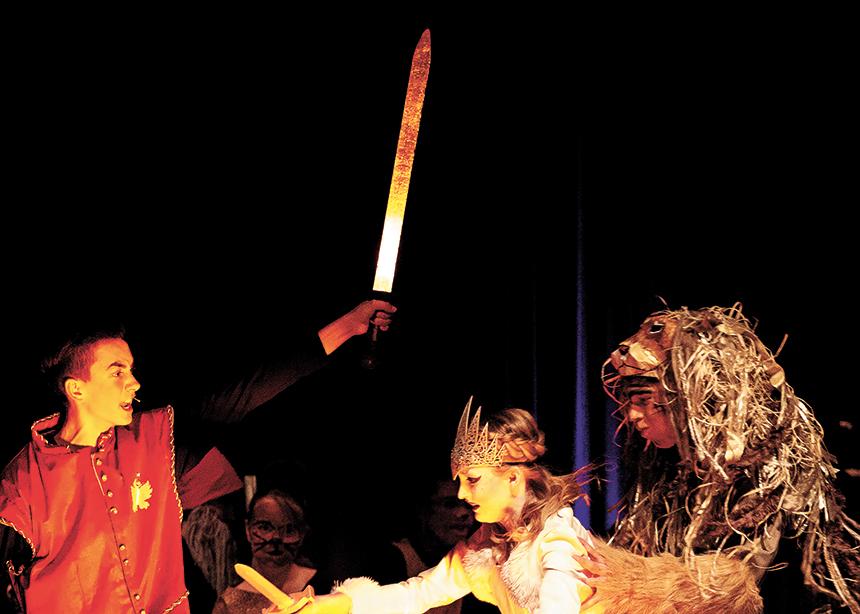 Menno Simons Christian School put on an amazing performance of The Lion, The Witch and The Wardrobe earlier this year.

It’s an adventurous story about four children who find themselves travelling through a frozen land to reach a great lion named Aslan while being hunted by an evil witch.

I was lucky enough to be that White Witch they were trying to escape from. However, just as the White Witch pretended to be a wonderful queen with her kingdom all together, our cast and crew were also hiding some unintended excitement. My magical wand repeatedly got lost among the many props; some actors ended up with accidental bruises from the fight scenes; and multiple cast members—specifically me—tripped over cords.

However, amidst all this chaos, there was something amazing that happened onstage as everything came together before our eyes. The stress of dress rehearsal mistakes and missing props faded away, our nerves and anxiety levels lowered, and we looked out on the audience to see all the amazing people supporting us.

The greatest lesson I learned from The Lion, The Witch and The Wardrobe storyline is to have faith in what is not always seen. Memorizing lines over and over again caused me to look deeper into the story of Narnia. I realized that the beavers were counting on Aslan’s return, even though it had been decades since he had last been seen.

Their land was being ruled by the White Witch, who pretended to be a kind queen. But, as Lucy spoke, “She is an evil witch who makes it always winter and never Christmas!”

The White Witch influenced her kingdom to believe that Aslan was a lie and that he was a monster. But some of the animals had faith that there is a better way; they knew that he cared and would return to save them.

I believe that we can learn from their example as well. The animals focused on Aslan to lead them through hard times. In the same way, we can focus on Jesus to guide us to a Narnia lamppost in the darkness.

Ella Hinz was a Grade 9 student when the play was performed in the spring of this year. 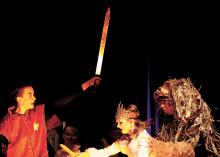 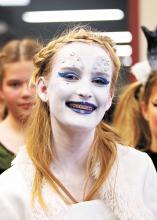 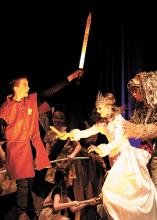