Jesus doesn’t stop where we think he should 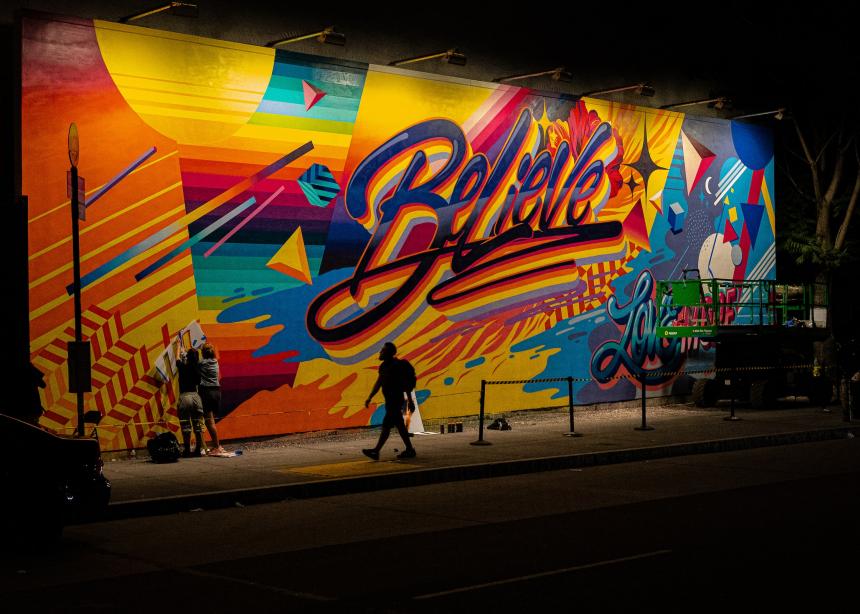 I’ve probably preached half a dozen sermons on “Doubting Thomas” over the last decade or so. Thomas shows up faithfully in the lectionary readings each year after Easter Sunday. Thomas, the recalcitrant empiricist.

There are many of us, I suspect, who silently nod along with Thomas each year. Thomas is our guy; he thinks for himself. Sermons on Thomas in our context tend to fall into some well-worn grooves. Thomas’s story is in our Bibles to show that doubt is a part of the life of faith, that it’s not a sign of failure or weakness, or that Jesus meets us in our doubt. All of this is gloriously true, so far as it goes.

But it doesn’t go far enough. Jesus has this tendency to rarely stop where we think he should. He says more than “Peace be with you,” to Thomas, after all. He also says, “Do not doubt, but believe.”

This pattern shows up all over the gospels. To the woman caught in adultery Jesus says, “Where are your accusers?” and, “Neither do I condemn you.” And we cheer him on while he puts those insufferable religious men in their place. But Jesus doesn’t stop there. He follows it up with, “Go and leave your life of sin.” Doesn’t Jesus understand gender and power dynamics?

Jesus lovingly invites the paralytic by the pool of Bethsaida to take up his mat and walk. But a few verses later, he adds, “Do not sin any more so that nothing worse happens to you.” Come on, Jesus, give the dude a break. He’s been dragging his broken body down to a pool for four decades. How much opportunity for sin has he had?

Similar themes show up in Jesus’ conversation with the woman at the well, Nicodemus and others. The pattern dosn’t fit every situation or interaction, but it does point to a trend. Jesus so often refuses to stop where we think he should.

So, this year, I decided not to stop before Jesus does in the story of Thomas. I told my congregation, and myself, to stop doubting and believe.

But I’m also all for a robust conviction that the crucified and risen Christ anchors all the above. If Christianity ever ceases to be about belief in the hope and the life that radiated out of the discovery of that empty tomb, then I think the church will become, as Paul said, an “object of pity.”

There is no shortage of political and social agendas out there. What cannot be found elsewhere is forgiveness, mercy and enduring hope. We need to hear the truth about who we are and who God is. We need to believe. We need to remember that it’s unwise to stop before Jesus does.

Read more From Our Leaders columns:
Fun, smart and committed
‘Keeping the Ball Rolling’
Eco-theology: On Earth as it is in Heaven
Only together can we heal
A new chapter?