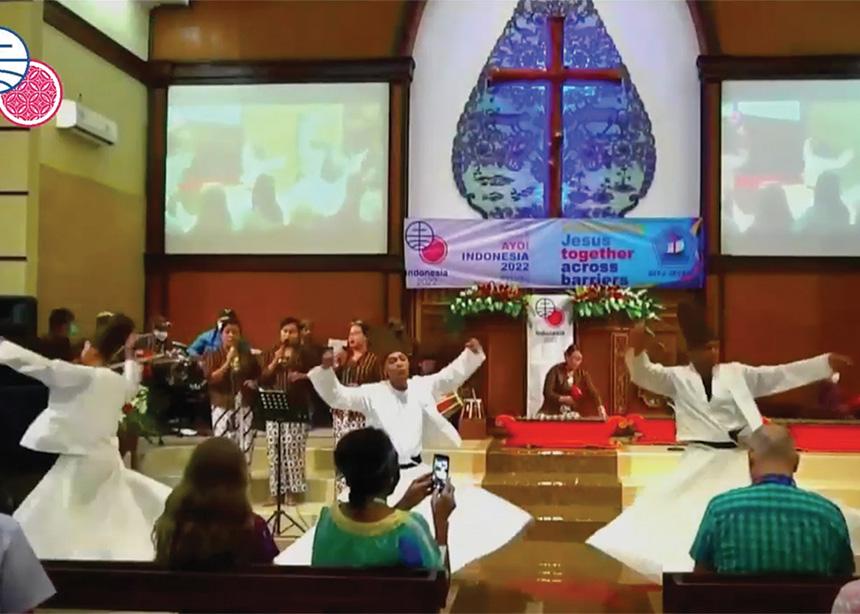 I am frequently asked, “What was it like to be in Indonesia for the Mennonite World Conference [MWC] assembly?” There are many possible answers, but today I want to focus on learning from our Indonesian Anabaptist sisters and brothers on how and why they build strong invitational relationships with their Muslim neighbours.

Indonesia has the fourth-largest population in the world, and the largest Muslim population of any country. Christians are just 10 percent of the population, which can make life difficult for individuals and churches.

Pastor Danang Kristiawan says that building peace in a pluralistic society is a calling for all communities: “Peace is not only the absence of violence or conflict; peace needs relationships, trust and understanding.”

One of the big public evening worship services at the assembly included traditional Javanese dance and music, as well as Islamic Sufi meditative dancers, known as whirling dervishes, or semazens. This brought controversy for some assembly participants who considered it syncretism. The Javanese Mennonite Church in Jepara dealt with similar conflict 10 years ago. Dialogue within the Jepara congregation over the past decade broadened perspectives about what it means to be a peace church in their city, participating in interfaith events that include art and culture, along with theology and spirituality. Together, the two groups learn about and respect each other’s commonalities and differences.

Some assembly participants were able to visit an Indonesian Anabaptist congregation in Winong. The church’s meeting place is directly across the street from a mosque. The two faith communities slowly worked at building relationships of trust and peace.

Pastor Didik Hartono described the trust-building process through which they live out their shared visions of religious harmony in Indonesia. They built a canopy across the street, connecting the two meeting places, creating a shared space for hospitality and community.

A third story was shared in an assembly workshop that was co-led by Pastor Paulus Hartono from the Indonesian Mennonite Diakonia Service and Commander Yanni Rusmanto from an Indonesian paramilitary group. The two groups worked side by side after the 2004 tsunami in Aceh, Indonesia. They began to dialogue, and found that they were each working at community-based peacemaking. They continue to find ways to collaborate. Rusmanto said in the workshop that “[t]he world is full of violence, including war. This is the time for us to make peace together. . . . In the end, I say to you, all my Mennonite friends in all the world, to love peace, humility and nonviolence.”

One of the largest Anabaptist congregations in Indonesia is in Semarang, the site of the final worship service of the assembly. I saw how this large church serves as the community centre for their neighbourhood, providing soccer programs, vaccination clinics, food programs, educational opportunities and popular music concerts.

Kristiawan says that “relating to another faith or religion is not just a church method to make peace; it is a part of the very identity of the church, without which the church will not fulfil its own mission.”

And yet I am now involved in some conversations of concern from assembly participants in other parts of the world who find all this troubling.

May our churches also be creative with what it means to fulfil our mission, seeking relationships of integrity with Indigenous neighbours, and building a vision of religious harmony in our own increasingly pluralistic country.

Read more The Church Here and There columns:
50 years of change
Can we see it?
These are our people
What holds us together?
Meetinghouses 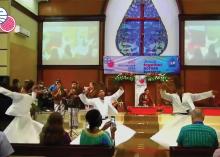 Thank YOU Arli for sharing this great reminder of our commission from Jesus, especially in this advent season.