How I learned to stop worrying and love the comet 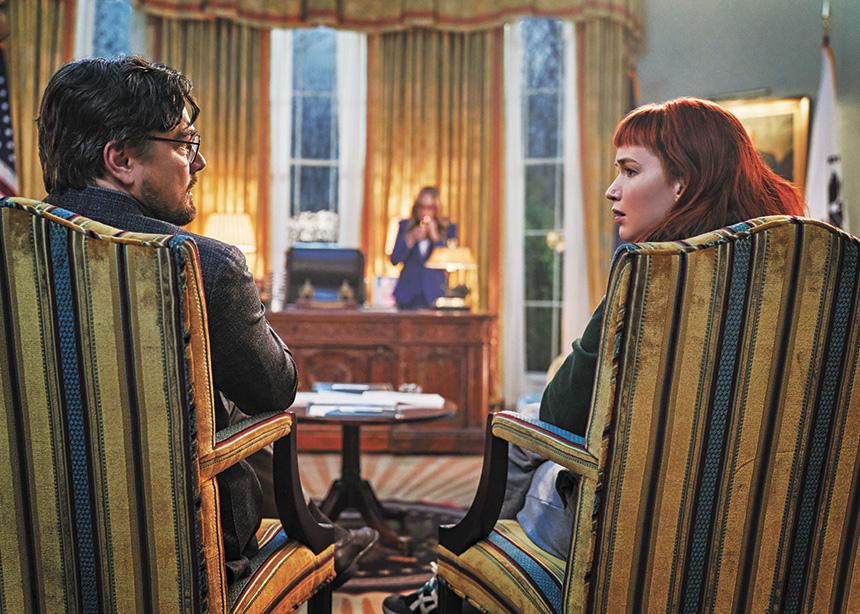 What would you do if you heard that all life on earth was about to end? This is the premise behind Don’t Look Up, an Academy Awards best-picture nominee, released on Netflix in December and already one of the most popular Netflix films ever made.

Don’t Look Up begins with doctoral student Kate Dibiasky (played by Jennifer Lawrence) discovering a new comet heading towards Earth. The astronomy professor Kate works with (Dr. Mindy, played by Leonardo DiCaprio) confirms the comet will strike the earth in six months. Unless it is stopped, it represents an “extinction-level event.”

The discovery is taken seriously enough to get Kate and Dr. Mindy a visit to the Oval Office, but President Orlean (Meryl Streep) and her son Jason (Jonah Hill), the chief of staff, are only concerned about the impact of this news on upcoming elections. They want to “slow down and assess,” getting confirmation from their own scientists. So Kate and Dr. Mindy take their warning to the news media, represented by anchorwoman Brie (Cate Blanchett), whose primary concern is ratings and who insists that Kate and Dr. Mindy “keep it light,” a rather difficult proposition.

Even when the president finally takes action, she is quickly convinced by her biggest donor, smartphone and technology giant Peter Isherwell (Mark Rylance), to view the comet as a source of valuable resources to be mined for trillions of dollars of profit, which can be used to bring everlasting peace and prosperity to the Earth.

Don’t Look Up is written and directed by Adam McKay, whose previous satires concerned actual events. Of course, with this obvious allegory about climate change (climate-change deniers dismissing warnings of imminent disaster), McKay is addressing an actual crisis this time as well.

The film has many clever moments of satire that make me think: “Yes, this is the way I’ve been feeling for years. How can people keep looking down and missing the comet in the sky? How can we allow short-sighted governments to build pipelines designed to carry dirty fossil fuels for at least 50 years when experts say we need to begin phasing out fossil fuels now if disastrous climate change is to be avoided?’

And I couldn’t agree more with the film’s satirizing of climate-change deniers, the smartphone industry, social media and the news media (the call for more independent media is clear). It’s true the film doesn’t say much on those subjects, or about the countless people working to make our lives sustainable, but scientists say it accurately depicts the challenges they face getting their messages heard.

Don’t Look Up also offers an unexpectedly profound and moving look at how people respond to the knowledge of their imminent deaths, something we are all capable of denying much of the time, a denial that prevents us from seeing life as the precious thing it is.

The film is well-made, with excellent performances by Lawrence and DiCaprio in the lead roles, solid special effects and a wonderful score that is integral to the success of the film. There are, however, a number of things I find troublesome. The over-the-top performances by Streep, Blanchett and Hill may be exactly what McKay wanted, but their often-silly lines usually made me cringe rather than laugh. Indeed, the film as a whole often veers in unnecessarily silly directions at the expense of a coherent structure and plot.

Some critics have compared Don’t Look Up favourably with the 1964 political satire, Dr. Strangelove or: How I Learned to Stop Worrying and Love the Bomb, which satirizes the nuclear deterrence of the Cold War. However, a comparison of the two films reveals precisely why one is a great classic and the other only a decent film: Dr. Strangelove is simple and tight—a perfectly structured film that takes place over two hours. The absurd comments of its characters feel all too real, as they often do in Don’t Look Up, but the hilarious dialogue is sublime.

Nevertheless, if you can handle the foul language, Don’t Look Up is a film well worth watching, with much to think about and discuss. 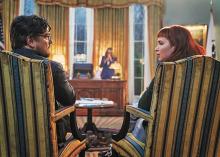