The story of the plague village of Eyam 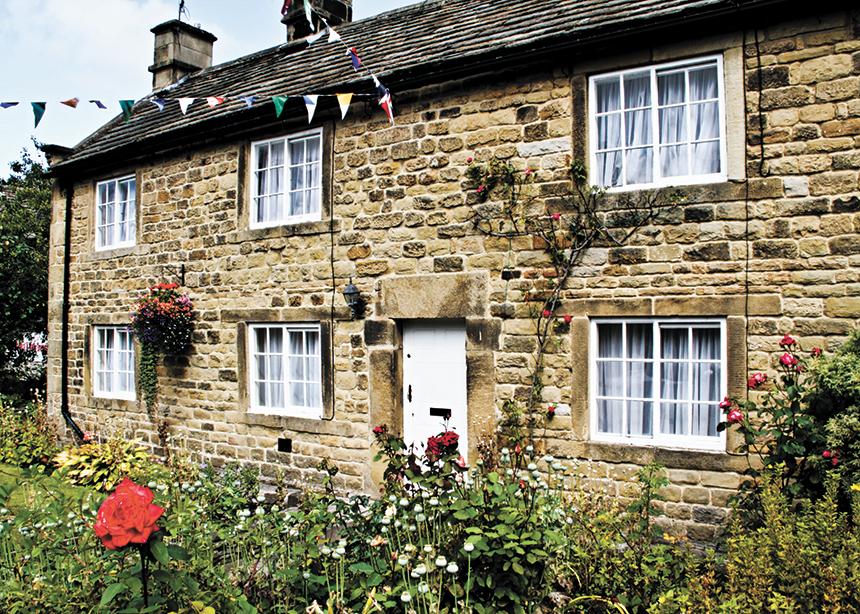 The Rose Cottage, located in the historic ‘plague village’ of Eyam, England, where 250 of the village’s 350 residents died of the Black Plague between 1665 and 1666. (Photo by Michael Beckwith / bit.ly/cclicence2-0)

“Greater love has no one than to lay their life down for their friends,” said Jesus.

That’s an amazing thing for anyone to do. But what about a whole village laying down its life for people it doesn’t even know?

That would be extraordinary. Yet that’s what happened more than 350 years ago when a pandemic came to the tiny village of Eyam in England. It’s a story worth revisiting today as anxiety about coronavirus spreads around the world.

It was in September 1665, when the local tailor in Eyam received a bolt of cloth from London. At that time, London was dealing with a terrible outbreak of bubonic plague, also known as the Black Death.

Unbeknownst to the tailor, the cloth was infected with fleas carrying the plague—which nobody knew until people started getting sick. This included the tailor, who was dead in a week.

Understandably, when they heard the news the 350 or so residents of the village wanted to flee to other towns to get away from the disease.

But the village’s new Anglican priest, William Mompesson, convinced them not to go. He preached a sermon pleading with them to stay to prevent the plague from being spread to other towns and villages in the vicinity.

He added that, if they stayed, he would stay, too, doing everything he could do alleviate their suffering.

The residents of Eyam agreed with their priest; they decided it was their Christian duty to stay quarantined until the disease had passed. They sealed themselves inside their village and awaited their fate.

A boundary made of stones was created around the town—nobody from inside was allowed out past the stones, and nobody from the outside could come in.

They made arrangements with other communities to leave food and other supplies on the stones; money washed in vinegar (believed to disinfect the coins) was left on a well outside the village for payment.

After a year, the plague burned itself out. But it killed more than 250 people in Eyam before it left, including the wife of William Mompesson. The cemetery was so full that the dead had to be buried in nearby gardens and fields.

According to historians, the brave actions of the villagers prevented the plague from being spread to other places—but at a terrible cost.

In a BBC interview, Dr. Michael Sweet, a disease specialist at the University of Derby, said the decision by the villagers to quarantine their village “significantly reduced the potential of the spread of the pathogen. Without the restraint of the villagers, many more people, especially from neighbouring villages, would more than likely have succumbed to the disease.”

The current rector in Eyam, Reverend Mike Gilbert, said in an interview: “There was definitely that hope of heaven that kept them going, but it was phenomenally difficult to simply face it. It wasn’t a nice way to die . . . it is almost overwhelming to think what it must have been like. I suspect fear stalked them every day of their lives.”

Today, Eyam is known as the “plague village.” It has a plague museum that tells the story of that terrible time and the villagers’ noble sacrifice.

Outside the town, the well and a boundary stone can still be seen, and the graves of the plague victims inside the churchyard and surrounding area are testaments to the sacrifices made by so many villagers.

Today, as COVID-19 sweeps the globe, people are worried and places of worship are wondering how to cope. Nobody is now expected to make the same huge sacrifice as the villagers of Eyam, but their act of selflessness can still be an encouragement of great love for people.

John Longhurst is the religion reporter and columnist at the Winnipeg Free Press.

Related stories:
The church has left the building
Beautiful and terrible connections
Being the church in risky times
Fear not
An open letter to the younger generation during this time of COVID-19 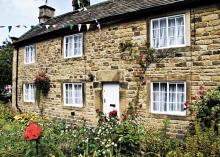 The Rose Cottage, located in the historic ‘plague village’ of Eyam, England, where 250 of the village’s 350 residents died of the Black Plague between 1665 and 1666. (Photo by Michael Beckwith / bit.ly/cclicence2-0)