God as our inheritance 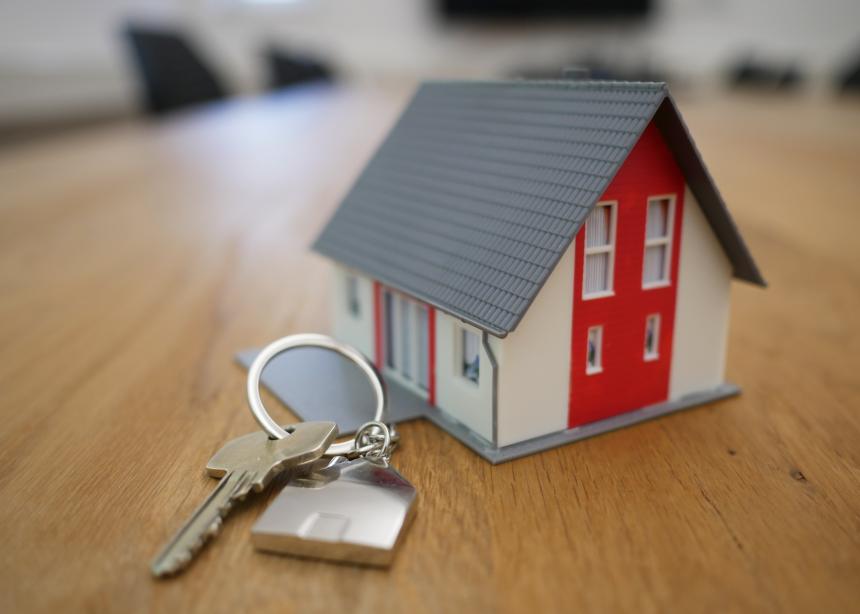 'Now I find myself a homeowner and still tempted, as I walk past the beautiful houses, to covet what I don’t have...' (Photo by Tierra Mallorca/Unsplash)

In late August, my wife and I became first-time homeowners. There had been many times we wondered if we would ever be able to afford a house, ever save up enough for a down payment, or if we even wanted to do the traditional homeownership thing. But, after 16 years of marriage, we bought a house. And just the other day, as I was walking a trail, I was reminded of a reflection I wrote while walking the same path a couple years earlier:

“One of my favourite parts of my support work is walking on trails, in town, all over. Conversation is limited with those I support, so we often enjoy walking quietly and appreciating nature or checking out the houses as we walk about.

“Just yesterday we were walking a trail that cuts through a subdivision full of large beautiful homes. I became aware again, but with a more keen sense, of just how much I struggle with coveting. Although I know stuff and status are largely unimportant in life, and in God’s eyes, I still struggle with the fact that I am 34 years old, have two growing-up-way-too-fast kids, and don’t own a home. Not only do we not own a house, we currently can’t even afford a traditional renting arrangement and, instead, are living with my in-laws.

“Please don’t be mistaken, this isn’t a pity party. I’m not looking for encouragement or alternative ways to look at my life, because I already know them. I know owning a home isn’t for everyone, and it doesn’t mean anything in the end.

“I know that we’ve intentionally moved into this situation so Rebecca can pursue her dream of teachers college. I know we are doing our best to live lives that follow where we feel God is leading us, but sometimes I get caught up in the pretty things that other people have. Sometimes I feel like I’m doing everything backwards. Sometimes I love that I’m doing it backwards, but other times I covet everyone else’s path and stuff.

“And today I read from Numbers 18 a little piece that was written to the Levites, the people God chose to serve as priests in the temple. They were a tribe that was chosen to be ministers without receiving any land, as the other tribes were promised. Land is a huge deal in the Bible, so it’s significant that the Levites weren’t given any land. I wonder if they, too, had times when they coveted the land and life of others compared to their backwards life.

“But God had a word for them: “You shall, however, have no territorial share among them or own any portion in their midst; I am your portion and your share among the Israelites” (Numbers 18:20, JPS Tanakh translation).

“The Levites had no portion, no land, no inheritance. God was their inheritance. I don’t want to parallel myself to the Levites too closely, but this verse was an encouragement to me, that it’s not always about land or houses. Maybe if we all saw God as our home, we would stop comparing, stop pursuing, stop coveting, stop building up storehouses of stuff, and start investing in a different inheritance, one with a completely different kind of value.”

Since writing that, so much has changed, yet so much remains the same. Now I find myself a homeowner and still tempted, as I walk past the beautiful houses, to covet what I don’t have. Perhaps it is more important than ever that I recognize my home is in God.

Read more Tales from the Unending Story columns:
Praying for the prophets
A spiritual disruption
A living metaphor
An intentionally inconsistent cat
‘You listened to my cry’ 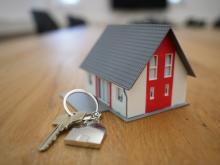 'Now I find myself a homeowner and still tempted, as I walk past the beautiful houses, to covet what I don’t have...' (Photo by Tierra Mallorca/Unsplash)