Giving in the digital age

Is passing the offering plate a thing of the past? 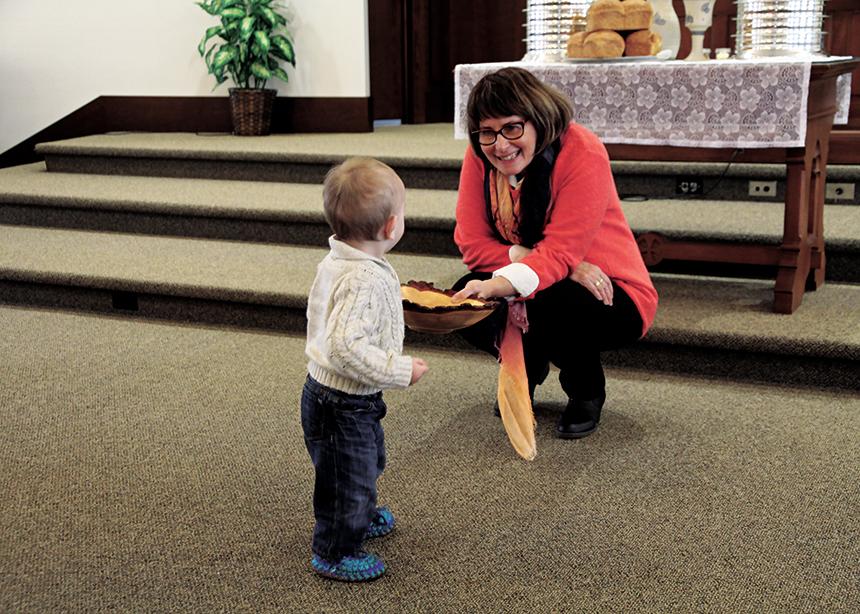 The 2017 Canada Helps Giving Report states that, “while the number of Canadians making charitable donations seems to be on the decline, online giving has increased 22.5 percent per year on the Canada Helps platform from 2005 to 2015.”

As online giving has increased, this has impacted individual church communities that still pass along an offering plate as part of their worship services. How do empty offering plates affect our visual witness as a people who are called to give generously in response to a generous God?

Brent Charette, Mennonite Church Eastern Canada’s operations and church engagement officer, says that at his church, Rockway Mennonite in Kitchener, Ont., the plate is “almost always empty due to the increase in automatic withdrawals, free of charge through the Kindred Credit Union.” So when you enter the foyer of Rockway Mennonite Church you will see a table with two small baskets of stones. Congregants are invited to take a stone and place it in the offering plate to symbolize that “I am a contributing member. I care about this place.”

Len Hjalmarson, transitional pastor of Crossroads Community Church in Chilliwack, B.C., who has been giving digitally for a decade, would like to see the end of the offering plate altogether. He estimates that a quarter of the total church giving at Crossroads shows up in the basket that is passed around at offering time, representing 10 people a week out of a congregation of up to 150 on a Sunday. “The majority of members are giving by automatic withdrawal and are mostly made up of members under 50 years of age,” he says.

Hjalmarson says that one of the main reasons he would like to see the end of the offering plate is to “remove any potential barriers to anyone who has come to worship, especially any visitors or seekers. In the spirit of hospitality, I would like to remove any notion that you have to pay to be here.”

At Chinatown Peace Church in downtown Vancouver, new believers are encouraged to set up regular giving online, even if it’s only for $10 a month, as part of being a faithful disciple. Its website has a PayPal button that Pastor Tim Kuepfer says had the lowest administration fees that he could find, at 1.5 percent. The church still passes around a bag at offering time, though, and leaders work hard to remember to say thank you from the pulpit to those who give online.

The Commons community church in Hamilton, Ont., receives 90 percent of its donations online. The church is made up of millennials, GenXers and some boomers. Details on how to set up monthly giving, whether digitally or through postdated cheques, are on the church website.

Matt Thompson, part of The Commons leadership team, says anyone under 25 years is cashless and cheque-less. “People like everything to be automatic. Car payments. Netflix. So why not giving?” Monthly payments ensure that the church is not forgotten over the summer, and some people who travel or move away appreciate the opportunity to still give. The group collects the other 10 percent of its total giving through a box available at each church service.

So, what’s the big deal?

Why not just embrace digital giving? What are people concerned about? It’s easy and it’s convenient, making it easier for churches to create a reliable budget. It increases overall revenue and encourages younger people to give.

Some people express concerns about the individual nature of giving online separate from community, the disconnect from worship, and the fear of losing a public example for children.

Ryan Dueck, pastor of Lethbridge Mennonite Church in Alberta, says, “I appreciate the convenience of online giving but I worry about disconnecting it from the shared experience of corporate worship. It feels like something is lost when the act of giving is functionally identical to buying a product on Amazon.”

At Edmonton First Mennonite Church, discussions happened around the administration fee that is charged for accepting donations online. Some churches that are with Canada Helps pay around 3 percent in fees. Is this good stewardship? Currently, First Mennonite accepts some e-transfers, since this method is free and convenient.

Kevin Davidson, gift planning consultant with Abundance Canada, strongly encourages people to set up regular giving plans. “So many people are struggling to manage debt, so planning is important if they want to be intentional about giving. Otherwise, there will be too much month at the end of the money.”

Although he encourages planned online giving, he also sees the value in physically putting money in the plate. One of his clients who arranged to have all her giving go through Abundance felt strange as the plate passed her by each Sunday. She knew the church was receiving a cheque, but she somehow felt like something was missing. She requested that her cheque for the church get sent to her home so she could physically put it in the plate during Sunday worship. Somehow the physical act made her feel she was part of the community.

Cedar Valley Mennonite Church in Mission, B.C., is a community of 150 to 170, and, according to David Wiebe, office administrator and communications manager, older congregants really do value the physical act of giving in the service, both as an act of worship and a re-commitment to the community.

A debit machine is also available in the library for those who would like to give digitally before and after the service. The church does not pass a plate, but a bag, so no one can see how much physical money is being given, and gratitude is freely expressed from the pulpit. The bag also gives children a chance to participate. Wiebe remembers his mother giving him a quarter every Sunday to put in the offering plate, which was meaningful.

It is good to think about digital giving and how it impacts the living out of our faith. Fundraising consultant Lori Guenther Reesor of Hamilton Mennonite Church says, “Silence around the issue of money doesn’t help. Jesus talks about money, and so we can too.”

She is a strong supporter of authorized giving and provides three reasons why on her website:

She also wants to make sure the next generation knows that it is an important part of the future of the church. “Limiting giving to cash and cheques sends a message that giving is only for older people,” she says.

MC Canada is releasing its new website hub in 2020 that will include an opportunity for every congregation to have a giving button on a new church website. This button will not just be available for donations but will make it possible for visitors to sign up and pay for events, and for congregations to fundraise for special projects and track donations.

St. Jacobs Mennonite Church in Ontario has seen an increase in its pre-authorized giving, which has resulted in empty plates. The church tried creating cards that could be put in the offering that said, “I gave digitally,” but it didn’t really work. Pastor Kevin Derksen wonders if it would have been more effective if the church had room to place the cards directly in the pews.

One Sunday nine years ago, Derksen was visiting Breslau (Ont.) Mennonite Church and he loved the way it did its offering, so he implemented it at St. Jacobs. Every Sunday, the church has two offerings at the same time. While the adults’ offering plate goes front to back, the children run back to front to put their offering in a special hand-carved bowl just for them.

According to Derksen, “Suddenly offering was more exciting. All the kids run to the front with their offering, re-enacting the celebratory nature of giving.”

With the rise in one-click digital giving, some feel they have no choice but to go along with the culture, especially when they want to be welcoming to young people who don’t generally carry chequebooks or cash, while others wonder if it is healthy. Is passing the offering plate a thing of the past?

When discussing discipleship, worship and digital giving, it is impor-
tant to keep asking questions:

1.Do you give to your church or other charities through electronic methods? Why or why not? How is your giving tied to your worship in your congregation? As a disciple of Jesus, where do you get inspiration to be generous?

2. How does your congregation make it easy for people to give, whether in the worship service or in other practical ways? What practices in your church might inhibit giving? How are children and youth in your church acquiring a habit of giving?

3. How do you respond to Lori Guenther Reesor’s statement: “Silence around money doesn’t help. Jesus talks about money and so we can too”? Do people in your congregation experience unease around money conversations? If so, how might that be lessened? What attitudes and practices might make that conversation possible?

4. Consider the unique financial challenges faced by both the younger and the older generations. What might the generations teach each other about their relationship to money, generosity and giving?

5. What message does your church give to congregants who consider themselves poor? Can you identify with the assumption that the wealthier members will be responsible for the congregational budget? What problems might this create?

—By Virginia A. Hostetler

Related stories:
The zucchini principle
Money and the Menno millennials
Mixing friendships with fundraising
Why your church needs to talk about money 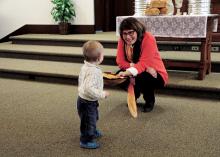 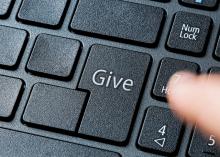