The geek shall inherit the earth 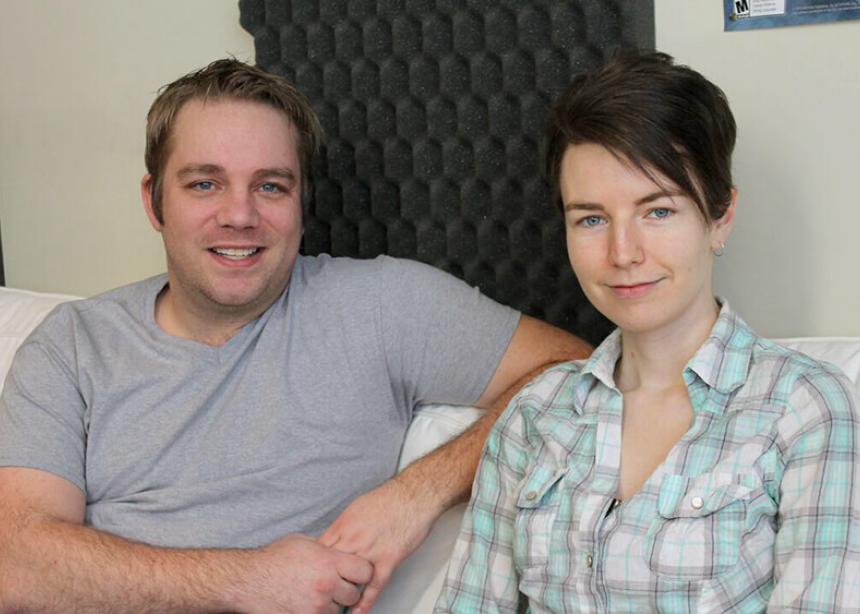 Kyle Rudge can relate. As he was growing up, his interests in science fiction, comic books and particularly video games made him feel like an outsider at church.

“In society in general, but also in the church, video gaming is considered at best entertainment and at worst the origin of all things violent,” says Rudge, 34.

Today, the two Winnipeggers are working together to carve out a space for people to explore the ways the pop culture they love connects to their faith. The pair are the founders of Geekdom House, a ministry they launched last February in an effort to love and serve the nerd and geek community.

“The nerd and geek community is often considered by society to be misfits and outcasts, those living on the fringes of society, and often a childhood stage to be left behind at adulthood,” the ministry’s website states. “In reality, geeks are the connoisseurs and fanatics of science fiction, fantasy, comics, anime, board games, video games, computers, and all the art and creativity that comes along with these things.

“They are often the forward thinkers of our society, undeterred by what is perceived as impossible with full belief that it can be, it should be and will be possible one day. We seek to be a holy sanctuary for these troubadours of society.”

There are a number of facets to Geekdom House, which is a Christian missions project under Equip Canada. One of these is GeekdomHouse.com, which features a variety of articles that explore themes of faith, social justice and morality in geek culture.

Barron’s work with Geekdom House includes serving as the editor of Area of Effect, a quarterly print magazine with articles pulled from the website, as well as additional content. Rudge leads monthly Bible studies at Sam’s Place, a used bookstore and cafe operated by Mennonite Central Committee Manitoba.

The Bible studies have explored faith by looking at television shows like Dr. Who, Firefly and Buffy the Vampire Slayer. Last month’s event was a discussion about Star Wars.

The Bible studies have drawn capacity crowds, and Rudge says more than 85 different people have attended the events.

GeekdomHouse.com is also having a wide-ranging impact. In less than a year, 37 different writers have contributed more than 200 articles, which have been viewed almost 45,000 times. More than 60 different visual artists have also contributed work.

Geekdom House aims to serve nerds and geeks who identify as Christian believers as well as nerds and geeks who do not have a faith-filled community and may be distant from God because of past judgment, alienation and misunderstanding. The ministry aims to bridge these two groups so that they can discuss mutual passions and share in all aspects of life together.

Both Rudge and Barron are alumni of Canadian Mennonite University in Winnipeg. Tenets of the Mennonite faith such as pacifism, service and living out one’s faith are important to them. One of the most popular articles on GeekdomHouse.com is by a writer reconciling his Mennonite faith with his love for Lord of the Rings, which is at times quite violent.

While Rudge and Barron have Anabaptist roots, Geekdom House is decidedly ecumenical. In addition to Mennonites, the ministry has reached Baptists, Presbyterians and more.

“We welcome views of all types,” Rudge says. “We come to the table to communally learn more about God and find him in the geeky things we love.”

Rudge and Barron have a number of things in the works for 2016, including a podcast, a devotional and a choir group. Geekdom House is also the subject of a forthcoming documentary by Winnipeg filmmaker Andrew Wall, who wrote and directed 2014’s Burning Ember: The Steve Bell Journey.

Rudge says he and Barron want to call attention to the holy parts in nerd and geek culture.

“We don’t believe we have God and we’re bringing him to the geek community,” Rudge says. “We believe God is already there and we get to discover him.”

See also “They put a spell on you.” 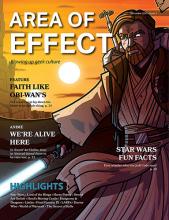