They put a spell on you 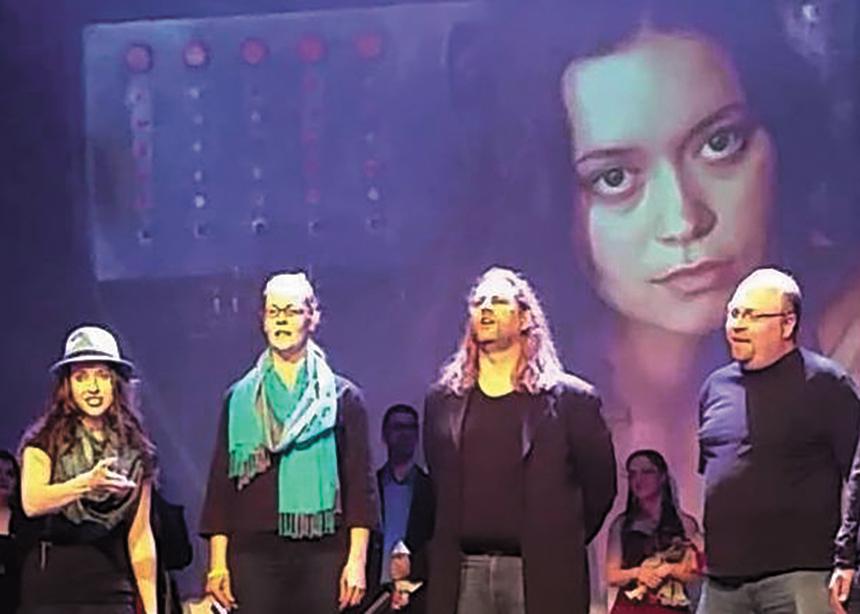 The choir is an offshoot of Geekdom House, a program founded by two Canadian Mennonite University (CMU) alumni that aims to love and serve the geek community—people who are “connoisseurs and fanatics of science fiction, fantasy, comics, anime, board games, video games, computers, and the art and creativity that come along with those things.”

“There aren't a lot of . . . geek choirs out there, and we wanted to offer unique events for people in Winnipeg who love sci-fi, fantasy and video games to attend,” says Allison Alexander, who co-founded Geekdom House and Incantatem. “We also wanted to create a place for geeks who love to sing and want to learn to be better vocalists.”

Formed in January 2016, the 12-member choir meets for rehearsal every Monday evening at River East Church (formerly River East Mennonite Brethren Church). The choir takes its name from Priori Incantatem, a spell in the Harry Potter series that reveals the last spell cast by a wizard’s wand.

“We wanted a name that had roots in magic and fantasy,” Alexander says. “ ‘Incantatem’ is probably derived from the Latin incantatio, meaning ‘spell or enchantment,’ and cantus, meaning ‘singing or chanting,’ so we thought it was appropriate.”

The choir’s most recent concert, entitled “Beyond Platform 9 3/4,” featured music from the Harry Potter film series. A previous concert focused on music from The Lord of the Rings, and past performances have included songs from Doctor Who and Ghostbusters.

Sara Jane Schmidt, a piano teacher and choral conductor with more than 40 years of experience, serves as the choir’s musical director.

Schmidt also attends River East Church and began leading Incantatem in October 2017 after responding to an announcement in the church’s bulletin. “I’m not a geek, I don’t know anything about geekdom and I’m not familiar with much of the music, but send me your playlist,” she remembers telling Incantatem co-founder Michael Penner during their first conversation.

She was pleasantly surprised by what she heard. “I really, really liked the music and the arrangements they were doing,” she says. Not all of the choir’s members are trained musicians, she notes, but they can read music and figure things out. “They work hard, and we’re having a lot of fun.”

Incantatem's relatively laid-back approach is one of the things that attracted Carissa Boschmann to the group. “I hadn’t been in a choir since [studying at] CMU and was looking to join one, but one that wasn’t really formal,” she says. She joined Incantatem in October 2016. “This one was nerdy, and I’m very nerdy, and that just seemed way more fun than singing an excessive amount of Bach.”

In addition to having a lot of fun singing with the group, she says she appreciates the choir’s caring atmosphere. Each rehearsal starts with a short devotional and prayer, and choir members often confide in one another. “Whenever something’s going on in someone’s life, we’re there to be supportive and give hugs and whatever the person needs,” she says.

Alexander agrees. “One of the best things about the group is the community and friendships that have developed between the singers,” she says. “We just like to have fun together, and I think that joy spreads to the audience during our concerts.”

Some of the choir members have found themselves on the margins of the social circles they have been a part of in the past, but Incantatem is a place where they can belong. “This is a circle that is inclusive and makes people feel included,” Schmidt says. “Even a non-geek like me.”

“When I joined Incantatem, I said that this is going to be the best geek choir in Winnipeg,” she says. “Maybe it already is, [but] I like challenges, I like learning and improving, and I like helping others do the same. We’re in this together and we’re going to keep moving.”

The choir is planning its next performance for November, and Schmidt and the singers are looking forward to it.

Incantatem is always looking for new members. Singers don’t need to be Christians or self-professed geeks to get involved. They just need to love singing and be able to read music at a basic level. Anyone interested can email incantatemsingers@gmail.com for details.

For more on Geekdom House, see “The geek shall inherit the earth.” 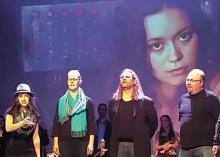 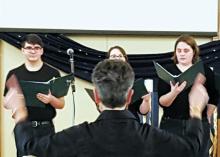