Pastor explores the meaning of communion through photo book 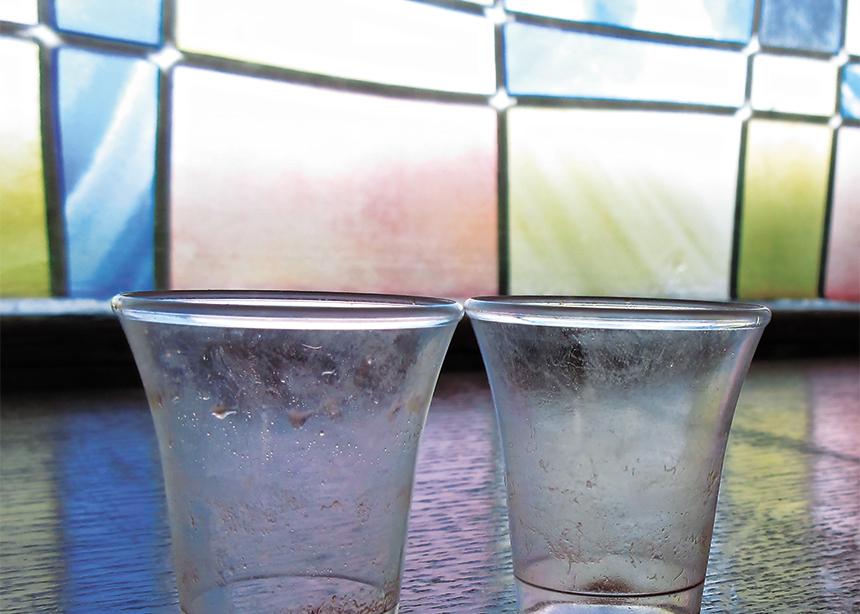 What does one do with a cracker box full of used communion cups? This was the dilemma facing Lois Siemens as she drove from Saskatoon to Winnipeg in July 2016.

Siemens had just attended the Mennonite Church Canada assembly in Saskatoon. She recalls how, in the small group she was part of, a pastor had announced that, if delegates voted in favour of a certain resolution, he would get his congregation to leave the conference.

During closing worship, Siemens noticed this pastor go forward to receive communion. She wondered whether he would encourage his congregation to leave the conference or not.

After the service, a woman approached her and said, “I understand you’re taking care of the used communion cups.” Siemens was surprised. Although she told the woman she hadn’t been asked to do this job, the woman seemed upset.

“She probably mistook me for somebody else,” says Siemens, “but she was clearly overworked or overwhelmed, and needed help.” Siemens had seen ushers picking up stacks of communion cups right after the service, but there were still a lot of individual cups on the floor, and cleaners were already vacuuming.

She picked up about a hundred communion cups and put them in an empty cracker box she found lying around. Then she put them in the back seat of her car and headed for Winnipeg.

Along the way she thought about what to do with the cups. She remembered the teachings of her seminary professors, Rebecca Slough and Marlene Kropf, on what to do with communion elements after the service. “You don’t just throw them in the garbage,” she says. “You handle them as holy. They’ve been blessed.” She thought about washing them and then throwing them out. She also considered recycling them.

“All of a sudden it came to me to connect communion to the local church,” says Siemens. She decided to photograph the cups in churches across MC Canada.

The first church she stopped at, once she got to Winnipeg, was Springfield Heights Mennonite. “The pastor there was so warm and welcoming and open to having the communion cups photographed there that it solidified my idea to keep going,” Siemens says.

She visited 17 churches across Canada, enlisting Alissa Bender’s help to photograph the cups in two Ontario churches. She even took a few cups on a trip to Ukraine and photographed them in a former Mennonite church there.

Siemens says she sought to connect the communion with something unique to each congregation. She wanted someone from that congregation to be able to look at the image and say, “Oh, that’s my church.”

Over the course of the project she was struck by the things Mennonite congregations have in common.

“We all have a place to sit, a pulpit to preach from and some kind of musical instrument,” she says. Almost every church had an open Bible, prominently displayed. And there was room for children in every church.

“It reminded me that we’re not so different,” she says. “We use those elements in different ways, but the foundation of our worship is all the same. It just helped me to feel strongly connected with every church across Canada.”

In 2020, Siemens published her images in a full-colour photo book entitled The Communion Photo Project.

Siemens hopes those who look at her book will also discover connections with other churches. “I’m hoping people see that there are a lot of similarities and a lot of places we can connect.”

The Communion Photo Project is available through CommonWord.ca. Do you have a story idea about Mennonites in Saskatchewan? Send it to Donna Schulz at sk@canadianmennonite.org. 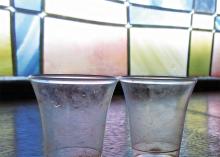 The first stop Lois Siemens made in her communion photo project was at Springfield Heights Mennonite in Winnipeg. Here the cups are photographed on a ledge overlooking the sanctuary. (Photo by Lois Siemens) 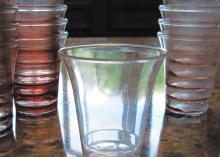 While photographing in Altona (Man.) Mennonite Church, Lois Siemens met a woman who told her she had kept her communion cup from the Mennonite World Conference (MWC) assembly that was held in Winnipeg in 1990. This image shows the woman’s MWC cup framed by the MC Canada cups. (Photo by Lois Siemens) 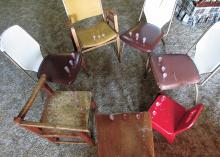 Communion cups photographed in the pews at Eden Mennonite in Chilliwack, B.C. (Photo by Lois Siemens) 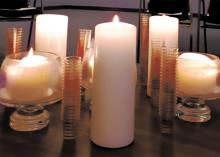