Finding the balance between grace and responsibility 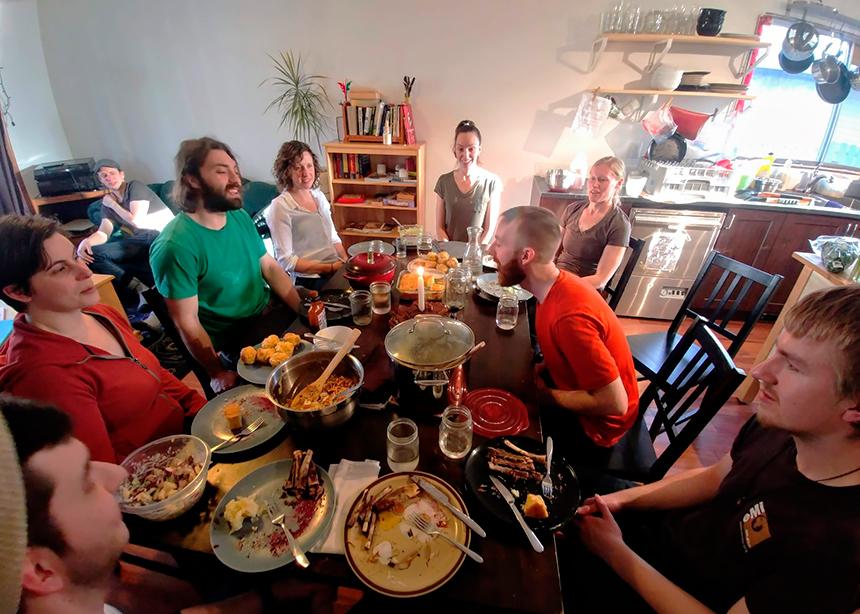 It’s been eight months since Thomas and Terri Lynn Friesen opened their Saskatoon home as The Vine and Table intentional community. For Terri Lynn, those eight months have been “an interesting season . . . of challenge and great joy.”

The Friesens thought their house would be a great home for students, but, because they directed their outreach mainly toward their peers, all four of the couple’s new housemates are working at jobs or careers.

Thomas, who works as a spiritual director, and Terri Lynn, who is on maternity leave from her job as pastor of faith and community at Osler Mennonite Church, live in a self-contained apartment on the second floor of their century-old home. Another married couple occupies the main-floor bedroom and two single housemates have rooms on the third floor.

“The table is at the centre of things because eating is central to what we do,” says Terri Lynn. “We eat together five nights a week.” Housemates share cooking responsibilities, with each one taking a weekly turn at meal preparation.

Food has the potential to be a source of conflict. “We have very different experiences of food ethics,” Terri Lynn says. “Some have spent a lot of time thinking about food, others just really love bananas.”

In an effort to ethically source as much of their food as possible, The Vine and Table has a large backyard garden that supplies vegetables for their table in summer and fall. They purchase root vegetables in bulk at the nearby farmers market, and they buy meat from a local farmer.

Household chores can also potentially be a source of conflict. One person may spend an hour-and-a-half cleaning the bathroom, while another does the job in 10 minutes. To ensure the house is cleaned to a certain standard, the Friesens introduced chore cards detailing what needs to be cleaned in each area of the house.

Members are expected to have weekly chores done by Thursday’s household meeting. “We’re always trying to find a balance between grace and responsibility in terms of doing chores and getting them done on time,” says Terri Lynn.

One experiment they have tried has been an “airing of mandatory grievances,” says Terri Lynn. She describes it as “a safe place to mention pet peeves.” These would likely include “the things we let go of in order to live graciously,” she says. Being able to talk about them hopefully prevents minor irritations from developing into full-blown conflicts.

The Thursday meeting, or community night, gives housemates an opportunity to check in with one another, to plan cooking and cleaning schedules for the coming week, to talk about what needs fixing in the house, and to update one another about guests who may be joining them for meals or overnight. It’s also a time to pray together. “We pray for each other and for the world,” says Terri Lynn.

Everyone in their household has lived in community before. “It’s not an expectation, but it helps,” she says, adding, “The experience of [having lived in] previous community house situations is really valuable in terms of knowing how to live vulnerably and deeply in community with people.”

For Terri Lynn, being pregnant has added to the challenges of their first year at The Vine and Table. The couple’s first child is due this month. Although she felt unwell for much of her first trimester, she says that she appreciated “just receiving grace from housemates. . . Their excitement carried me through when I wasn’t very excited.”

One of the things she feared about becoming a parent was being isolated. “That will not be a reality with welcoming this little person into the world,” she says. Although becoming a mother is making her think about her identity, she says, “Any time our identity is challenged is an opportunity to return to our identity in Christ.”

Terri Lynn says she is grateful for the experience of the past eight months. She looks forward to growing the community in the future, both as more housemates are added to The Vine and Table, and as housemates move away and they maintain relationships with those who used to live with them. “It’s a real gift to be able to share life in this way,” she says. 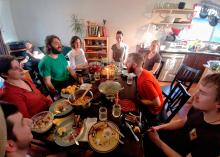