The Vine and Table will be a place to ‘to live, learn and grow in Jesus-centred community’ 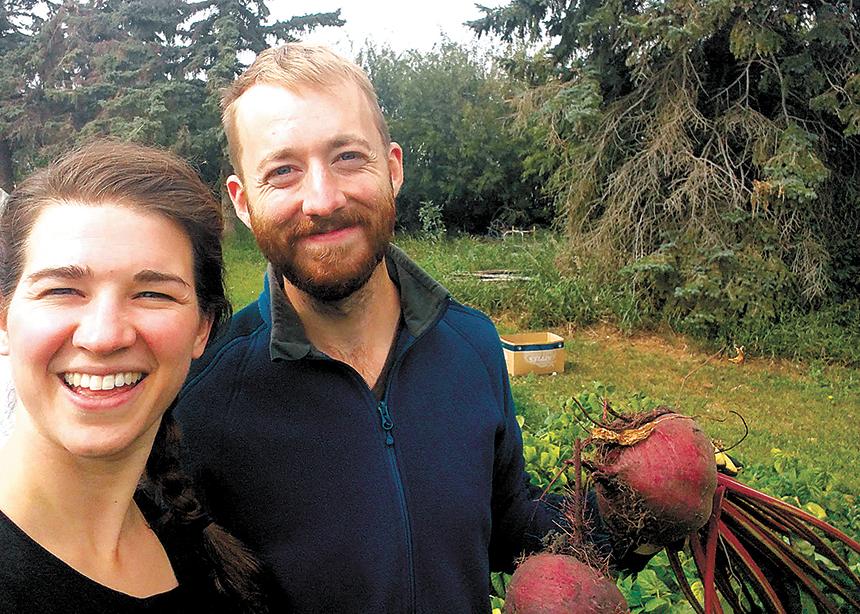 Terri Lynn and Thomas Friesen are the founders of the Vine and Table intentional community. (Photo courtesy of Terri Lynn Friesen)

When Thomas and Terri Lynn Friesen met, Terri Lynn was a guest at the Burrow, an intentional community Thomas was living in with eight other young adults.

This coming September, a few weeks before the couple’s second wedding anniversary, they will embark on a new adventure together: opening their Saskatoon home to form an intentional community called the Vine and Table.

The couple describes it as “a place for students and young adults to live, learn and grow in a Jesus-centred community.”

As September draws nearer, and an idea that they had last fall comes closer to becoming a reality, the Friesens—who will live onsite as coordinators for the house, facilitating and participating in the life of the community—are excited.

“It’s kind of a step in faith,” says Terri Lynn, 33, who works half-time as the pastor of faith and community at Osler Mennonite Church.

“It’s exciting and also a little bit trepidatious to try to be bold with our prayers, and bold with the ways in which we step out into this,” adds Thomas, 28, who works as a spiritual director. “I guess for myself, [I’m] just learning what it is to trust God with these hopes and these longings I have for the house.”

The Friesens’ vision is for up to eight young adults to join them in the house, which has three floors and a developed basement.

More than just paying rent for a place to sleep, residents will share household life together. The Friesens see the Vine and Table as a place where community members will be supported in their academic and vocational goals, share healthy meals, give and receive hospitality, receive companionship on their spiritual journeys, and seek to be good neighbours within the home and beyond.

They chose the name because the vine represents growth and the table represents sharing life together.

The Friesens purchased their big blue house, located in Saskatoon’s historic Riversdale neighbourhood, in March 2017. They have been renovating the home, which was built in 1912, since then. It’s located within walking distance of downtown, half a block from a bus route that runs to the University of Saskatchewan, and within walking distance of a trail system along the South Saskatchewan River.

When they bought the house, the Friesens began thinking about how they might use the space beyond simply making it a personal residence. The idea for the Vine and Table took root last Thanksgiving, when they heard about Emmaus House, an intentional community for university students in Winnipeg.

“It was an exciting moment to hear about other people who were doing something we could imagine doing in a similar way,” Terri Lynn says.

She and Thomas have had positive experiences living in community in the past.

Terri Lynn studied agriculture, and has lived and worked on farms in Cuba and Ethiopia, as well as Ontario, Florida and Texas. Thomas first experienced living in community as a resident at the Life Together House in Calgary, and joined the Burrow a few years later.

The couple drove to Winnipeg last November, when they met with Emmaus House founders and coordinators Rod and Susan Reynar to talk about the possibilities.

“It was a really encouraging weekend of getting to know them,” Thomas says.

The Reynars, who were inspired by their Anabaptist-Mennonite faith to open Emmaus House in September 2014, felt the same way. “It was exciting because it felt like there was another sister community with whom we share a similar DNA,” Susan says.

“It’s satisfying to know people are considering similar ventures in other places,” Rod adds. “They’re just a wonderful, wonderful couple, and really bring rich backgrounds into what they’re doing. I can see it working very well for them as a couple, and the community of people with whom they’ll live, I think, will have a rich experience also.”

For Thomas, living in community has allowed him to see the image of God in other people, and respond to God’s call to love them. He hopes people who live as part of the Vine and Table can do the same.

Young adulthood is a rich time during which people are making sense of their studies, their work and their faith, Terri Lynn adds. “We don’t expect [the Vine and Table] to replace a church community for folks,” she says. “In some ways, it’s a place you can digest maybe all that you are learning from your faith community, and have a groundedness in for the rest of your week.”

One of the benefits of living in community, Terri Lynn adds, is that everyone brings different gifts and abilities to the group. “When we come together as a community, dedicated to each other at least for a season, we can do more than we can on our own,” she says. “It’s exponential.”

The Friesens are accepting applications for the 2018-19 season (which starts Sept. 1, 2018) until July 2 or until the house is full. For more information, visit vineandtable.ca. 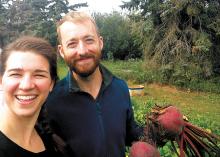 Terri Lynn and Thomas Friesen are the founders of the Vine and Table intentional community. (Photo courtesy of Terri Lynn Friesen) 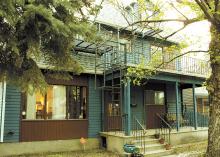 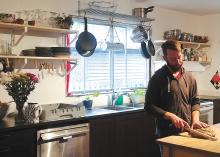 Eating delicious, healthy food is central to life at the Vine and Table. (Photo courtesy of Terri Lynn Friesen) 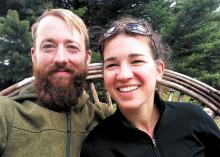