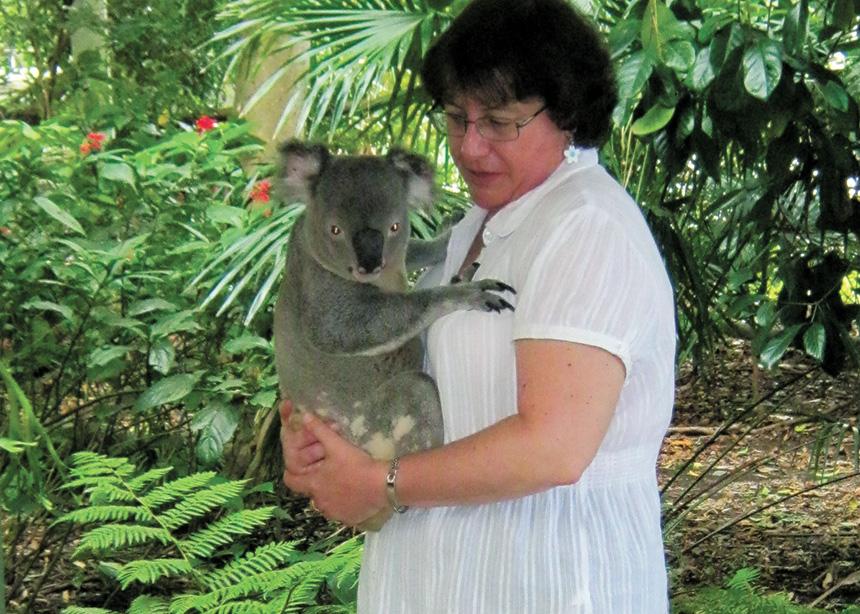 I love to bake and cook. Some years ago, while I was studying at Redeemer University College in Hamilton, Ont., money and time were in short supply, but there was a free television channel called WNED Buffalo/Toronto.

When WNED announced it was putting together a potluck cookbook as a fundraiser, I submitted my Wacky cake recipe. This is my favourite cake recipe. It has no dairy or eggs, which is important since I am lactose intolerant. The recipe comes from the time of the Great Depression, when eggs and milk were hard to come by.

Shortly after submitting the recipe, I received a call asking if I would be a “guest chef” on a cooking show. I was thrilled! Some of my friends wondered why I would drive to Buffalo, N.Y., but I considered it a great adventure.

Participating in the cooking show was a blast. I was required to bring one completely finished cake, one that just needed to be iced and the ingredients to make the cake during the show.

Getting through customs at the border was interesting. I had a letter from the television producer inviting me to be a guest on the show and providing details of what to bring, what to wear and when to arrive. Among the items with me were baking soda and vinegar, which made the American border guard suspicious. He was concerned that I was planning to work in the U.S. I explained that WNED is a public television station, so guests had to bring their own ingredients. He asked a lot of questions, but eventually I was able to proceed.

When I watched the show later, I had to chuckle when I heard myself laugh. Many people have said they would like to bottle my laugh so they could sell it. I am not always quiet! My cake was enjoyed “live,” and it went over well. My church friends teased me about my new “celebrity” status!

One of the guests who attended my graduation from Redeemer was my father’s Australian cousin, Sally. In turn, I desperately wanted to visit her and her family in Australia. After a lot of praying, planning and saving of shekels, I was able to realize that dream.

During my visit I had the opportunity to share my favourite cake. Sally is a good but plain cook. When we went to visit her son and his family, I offered to make the “pudding” for “tea”—we would say make the “dessert” for “supper.” Sally’s best friend is a great cook and did not believe that I could have baked the cake without a written recipe. Sally’s son was sceptical that something so tasty came out of his mom’s kitchen! We had a great laugh about that.

Wacky cake is always a favourite; it is good to bake it for family and friends.

Get the recipe for Wacky cake here. Susan J. Creer attends Hamilton Mennonite Church. She is a community advocate with a focus on disability, poverty and accessibility issues. 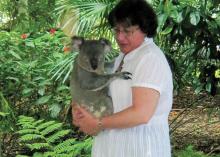