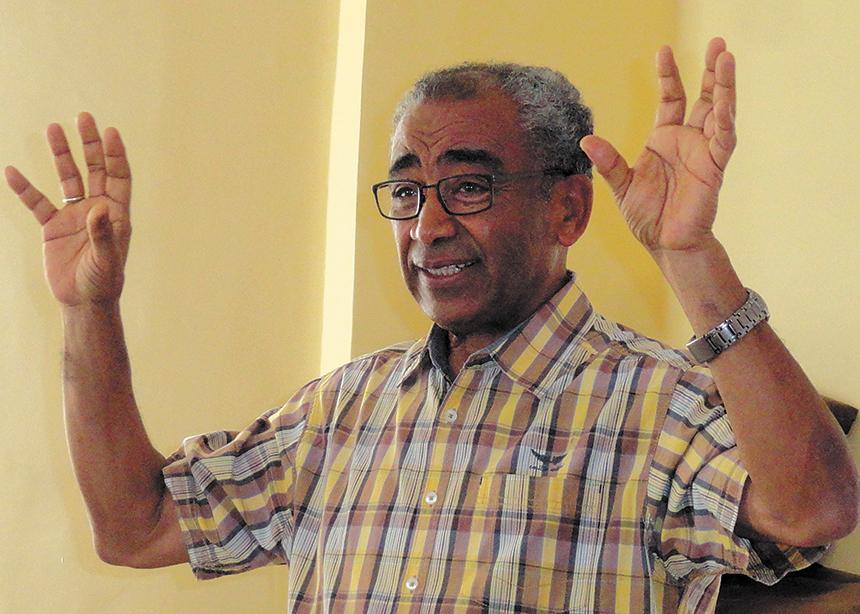 It was more than 20 years ago when two Mennonites from Germany travelled to Ethiopia to explore the possibility of doing mission work with the Mennonite church there. After two weeks of searching for Mennonites in Addis Ababa, they finally located the Mennonite Central Committee (MCC) office and received directions to a Meserete Kristos Church congregation, where they could attend a Sunday morning service.

Imagine their surprise when the service turned out to look and sound more like a Pentecostal service than what they were used to. There was loud music and singing, clapping and dancing. There was loud enthusiastic preaching accompanied by loud “amens” and emotional ululating responses. At times, everybody prayed at once, with some shouting to drive out demons.

“This couldn’t be a Mennonite church!” they said to themselves.

The two men from Germany represented the Aussiedler Mennonites—immigrants who moved to Germany from the former Soviet Union beginning in the 1970s. Their church services are very orderly, and congregations tend to be quite conservative. The men were Heinrich Savadsky, an Aussiedler Mennonite, and Shimeles Retta, a former Ethiopian refugee who had married a German wife. The Rettas had been Catholics, but after a new experience with Christ, they joined the Aussiedler in Germany.

After the lively church service in Ethiopia, Retta began taking photos, which made the Ethiopians nervous. Bedru Hussein, an elder in the church, approached them and, with a certain degree of suspicion, asked who they were, why they were taking pictures and what they wanted there. When they explained, Hussein invited them to meet in his office on Monday, as he was the general secretary of the national church.

At the office, Hussein described the Meserete Kristos Church, but Savadsky remained sceptical, still thinking they had the wrong church. But then a former cook, who had years of experience serving early Mennonite missionaries, came in, bringing the customary morning tea to the various offices. Along with the tea, he served his specialty, some pieces of rolled-up white pancakes. When Savadsky saw the thin pancakes, rolled up in the traditional Mennonite way, his eyes grew big and excitement lit his face. Now he knew he had found Mennonites!

Since that meeting, a long-lasting relationship has emerged between the German churches and Meserete Kristos Church in Ethiopia. Under the leadership of Retta and his wife, work teams from Germany have built dozens of churches, offices, Kindergartens and a discipleship training centre. Funding has enabled scholarships for church leaders, support for several hundred evangelists, and assistance for children and others in need.

Food and hospitality can play an important role in connecting people from different cultures, regardless of worship styles.

Carl Hansen served as director of development for Meserete Kristos College for many years. Now living in Virginia, he still stays in touch with and supports the college and church in Ethiopia. More information about Evangelium Mission Ethiopia can be found online at em-ethiopia.de.

To view the recipe, visit canadianmennonite.org/mennonite-pancakes.

For more on food, see:
Gifts of the table
An empty bowl
Peppernuts and anarsa
Foodgrains Bank brews climate storm on Twitter 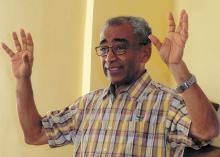