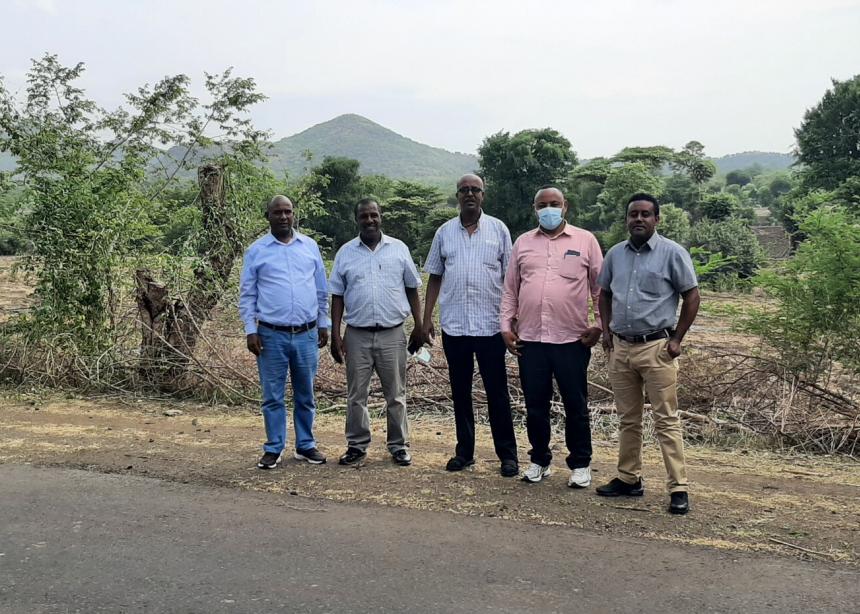 More than 400 Mennonite churches in Ethiopia have been affected by civil strife that started in November 2020. Though information is hard to verify and numbers will likely rise, about eight Mennonite churches have been burned and eight church members have died, including two full-time ministers.

This according to Pastor Desalegn Abebe, president of Meserete Kristos Church (MKC), the Anabaptist denomination in Ethiopia.

With more than 660,000 members spread over 1,135 local churches and 1,112 church-planting centres, MKC is the largest church that is part of Mennonite World Conference.

MKC congregations are spread throughout every state in the country of 115 million people and include people from the various ethnic groups within Ethiopia.

Speaking by video call from Addis Ababa, Abebe said that contact with churches in the conflict zones in the north and west of the country has been largely lost, although bits of information trickle out.

In addition to deaths and destruction of churches, confiscation of property, lack of food and medical supplies, and displacement of people and communities are major concerns.

According to a Dec. 17 United Nations statement, it is “likely that more than 400,000 people in Tigray were living in famine-like conditions.” The northern state of Tigray is where the conflict started. The violence has spread to the western Amhara and Afar regions. The UN says at least two million people have been displaced and “many of them are not receiving the assistance they need to stay alive.”

MKC has staff enacting a crisis-management strategy, which includes trying to determine the extent of the damage.

Last June, Abebe and other church leaders took advantage of a ceasefire to go to Tigray. He spoke about offering a time of trauma healing for 19 church leaders. The trip also provided opportunity for a unique baptism.

Now that is multiplied by 400 churches, plus many church-planting centres.

The latter generally consist of a full-time minister but not enough members to be classified by MKC as a church.

Abebe’s message to his people is simple: “Let us work for peace.” He said peace does not surface out of the blue; it requires work. The church must speak and act. “Silence is a sin of omission,” he said.

MKC has been “knocking on doors of government and religious leaders,” Abebe said. The church conducted a national peace dialogue with Christian leaders from different denominations.

MKC also embodies peaceful coexistence as its membership cuts across the various ethnic lines that play significantly into the current conflict. Part of the MKC crisis-management strategy is to ensure that the church is inclusive in terms of accommodating people from every walk of life, whatever their education or ethnicity.

Abebe noted that everyone is created the way they are by God and people cannot change the colour of their skin or ethnic background. “We are different in many ways," he said. "This is a beauty, God created it this way. . . .[We] should not fight about that which we cannot change.”

Of course, “this does not mean there are no problems,” Abebe said. MKC has “peace ambassadors” in many local churches. These people have training in conflict resolution, trauma healing and how to bring people from different backgrounds together.

When asked about his message for Mennonites in North America, Abebe said “It’s now time to stand firm with truth, to speak it out, even die for it.”

As with any conflict, competing narratives drive the strife. And, as Abebe stated, this plays out beyond the borders of Ethiopia. “I am hopeful that American politicians will come to their right mind and do the right thing instead of adding fuel on the burning fire,” he said.

In a call for international solidarity, Abebe stated: “We are Anabaptists who stand for truth. . . . Let us stand and speak together the same language; let the truth prevail. Let us say no to evil. We can’t stop all evil, but let us do our level best.”

He also requested spiritual support. “Pray for us,” he said, noting especially the people mourning loved ones and the uncertainty ahead. “What comes next, we do not really know,” he said.

Numerous North American Anabaptist groups, including Mennonite Church Canada, recently sent a letter of solidarity to MKC. “It’s our daily prayer and for peace and unity and prosperity to be restored for your country,” the letter reads.

“I am happy that we are not alone,” said Abebe, “that makes me feel good inside.”

There are seven Ethiopian churches within Mennonite Church Canada—six in Ontario and one in Alberta. Many of the people in these congregations are first-generation Canadians and their ties to Ethiopia are strong. The conflict is affecting them deeply.

—Corrected Feb. 19, 2022. This article originally stated (incorrectly) that Meserete Kristos Church "is the largest national Anabaptist body in the world, by far." The article has been updated.

The article references 'competing narratives' surrounding the conflict. I don't know much about the situation. Are there particular sources or articles that MKC folks might recommend for us to help get our bearings on the situation?

We the Indian Mennonites join you in this hour of crisis and pray for better conditions to prevail.

TOGETHER IN CHRIST,
Gandham Jai Paul

This from Wikipedia, "The Church of the Brethren in Nigeria (Hausa: Ekklesiyar Yan'uwa a Nigeria (EYN), literally "Church of Children of the Same Mother of Nigeria") is an Anabaptist Christian denomination from Nigeria with close to 1,000,000 members. It has hundreds of pastors and hundreds of parishes." If you consider the Church of the Brethren an Anabaptist group, EYN in Nigeria would rival the church in Ethiopia.

Thanks for your comment, David. What confuses me here is that when I checked the article that the Wikipedia entry footnoted after the 1,000,000 figure, it led me to the World Council of Churches website, which says that the Church of the Brethren in Nigeria has a membership of 160,000. In any case: If the 1,000,000 figure is correct, it certainly is much larger than Meserete Kristos Church. But MKC remains the largest Anabaptist church within Mennonite World Conference.