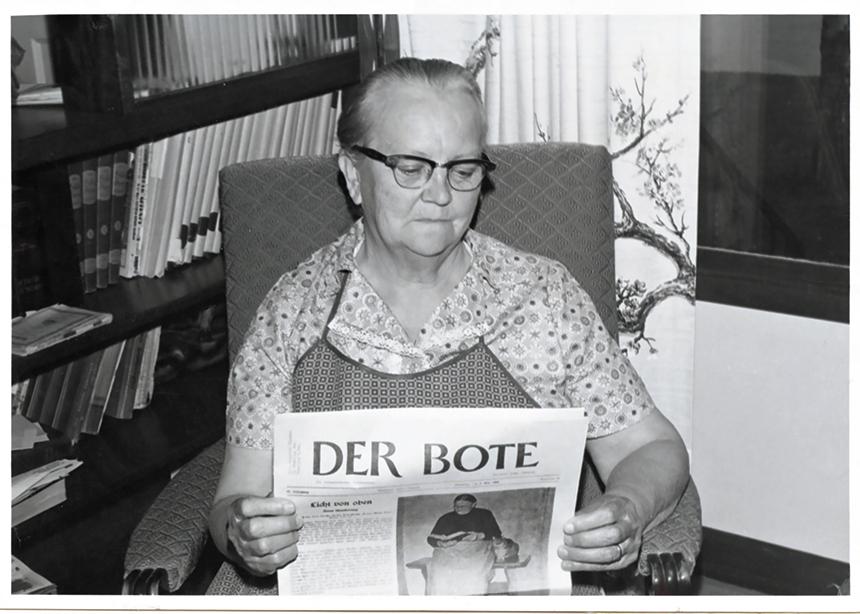 The German-language periodical Der Bote was begun in Rosthern, Sask., in 1924, to connect Mennonites in Russia, Canada, the United States and Latin America. It had generations of faithful readers, like Mrs. Lepp, pictured. Der Bote recorded the pain and loss of home and loved ones. It provided advice on how to improve farming practices in times of drought. It counselled men during the Second World War and, after the war, it helped reunite families. In the 1970s and ’80s, it again helped reunite families, as some were able to move out of the Soviet Union to Germany. The paper also carried devotionals, congregational reports, history lessons, letters to the editor, and sections for youth, to name a few. By 2006, readership was a respectable 2,350, but down from 9,000 in the ’70s. The paper closed in 2008. 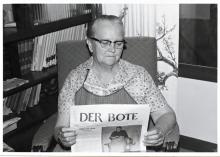