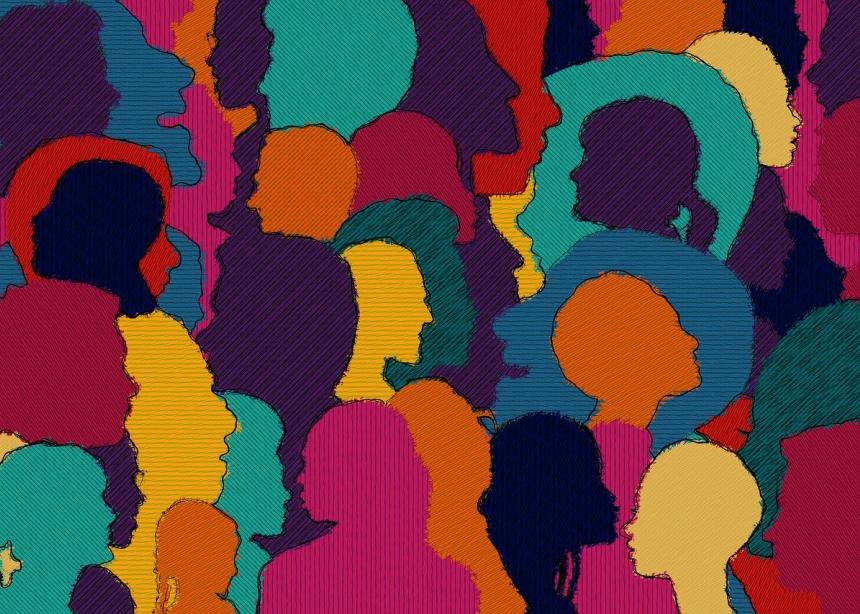 Many of us are taking crowds very seriously these days and avoiding them as much as possible. For the sake of public health, I cannot encourage this enough. But there’s a crowd we have been avoiding since long before the pandemic started.

That crowd is a constant reality throughout the gospel stories, following Jesus wherever he goes. Too often we overlook the presence of that crowd and, when we eventually do pay closer attention to it, we often look down on it with disdain.

Count me among those who, for a long time, thought Jesus was constantly trying to escape the crowd, or that the crowd was constantly getting in Jesus’ way. We read about the crowd as if they are like a swarm of mosquitos, selfishly trying to get at Jesus and take something from him. Then every Easter we cast our scorn on the crowd as they were so easily manipulated by the chief priests, demanding blood as they shouted, “Crucify him!”

These are the assumptions that so often drive our ignorance, avoidance and disdain for the crowd around Jesus. But if we take the crowd much more seriously, something else emerges.

What is the crowd? It is made up of the wounded, the desperate and the hungry. Within the crowd are the diseased and the outcast, sex workers and tax collectors, soldiers, widows and orphans, Jews and gentiles, and even the occasional rich young man.

They scream, “Jesus, help me!” and reach out to him in desperation as he passes by. Indeed, they are there to get something from Jesus. They want healing, hope, restoration and life. They want salvation. And they’ve come to the same place—the right place—around the body of Jesus.

The crowd is not in Jesus’ way. Jesus came precisely for the crowd. And if we take a step back, we can witness the unfolding of a sacred event whenever Jesus is in the midst of the crowd: the Creator and the creature are together again.

The gospels give the idea that there is a porous boundary between the crowd and the disciples. Both are dependent human creatures, but being in the crowd is not the same as being a disciple. Disciples often emerge from the crowd but, more often, the disciples are invited by Jesus into his work of ministering from within the crowd.

This means that discipleship is not only about “me and Jesus.” As a theology professor once said, “If you don’t feel drawn towards the crowd, you might need to rethink your time at the divinity school.”

Discipleship is precisely about not avoiding the crowd. As much as we stand alongside the crowd, with our own desperate longing as creatures longing for our Creator, discipleship also includes facing the crowd with Jesus, seeing the crowd through Jesus’ eyes and joining in that dangerous but life-giving work of loving.

Caleb Kowalko is the pastor of Calgary First Mennonite Church.

Read more From Our Leaders columns:
Refined, pared back, purified
Church needs to be like a choir
Growing with our global faith family
Insiders versus outsiders
Expert, doubt thyself