Citizens of a city on a hill 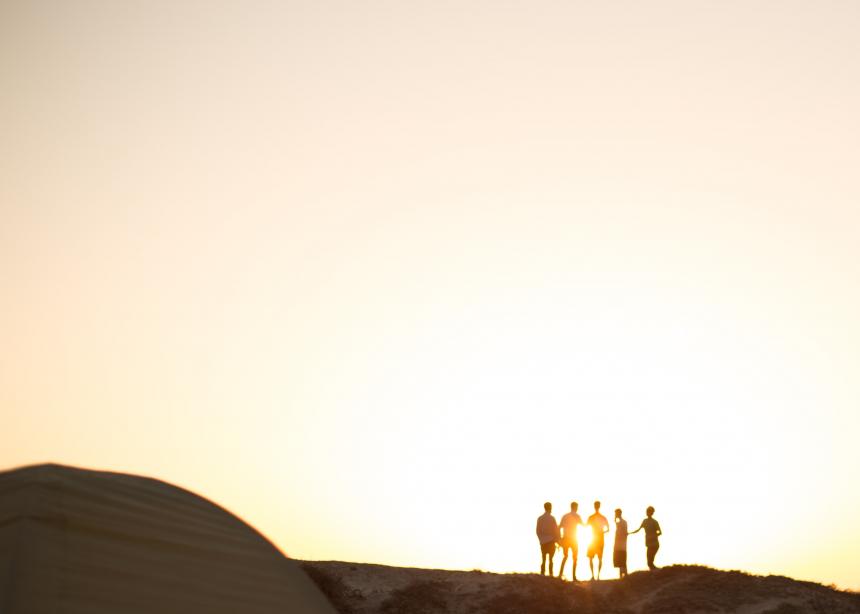 In the final days of January, a Christian acquaintance of mine started sharing social media posts supporting the “Freedom convoy” of truckers driving across Canada. The destination of this large moving protest was Ottawa, where the protesters planned to present their demands to federal leaders.

Initially billed as a protest against the vaccine mandate for cross-border truck drivers, the movement gained mileage with people from outside the trucking community joining in. Other grievances emerged: against public health measures, calls to replace the current government and even threats of violence against public officials and others. As the convoy arrived in Ottawa, emotions escalated. Reports showed protesters harassing local residents, endangering public safety and displaying symbols of hatred.

As I watched reports and saw the rhetoric and acts get more extreme, I wondered how much my acquaintance knew about the deeper motivations driving these protests. Was this—would this become—an event that a follower of Jesus could endorse?

Because of our history, all the way back to the founding of the Anabaptist movement, we Mennonites know something about standing up to civil authorities when we sense God calling for obedience to a higher authority. Sometimes those in charge do not have intentions for the highest good. At those times, the Bible instructs us to obey God rather than humans. And we tell stories of faith ancestors who did just that, sometimes at a great cost.

But for those who follow the Prince of Peace, it is clear that his call does not include words and acts of violence against any of God’s children. Disrespect and intimidation are not part of the Christian witness. Scripture does not instruct people to place personal freedom above the good of the community so that they endanger those who are most vulnerable.

As the Ottawa protests started to get uglier, the executive ministers of Mennonite Church Canada and its regional churches issued a statement in response. It reads in part, “we unequivocally denounce the symbols, words and actions of white nationalism being expressed in Ottawa and across the country at “Freedom Rallies.” While we support the right of people to gather peacefully in protest of government laws perceived to be unjust, we cannot support any action that promotes anti-Semitism, Islamophobia or racism. Jesus calls us to love our neighbours as ourselves as an expression of our love for God (Mark 12:29-31), across categories of race, ethnicity, religion and gender (Luke 10:25-37; Gal 3:28).”

Sometimes it is difficult for Christians to be “pure” in our engagement in the larger society; we live in a complex world. But we can—and should—ask questions of any efforts we choose to be involved in: Does this demonstrate Jesus’ way of love? How is this good news for all of God’s children, particularly for those who lack power?

Jesus described the witness of his followers as “a city built on a hill,” there for all to see (Matthew 5:14). In Matthew 10:16, he sends his disciples out, advising them to be “wise as serpents and innocent as doves.” For today’s disciples, that wisdom means considering the causes we align ourselves with: What are the assumptions behind those efforts and how might they cause harm? We can also seek wisdom by considering our consumption of media. What sources of information do we choose? What do we expect in the way of responsible communication? Are we able to listen to diverging views, or do we pay attention only to those with whom we agree?

These are conversations we need to have with our siblings in the faith. The church community can help discern which of our actions pass the “love test,” and when our involvements might contribute instead to injustice and violence. Together we can imagine ways to stir up compassion instead of anger, as “ambassadors of Christ’s reconciliation” (Article 23 in Confession of Faith in a Mennonite Perspective).

Article 23 is titled, “The Church’s Relation to Government and Society” and says in part: “We witness to the nations by being that ‘city on a hill’ which demonstrates the way of Christ. We also witness by being ambassadors for Christ, calling the nations (and all persons and institutions) to move toward justice, peace, and compassion for all people. In so doing, we seek the welfare of the city to which God has sent us.”

How do those ideals guide us today?

Read more editorials:
Thanks to you
Telling your stories
Digital connections
December patchwork
The feast of grace