Church publications: Which way to go? 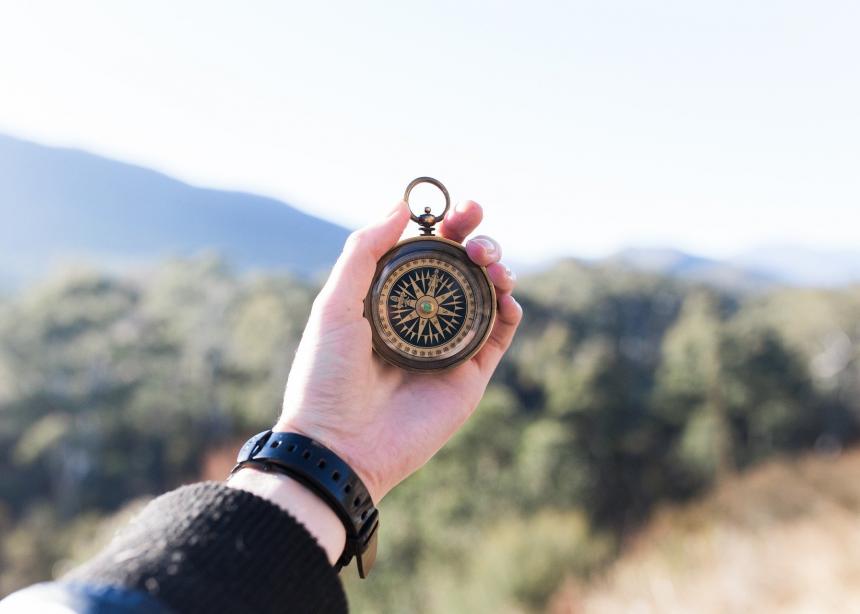 'Recently, three Christian publications have each turned a different direction...' (Image by Pexels/Pixabay)

I know an intersection with three street signs: Eastglen, Westglen and Northglen. Delivery trucks sometimes end up at the wrong house for failing to notice which Glen they need. Making it worse, Eastglen and Westglen are semi-circles that connect to form one circle. You can turn East and get to West or vice versa. Sometimes, a driver pauses extra-long at the T, trying to figure out which way to go.

The magazine industry is at this kind of crossroads. All magazines and newspapers, secular and faith-based, have been approaching the intersection for some time. There are many possible ways to deliver content to readers: print, video, blogs, e-newsletters, social media and more. Will one direction be more successful than another? Publishers need to generate revenue to sustain journalism, but revenue from subscriptions and advertising is declining. How thin can we stretch ourselves as we test multiple directions at once? The way forward is not clear.

Recently, three Christian publications have each turned a different direction at the T.

Our U.S.-based sister publications, The Mennonite and Mennonite World Review are merging. They plan to launch a new combined product late in 2020. TM has a large email and web audience. MWR has a broader audience appeal since it is independent of any Mennonite denomination. (TM is also independent but is affiliated with Mennonite Church U.S.A.). By merging, the two publications share resources, reduce duplication and avoid competing for the same readers. With the new publication, they commit to providing “compelling, thought-provoking content from an Anabaptist perspective.” A merger is one direction.

Going a different direction is the United Church magazine. Formerly called the United Church Observer, it has been renamed Broadview to attract readers from outside the denomination. Independently governed, Broadview still receives some funding from the United Church of Canada and includes a section for denominational news. The publication promotes itself as “the voice of Canadian progressive Christians and those who share our core values.” Because of a big promotional budget to help launch Broadview, you may have seen it showing up on your local newsstand, in your social media feed or as a flyer in one of your other magazines.

And then there is the direction taken by the Canadian Conference of Mennonite Brethren Churches, which is to cease publishing the MB Herald in January. The MBs cited budget cuts and low readership as reasons for the closure. In print since 1962, the Herald differs from the previous examples because it is not independent. It did have editorial freedom at one time. In recent years, though, Herald content was directed by conference leadership. Critics of the decision believe that readership fell off because the magazine was no longer a place for independent church conversations.

John Longhurst, who got his start in journalism by working at the Herald, wrote in a Nov. 25 column published by MWR, “Healthy church publications are a denomination’s water cooler, its meeting place, an opportunity for people of different views to hear each other out and engage in productive dialogue and critique.”

Canadian Mennonite is at the crossroads, too. In 2019, we turned towards a stronger digital presence. We hired a full-time online media manager, Aaron Epp, to manage social media and content for the growing audience on our website. We published four digital-only issues of this magazine delivered by email, on top of the 22 print issues that were sent to subscribers. To make sure that print-only subscribers were not short-changed, we increased the page count of the magazine and published more content in total.

As this year draws to a close and we look to next year, the CM team prayerfully invites your continued support in this magazine’s mission “to educate, inspire, inform and foster dialogue on issues facing Mennonites in Canada.” We rely on your continued involvement to fuel this magazine’s ongoing journey. You show it with letters to the editor, submitting your own stories and photos, sending story suggestions to regional correspondents, and through your subscriptions and donations. You may have already donated in response to our fall fundraising drive. Thank you very much.

On behalf of everyone at Canadian Mennonite, we wish you a blessed Christmas. May Christ’s light shine in our hearts this season and throughout the coming year.

Read more editorials:
What shall I wear: Sport coat or cardigan?
Going deeper together
Shaped by our essential book
Stories told and untold
Disciples and citizens

'Recently, three Christian publications have each turned a different direction...' (Image by Pexels/Pixabay)