What shall I wear: Sport coat or cardigan? 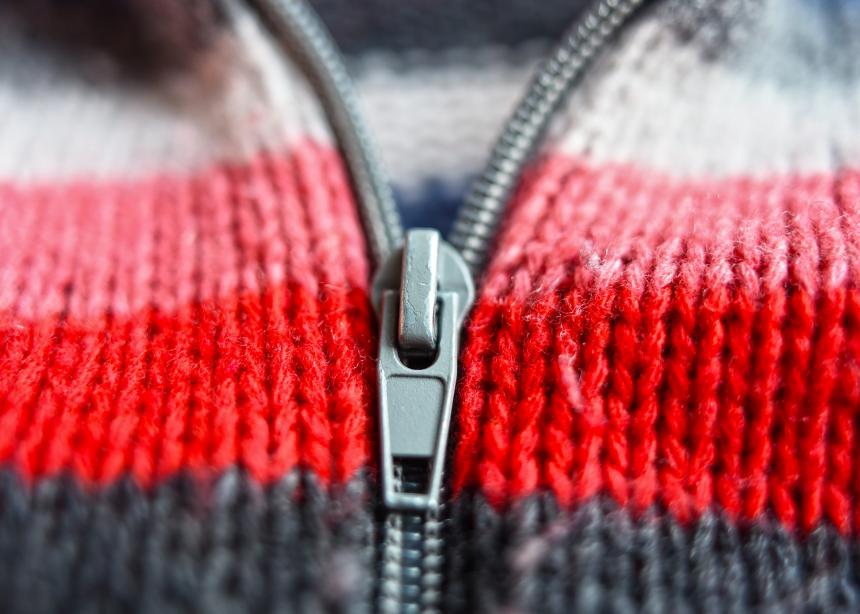 'That got me thinking about Fred Rogers. Yes, the soft-spoken host of the children’s television program "Mister Rogers’ Neighborhood." Wearer of the simple cardigan sweater.' (Image by Mabel Amber/Pixabay)

Recently TV sports personality Don Cherry lost his job for making disparaging comments to “You people,” which viewers and the company that employed him interpreted to apply to newcomers in Canada. The airwaves, newspapers and social media feeds were clogged with opinions about the outspoken commentator’s remarks. His trademark outfit: flashy sport coats.

Not being a sports fan, I know little of the flamboyant sportscaster’s history and views. But I’m troubled when someone privileged to garner such a large audience lumps whole groups of people together and then casts condemnation at them. Make them an impersonal blob and it’s easy to assume that everyone in that group thinks, believes and acts in exactly the same way. Then you have ammunition to reject or even hurt them. And you can instigate others to do the same.

That got me thinking about Fred Rogers. Yes, the soft-spoken host of the children’s television program Mister Rogers’ Neighborhood. Wearer of the simple cardigan sweater.

When my children were young, they connected with the gentle man and the other denizens of his television neighbourhood. In each episode, Mr. Rogers spoke directly to the camera in such a way that you felt he was talking directly to you, as a special person. His messages were ones of comfort to a young viewer, from “You can never go down the [bathtub] drain” to “I like you as you are, exactly and precisely.” With his large TV audience listening in, he reflected on feelings like fear and anger, reassuring each child that these were common emotions and that people, young and old, had the capacity to deal with their emotions in healthy ways.

Last year our family watched the new documentary, Won’t You Be My Neighbor? The award-winning piece highlights the unique work this broadcaster did in contrast to the loud and fast-paced children’s programming of his time. The documentary demonstrates Fred’s high respect for each individual child, a respect that he extended to each adult as well.

“The best thing we can do is to help somebody know that they’re loved and capable of loving,” he once said. “Knowing that we can be loved exactly as we are gives us all the best opportunity for growing into the healthiest of people.”

Of course, Fred learned the lesson about this kind of loving attention from an ancient master. Ordained as a Presbyterian minister for his broadcasting ministry, Fred put into practice the example he saw in Jesus.

The gospels show a Jesus who held a child on his lap and pointed to the reign of God. The teacher who discussed theology with a Samaritan woman and met secretly with the Pharisee Nicodemus. The healer who took time for a blind man, a hemorrhaging woman and a deceased little girl. The one who gently called a cheating tax collector to account and reminded a stone-throwing mob of their own individual sins. The master who called each disciple by name and, near the end of his life, washed each of their dusty feet.

In the everyday times of our life, we face the great temptation to treat people as batches of humanity: the baby boomers, the millennials, the evangelicals, the progressives, the critics, the supporters, the insiders, the outsiders, the sinners, the pure ones. But who wants to be relegated to being a tiny point in a large crowd?

What does it mean for you and me to reject the “you people” mentality and instead treat each person as worthy of our attention? Maybe we can take the wearer of the cardigan as an example of how to listen to and respect each one of our neighbours.

Colossians 3:12-14 uses the metaphor of clothing, encouraging Christ’s followers to treat all as beloved children of God. No. 38 in the Sing the Journey songbook expresses it this way: “Beloved, God’s chosen, / put on like a garment / compassion, forgiveness and goodness of heart. / Above all, before all, let love be your raiment / that binds into one every dissonant part.”

As this issue of Canadian Mennonite goes to press, a feature film on Fred Rogers is about to be released in Canada. A Beautiful Day in the Neighborhood is based on the story of Mr. Rogers and his friendship with a journalist. I plan to go see it.

The simple cardigan or the flashy jacket? We can choose.

'That got me thinking about Fred Rogers. Yes, the soft-spoken host of the children’s television program "Mister Rogers’ Neighborhood." Wearer of the simple cardigan sweater.' (Image by Mabel Amber/Pixabay)